Easter is an extremely important part of the Greek Orthodox calendar, and great are the festivities on Easter Sunday, a joyful day of celebration for families. As with all religions there are many customs and traditions associated with each faith and its landmark events, and though there are some regional differences, the preparations for Easter follow certain centuries-old conventions.

Kathara Deftera which means Clean Monday is a public holiday in Greece, and signals the beginning of the seven weeks of Lent which lead up to Easter. Special foods are eaten on this day, kites are traditionally flown, and a period of fasting begins. Lent is a quiet time, a time to reflect, and so there are typically no weddings, no parties, no raucous revelry. Clean Monday is however preceded by the Greek carnival, known as Apokria, and what a fun season that is!

One charming custom for children is that of Mrs (Kyria) Sarakosti, which surely originated as a way for children to understand and prepare for Easter, rather like an Advent calendar. In some parts of Greece, Mrs Sarakosti is made of paper, and in others she’s prepared of a simple flour and water dough, then baked. However she’s made, Mrs S has one leg removed each week until Easter, thus building up great excitement until the effigy is quite literally legless and Easter Sunday has arrived.

We were visiting good friends in Volos last Saturday and had the pleasure of watching their son Michael as he prepared Mrs Sarakosti from the instructions provided by his school teacher; she obviously took some trouble to do this for her class.

The handout begins with a delightful little poem about Mrs Sarakosti and what she represents. 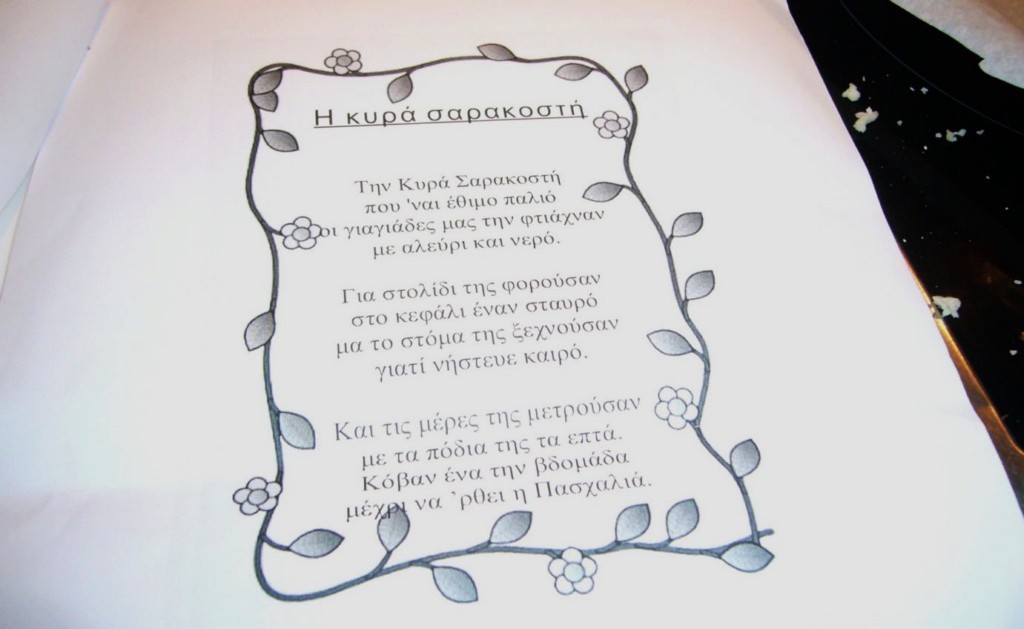 The verses, roughly translated, explain that:

Mrs Sarakosti
Is an old custom
Our grandmothers made her for us
With flour and water.

Michael followed the directions meticulously. He mixed the dough and shaped the good lady very carefully, before baking her in the oven. His little sister, Nelly, wisely left him to it; looks like she could become a career diplomat. 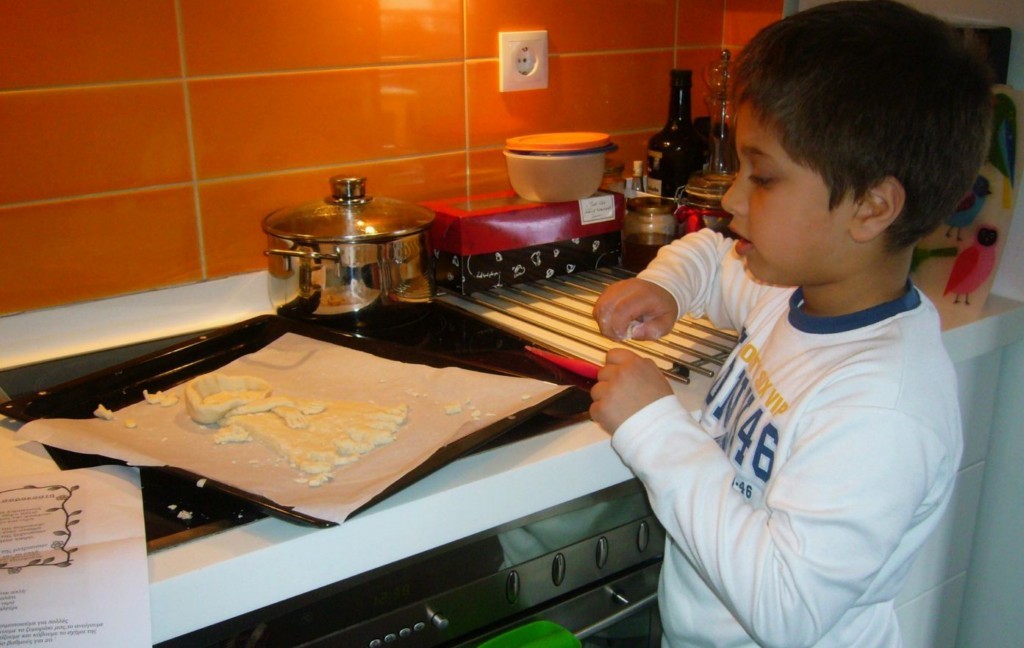 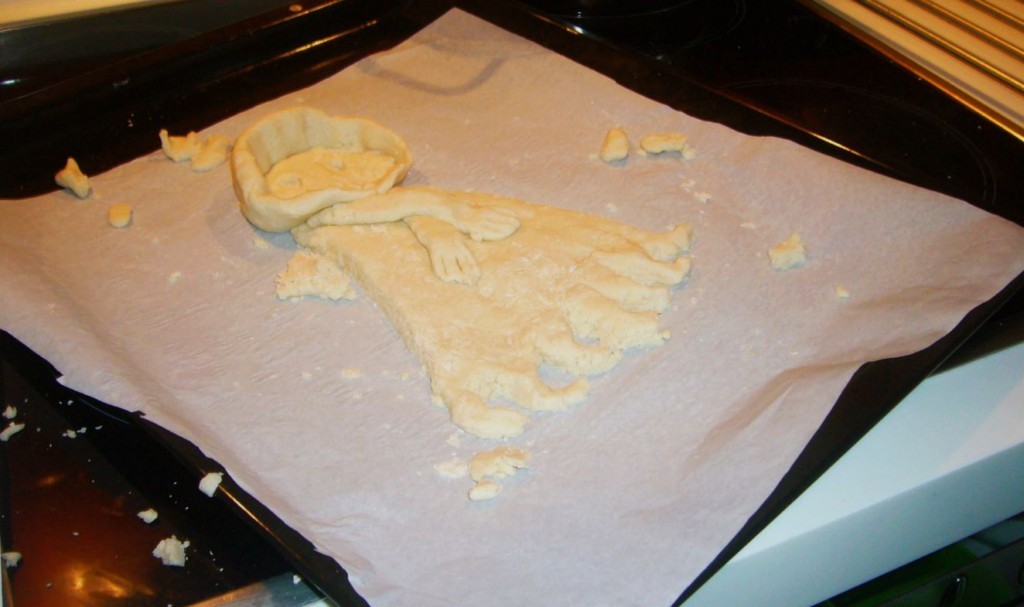