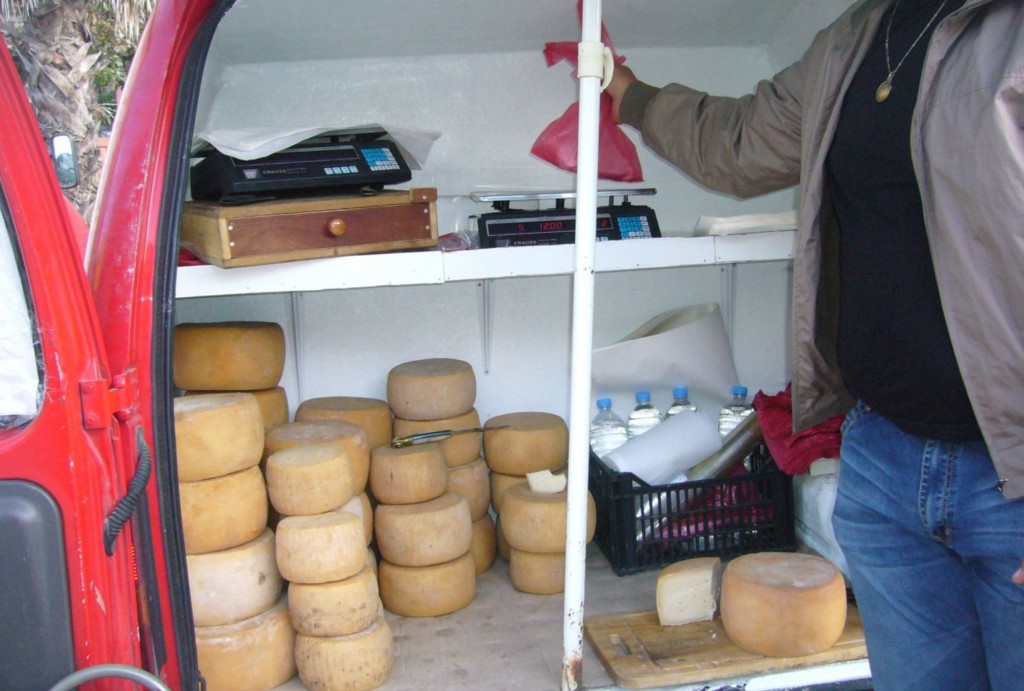 I intended to take a photo of this artwork, but it quite slipped my mind once I got caught up in the excited discussion. 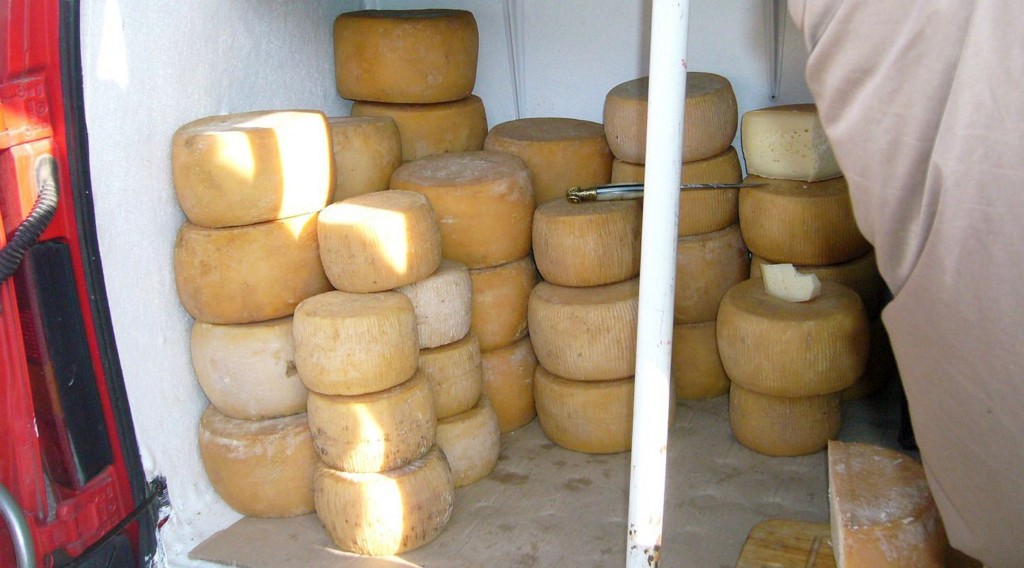 They had come from Crete, Greece’s largest island, with their cheese, travelling by ferry – an overnight trip. They handed out samples, cut with a penknife, no plastic gloves. 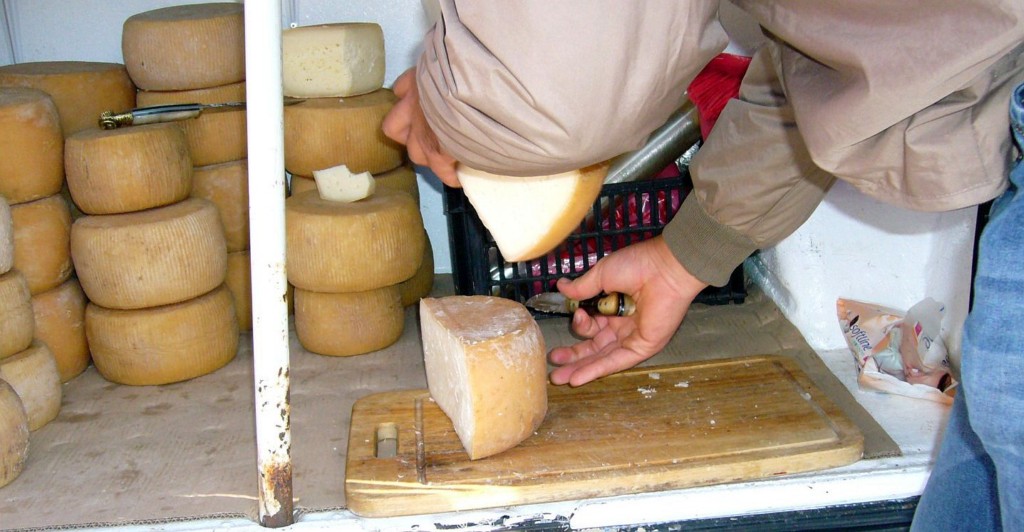 “Here, taste it!” I managed to avoid doing that, and bought a whole cheese, a small one instead. It is very tasty indeed, quite mild and fairly firm. We ate some for lunch, with wholegrain bread still oven-warm from one of the village bakeries, honey-sweet tomatoes from a delightful character outside the church, sprinkled with basil from my garden, and our own oil and olives. 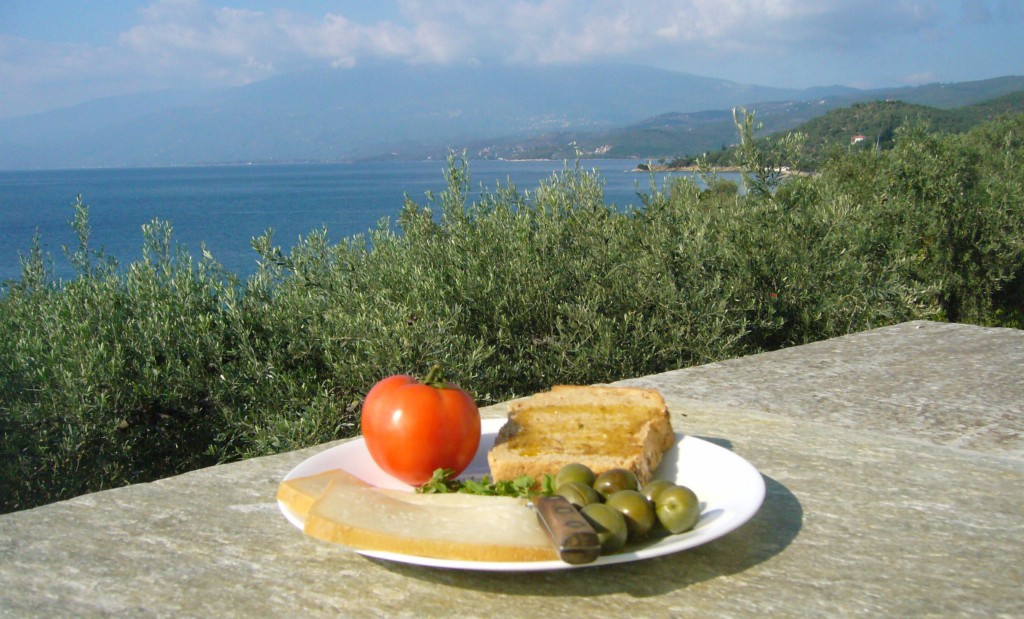