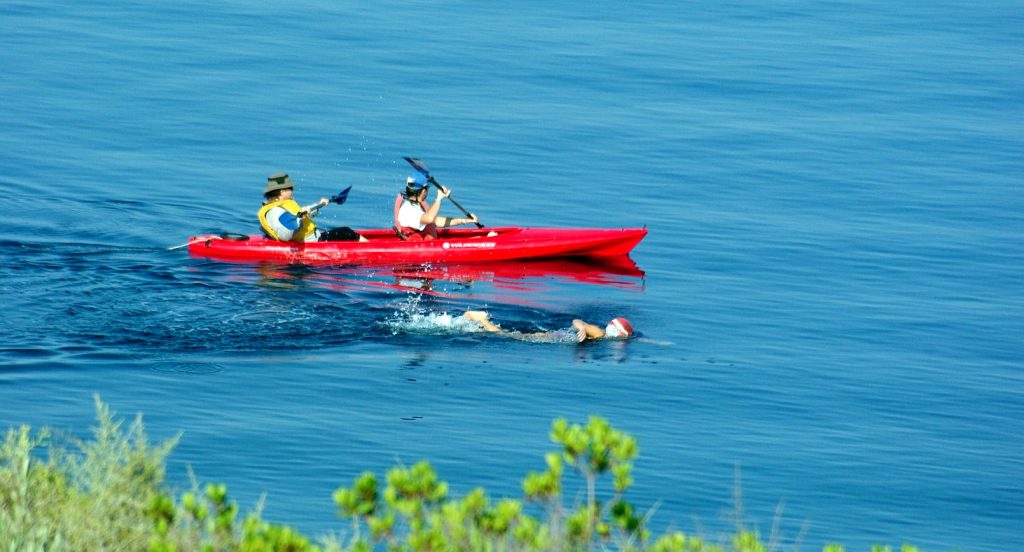 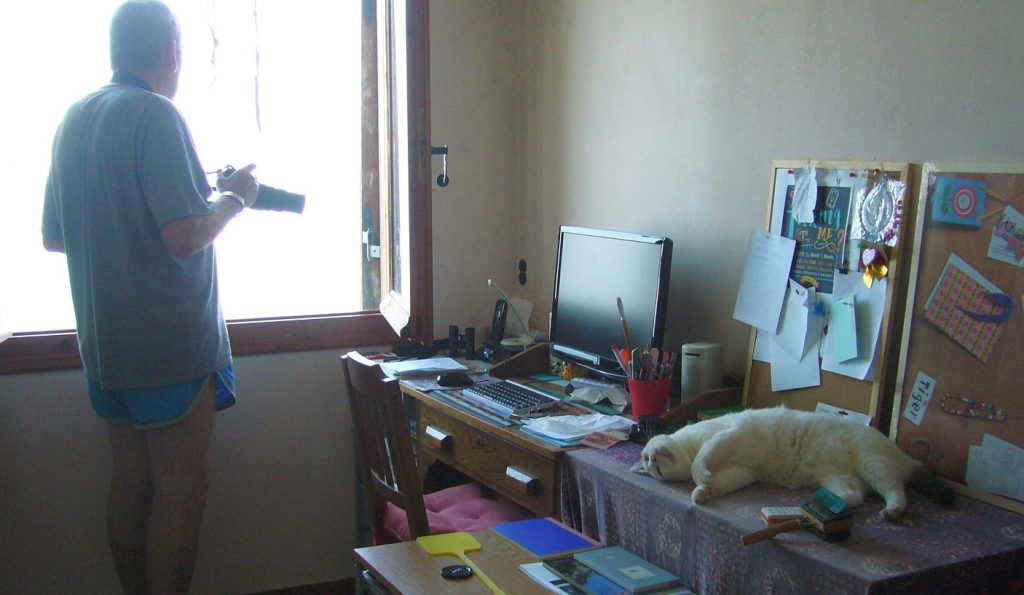 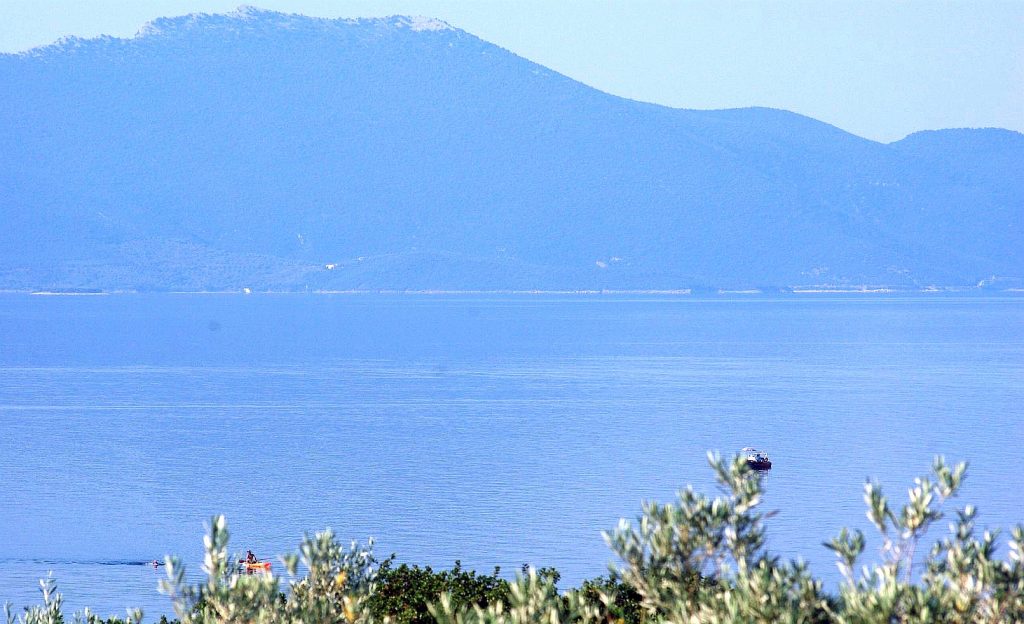 We spent a couple of days this week in the Pieria region of Central Macedonia with friend Dave and the indomitable Tex, a Greek sheepdog rescued here in Pelion. Central Macedonia is one of Greece’s thirteen administrative regions; we are in Thessaly. 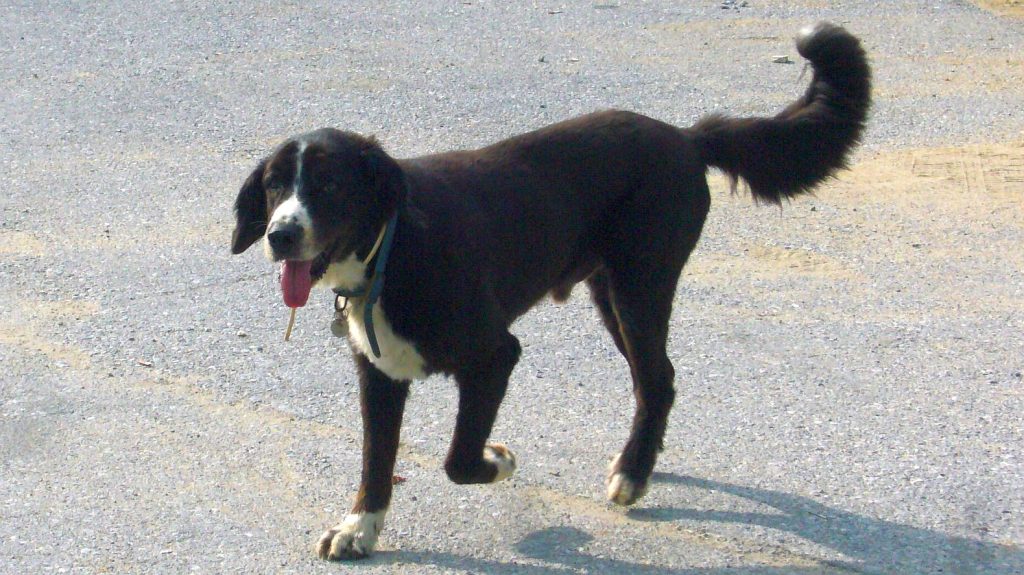 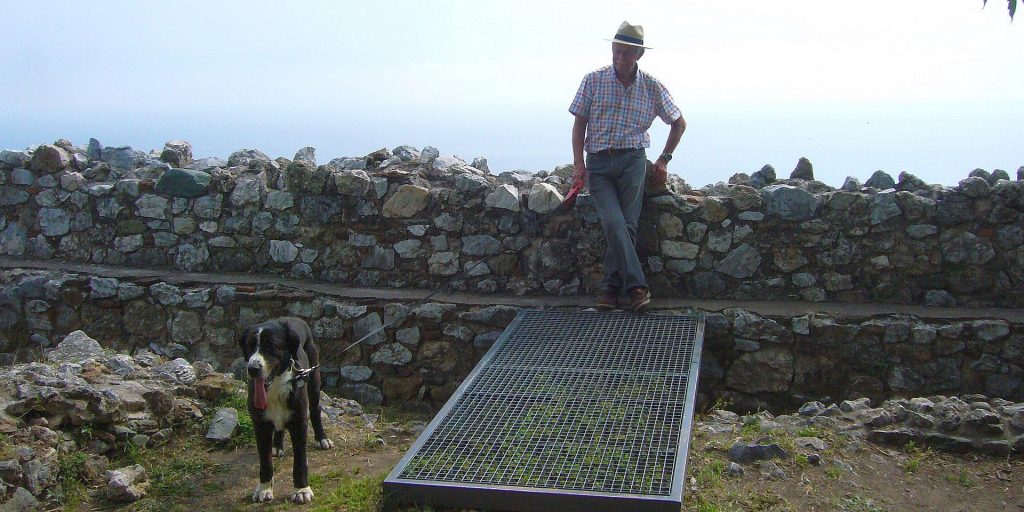 For those who might be interested in the ongoing row between Greece and the Former Yugoslav Republic of Macedonia (FYROM), which claims Alexander the Great and wishes to be called Macedonia, I offer the following links, picked randomly among the great many that a Google tour will suggest.

Needless to say, I support the Greek view. 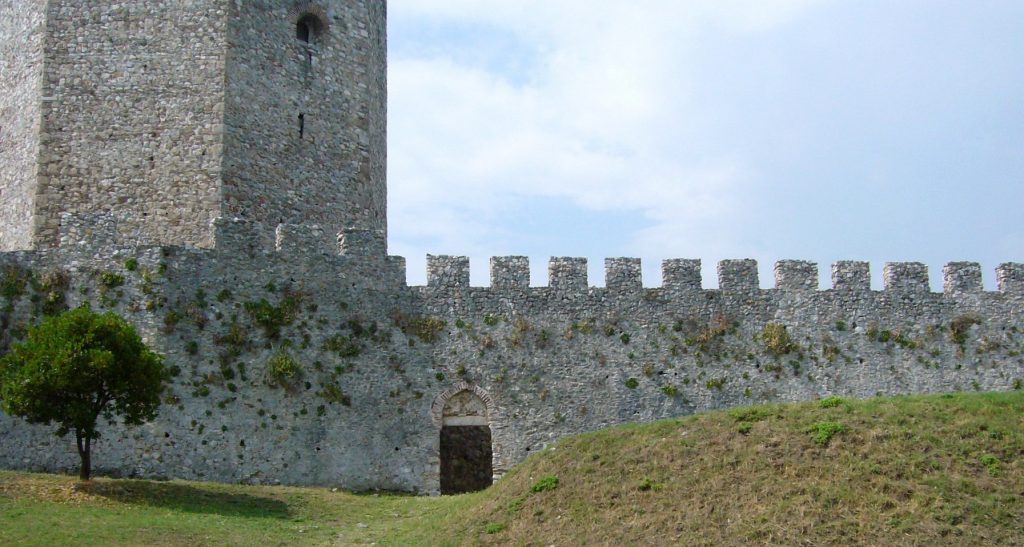 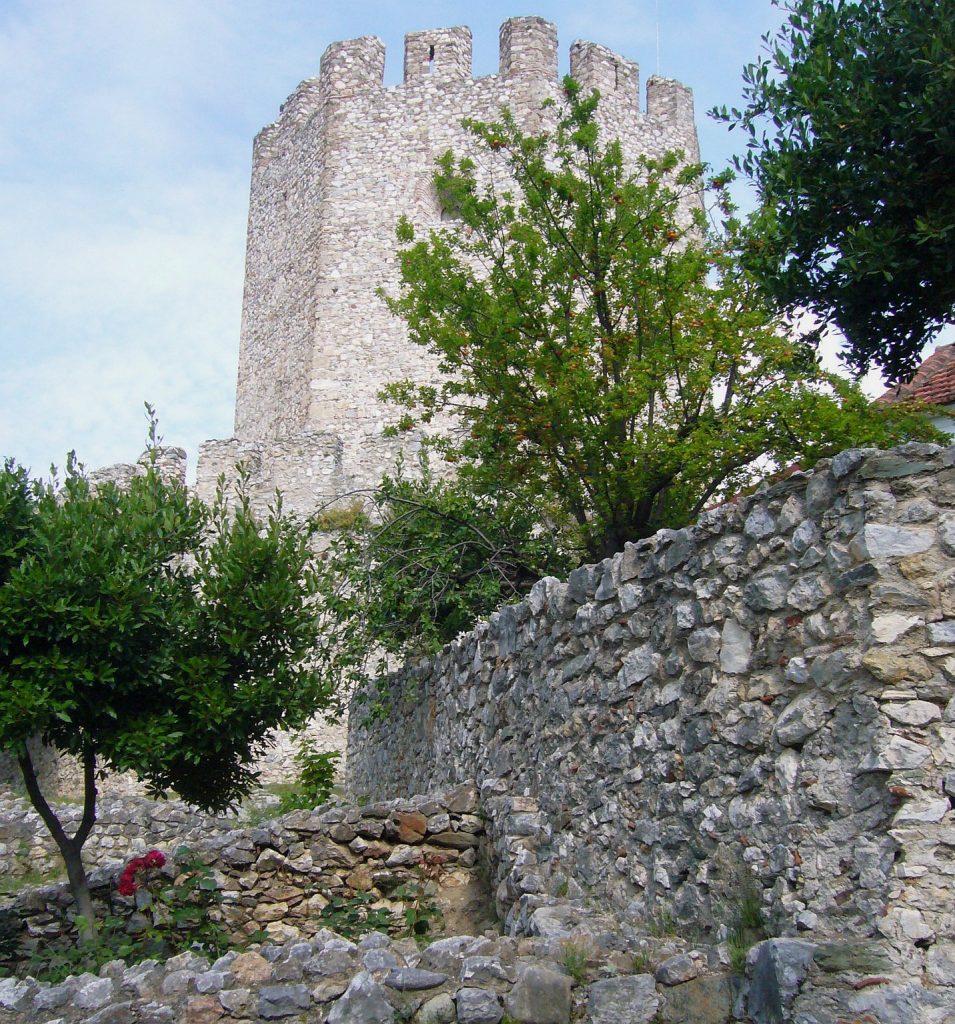 The castle, depending upon whose version of events one decides to follow, was built by the Crusaders at the beginning of the 13th century. Other sources maintain it was Byzantine, and built in the 1100s or perhaps even earlier.

Given its prominent position it was of strategic importance in controlling movement through the Vale of Tempe, which linked north and south, and in monitoring sea invasions. Pirates plundered the region repeatedly, as they did The Pelion. 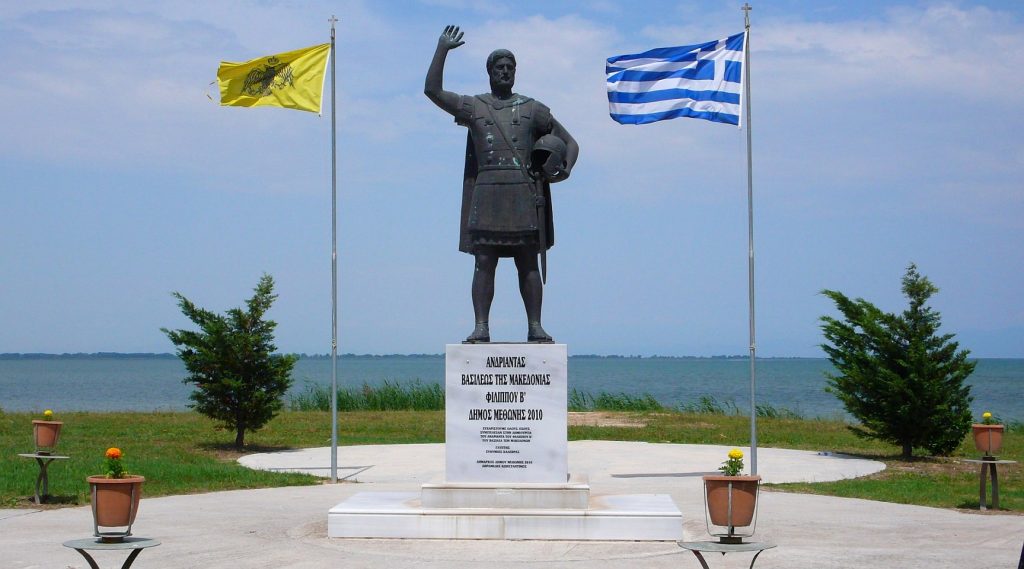 Phillip 2nd, father of Alexander, marched his men along the Tempe valley on his way to Athens, and while no defensive castle existed at the time, there were certainly other structures. We don’t know precisely what, but work continues on the site and evidence is mounting that the ancient city of Herakleion was sited here.

Long before Phillip, Xerxes trotted his troops through Tempe during Persia’s second invasion of Greece. Leonidas and his men fought to the death at Thermopylae in a vain attempt to stop him getting through the pass. Xerxes and his army then continued south to Athens where the Persians were decisively beaten at Salamis. 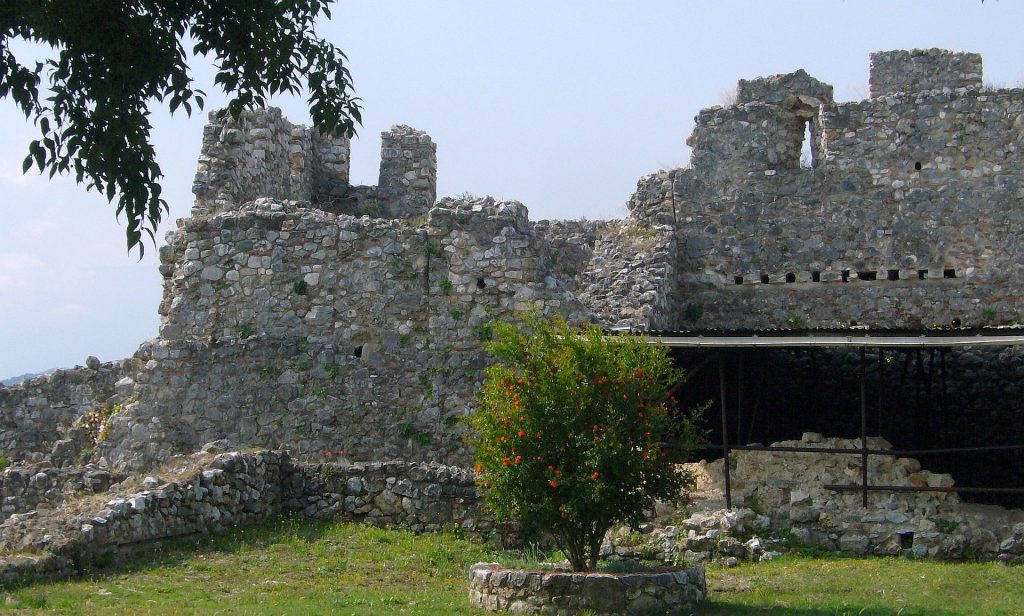 The castle was never destroyed, but has fallen into ruin over the centuries. It’s a rather fine example of medieval fortifications with all the bits and pieces one usually associates with such structures: towers, crenellations, loopholes, cannons – the whole nine yards. (Ron points out that the cannons to be seen dotted about the castle grounds are later than anything that would have been used by Crusaders.) 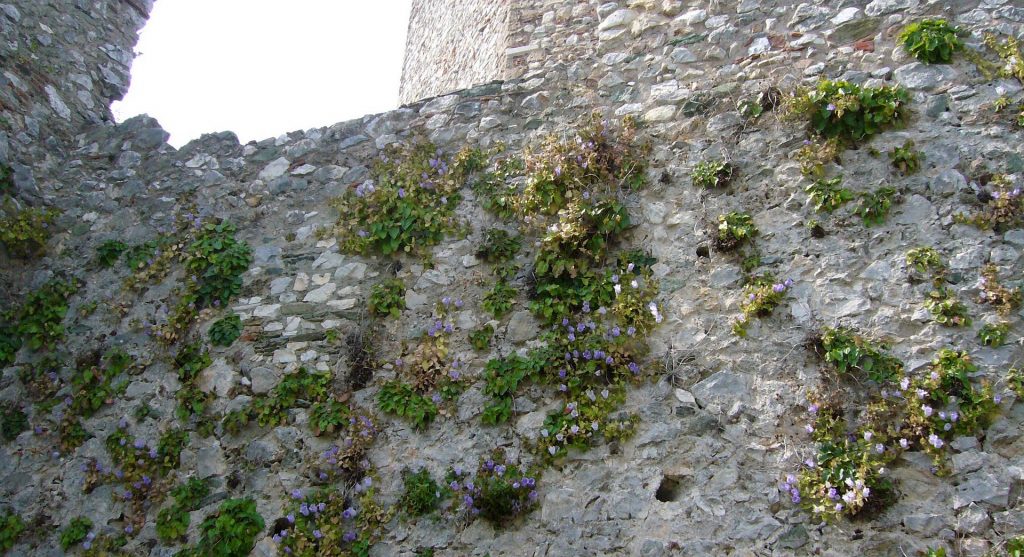 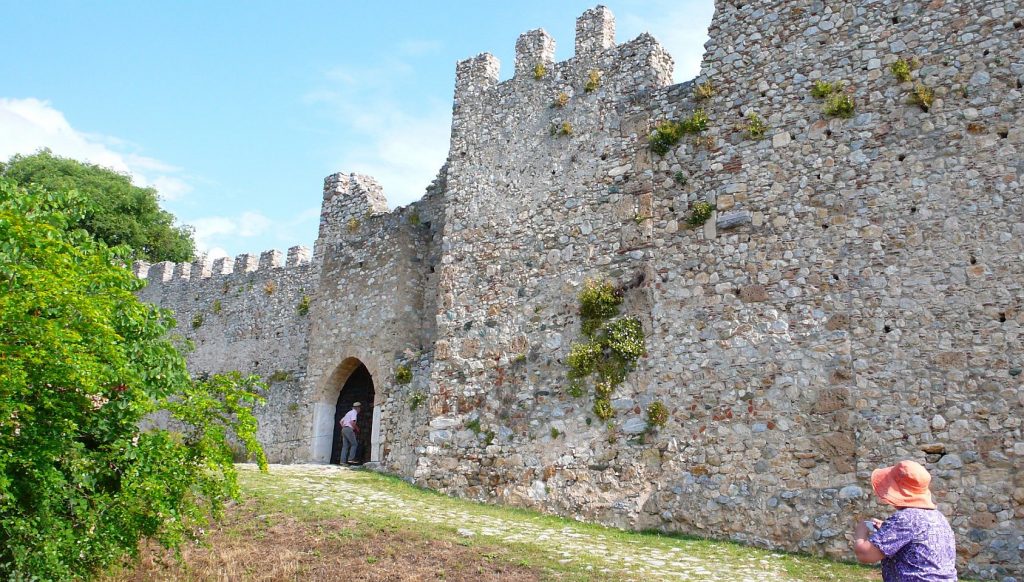 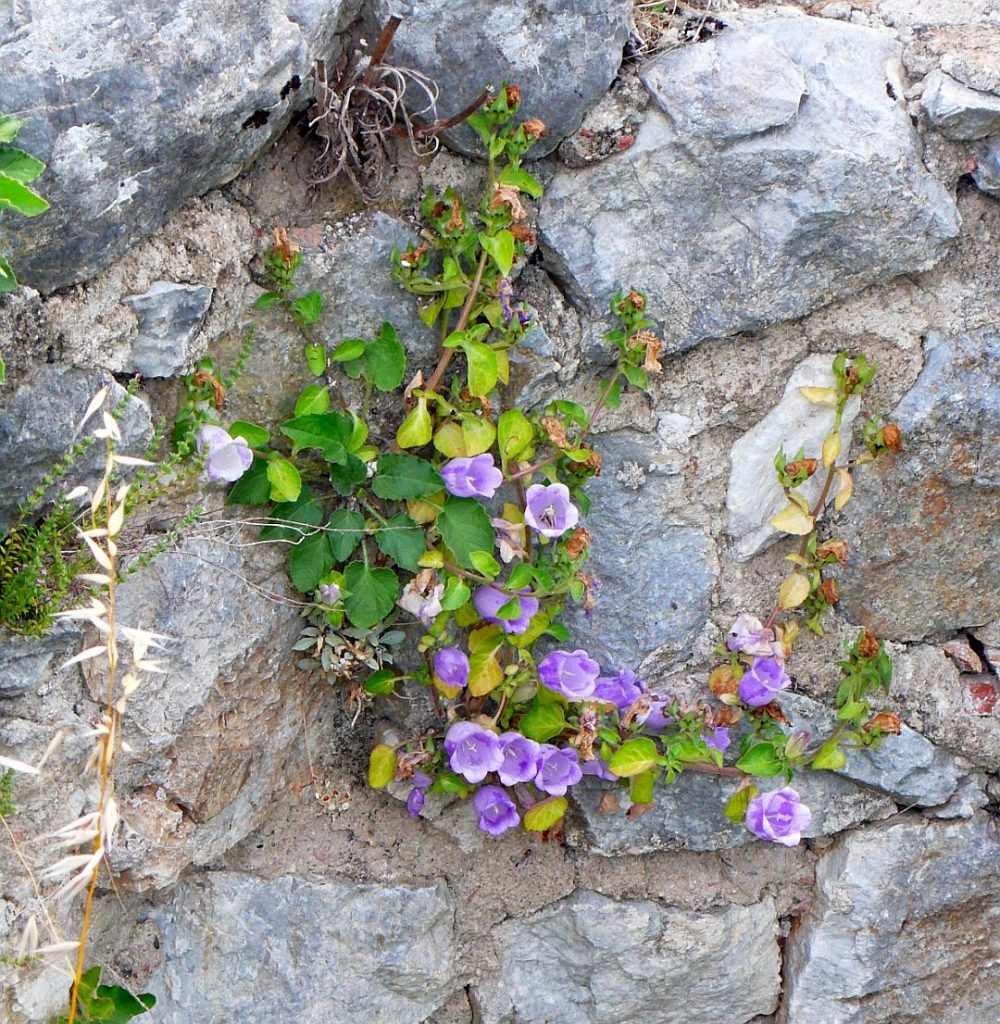 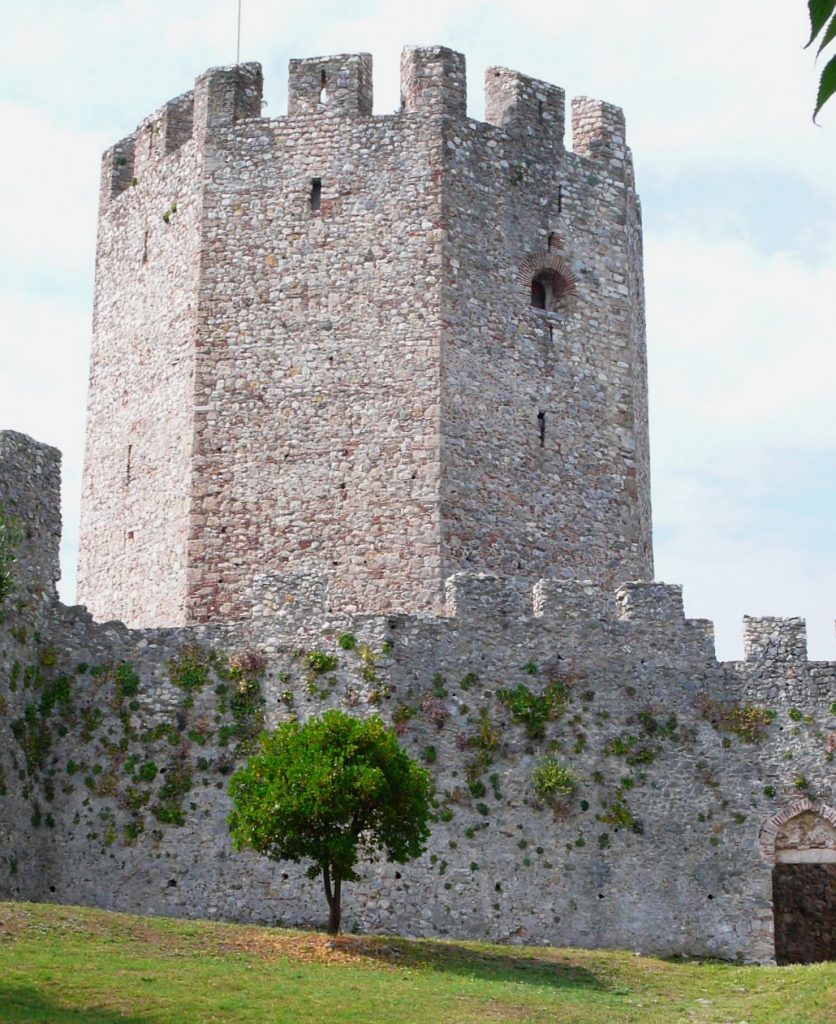 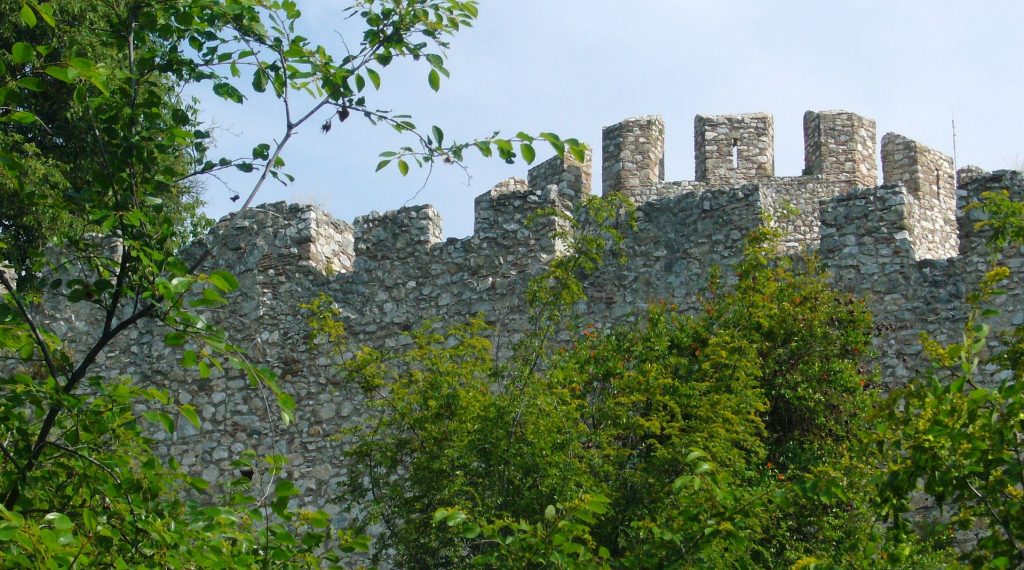 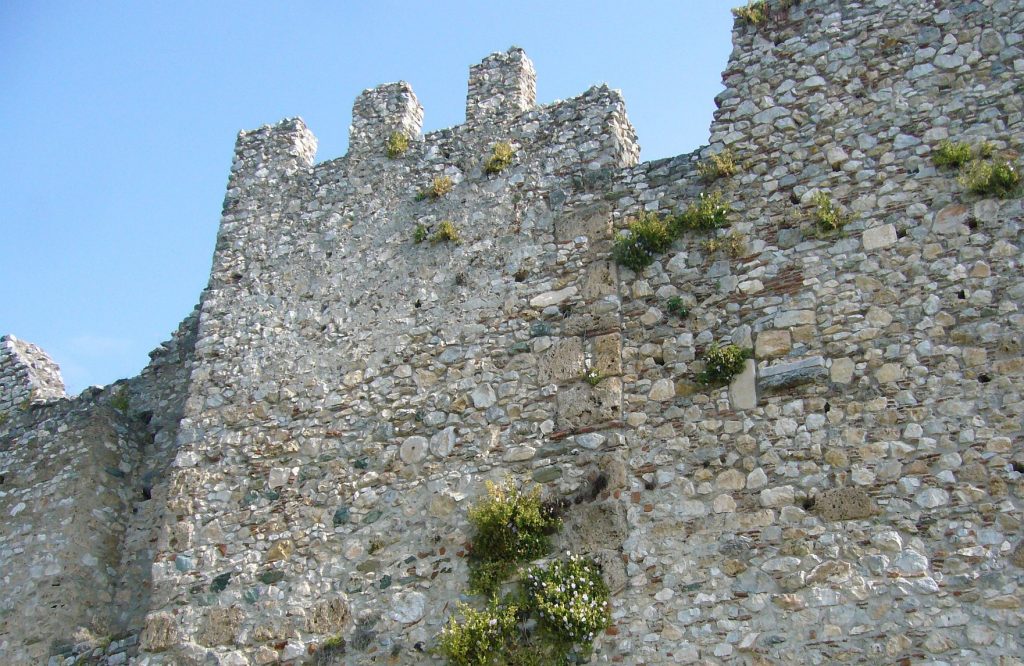 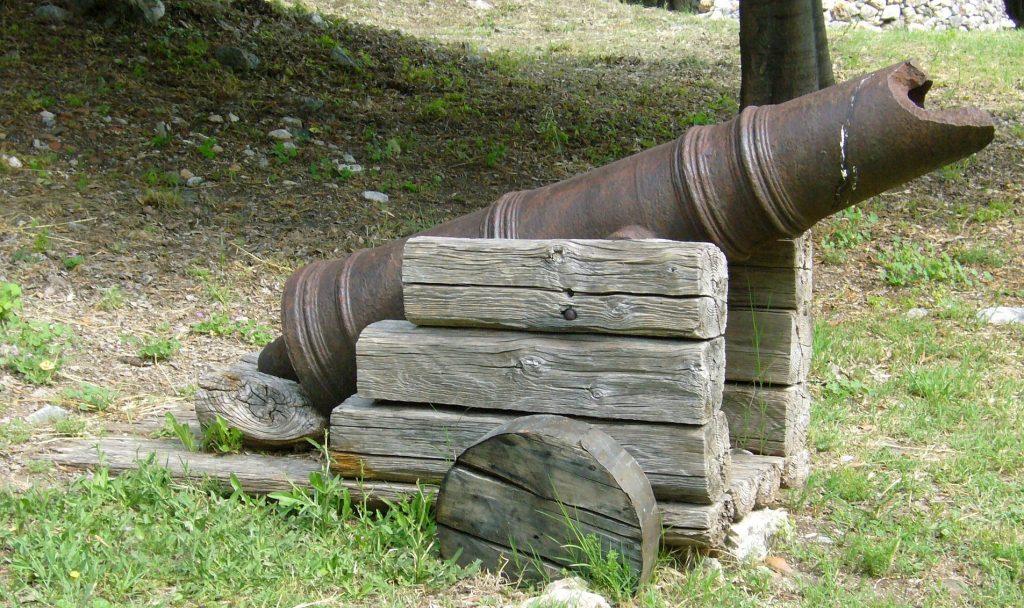 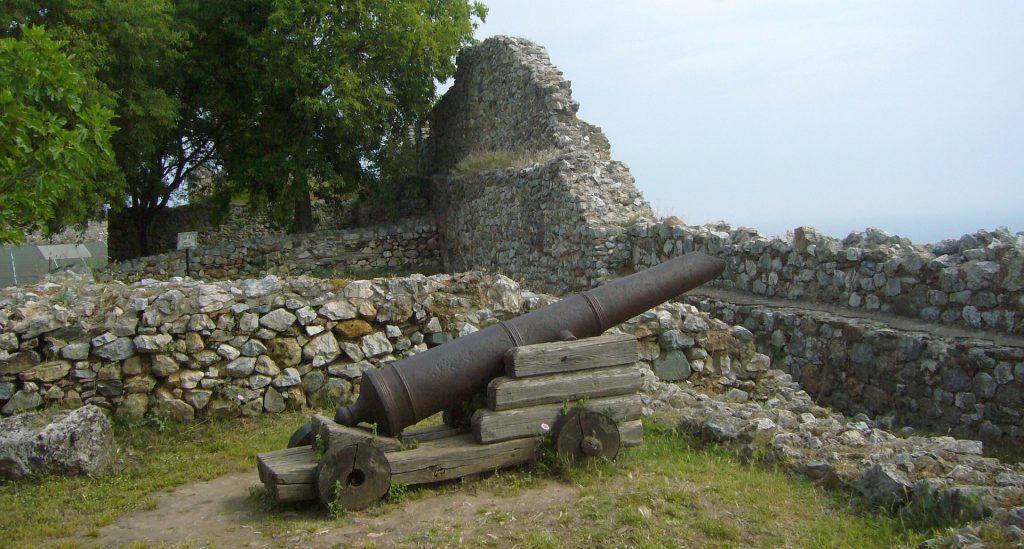 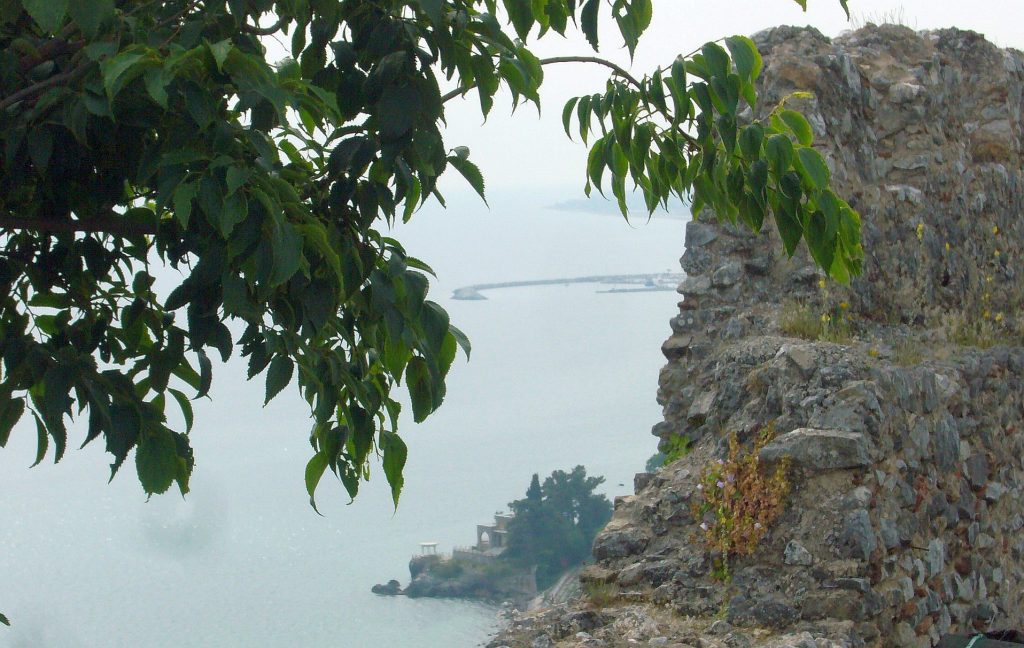 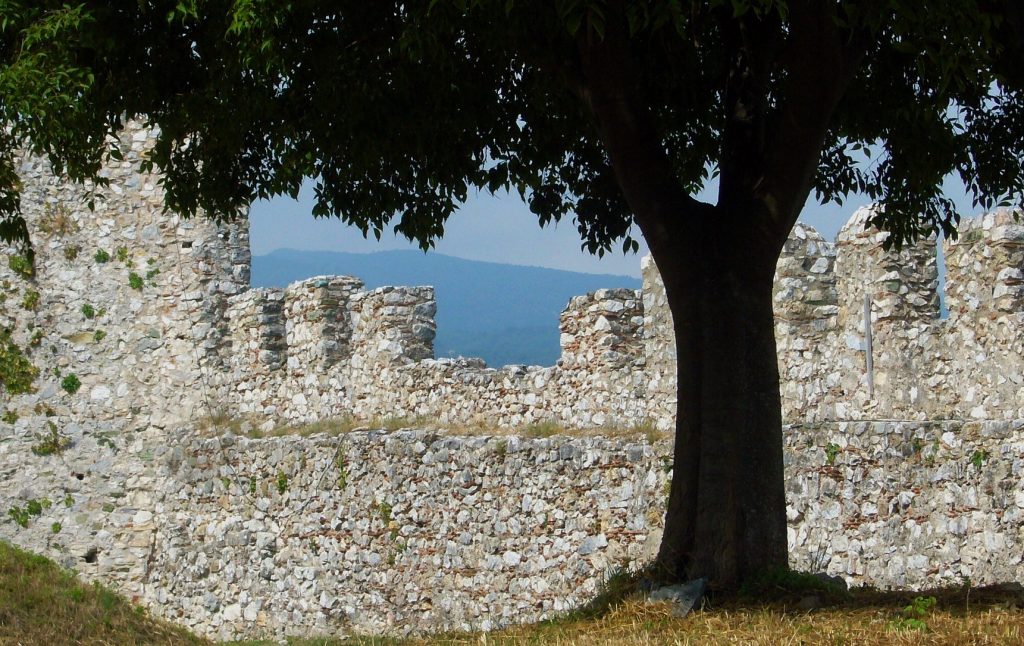 The cistern for water storage would have served the defence tower – all protected by a high wall. Presumably for a last stand?