Two of our cats are sisters. The tortoiseshell is Retsina, the marmalade one is Ouzo; they are named for traditional Greek drinks.

We took them into Volos to be neutered when they were little, confidently telling the vet that Retsina was a girl, and Ouzo a boy. He elected to operate on the girl first as the surgery is more involved. When he came to Ouzo, he called us: “You said this cat is male. Well, Ouzo is a girl, and should be called Ouzaki.” We were stunned.

I know that tortoiseshell cats are almost exclusively female, and that a male tortie is so rare as to be considered a freak, but I also believed that an all-ginger cat (no white at all) is exclusively male. Well, all-ginger females do occur. I must say, in a lifetime of being owned by cats, Ouzo is my first ever female ginger. 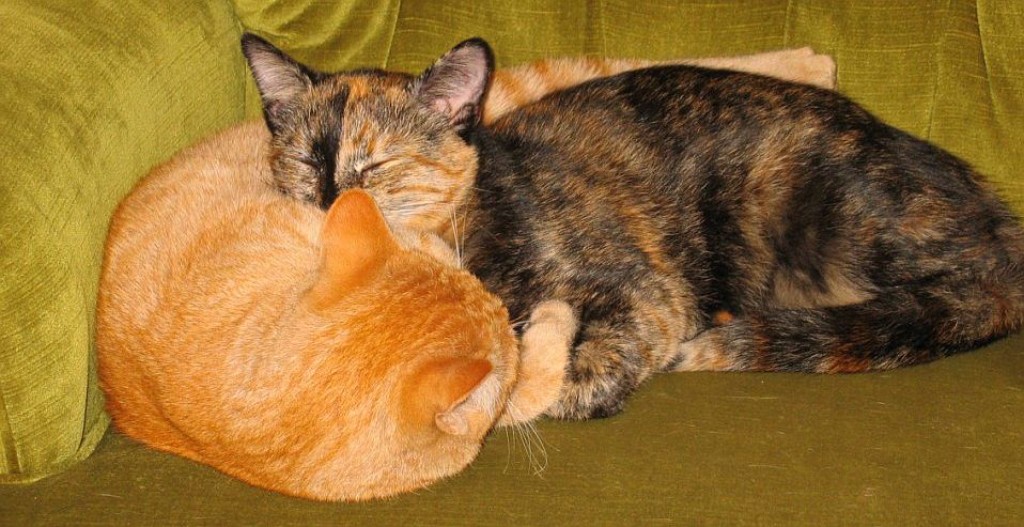 By the way, Retsina is a feminine noun, Ouzo a masculine, so yes, Ouzo should be Ouzaki, but her name has stuck and Ouzo she is. The vet still teases us about our knowledge of feline anatomy! 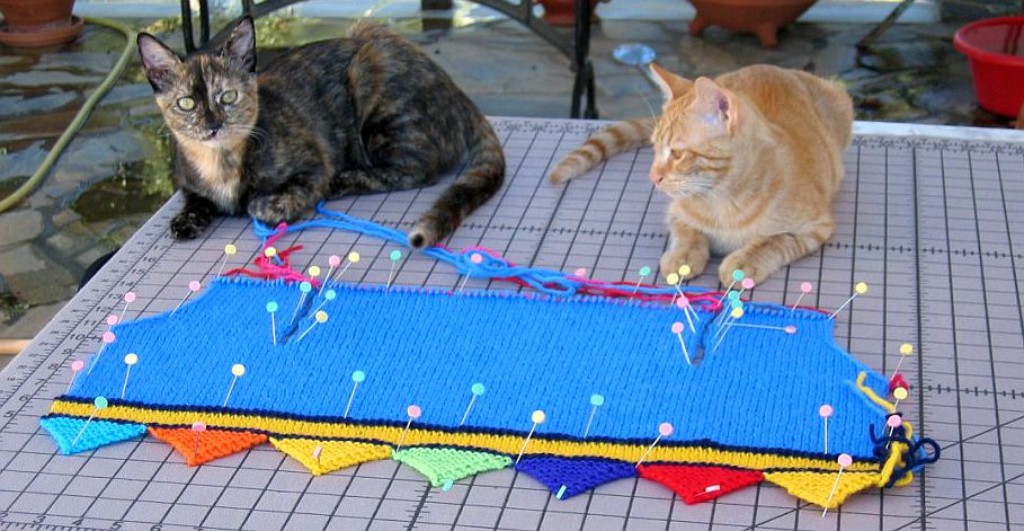 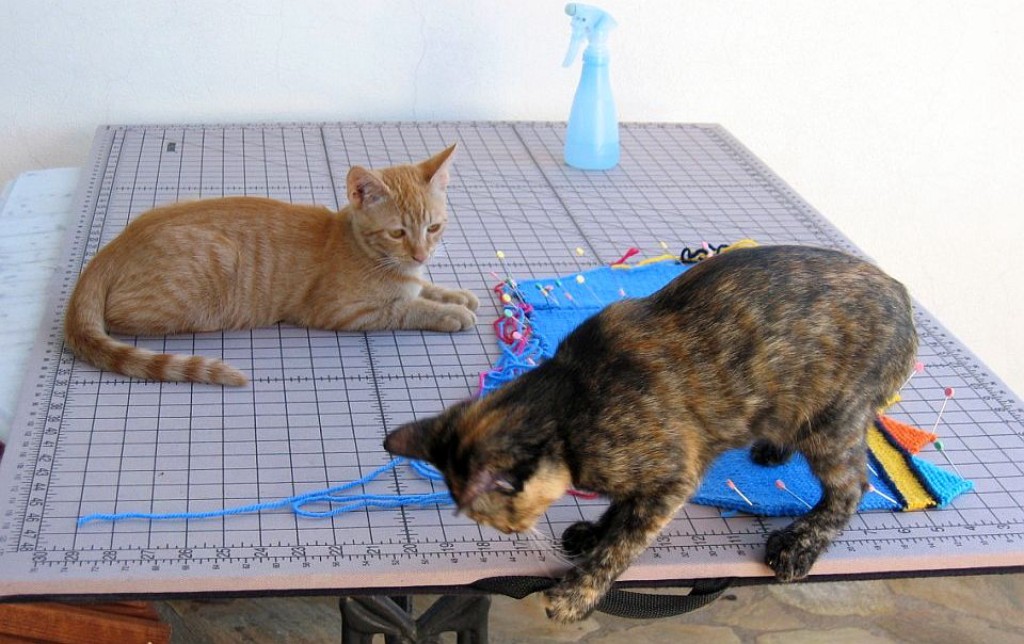 And Yet More Help

Both cats are highly nervous, highly strung, very timid, which I attribute to their early days as kittens born to a semi-feral cat. In fact, many of our friends have never even seen them as they tend to hide away during the day. It gets quite hectic around here a great deal of the time as both are frightened of the other cats, and it’s often a case of “Shut the bedroom door! Ouzo’s on the bed!” or “Don’t let Raki into my study! Retsina’s in my chair!”

Sometimes they disappear all day, particularly in the summer, and only creep in through the cat flap at night to sleep inside, where they evidently feel safe. There are plenty of foxes about, feral cats, feral dogs, and even European Wildcats which can present a threat to them. But mostly they are intimidated by Raki. That little demon, much adored as he is, torments the poor girls at every opportunity, and their lives have never been the same since he arrived. 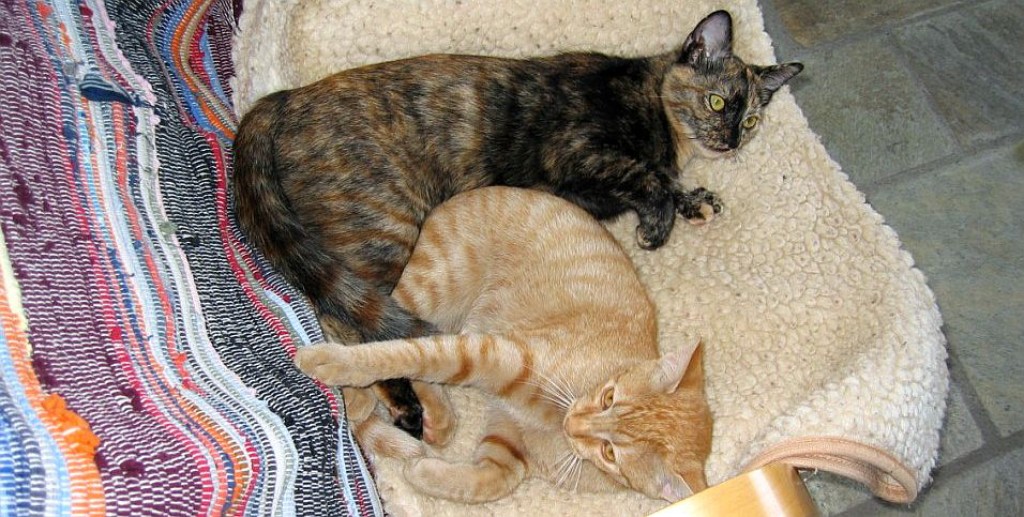 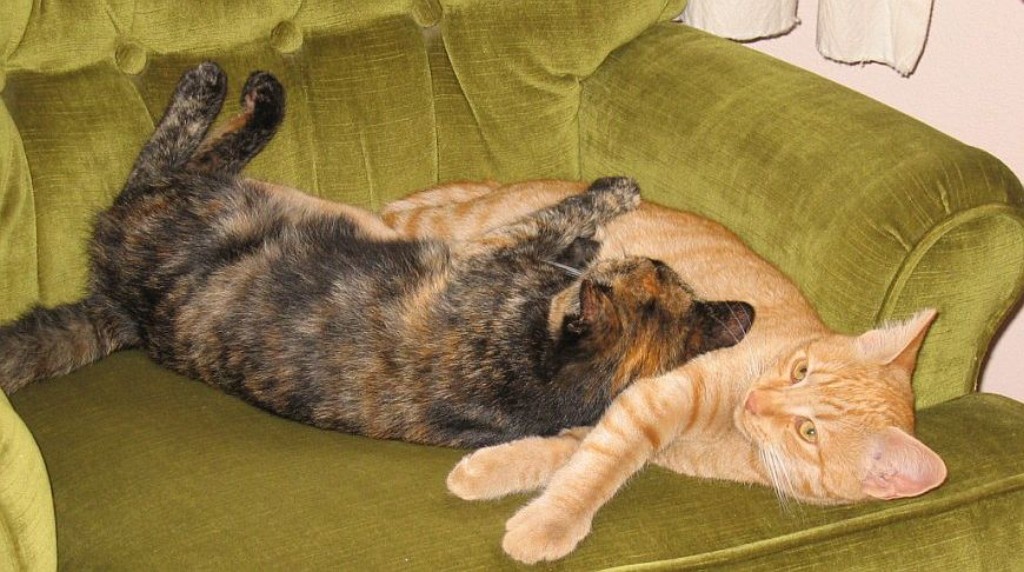 Ouzo left the house early on Wednesday night – unusual that she didn’t sleep inside – and no sign of her all day yesterday. I called and called through the early evening, with the wind roaring and the waves crashing. Nothing. She did not put in an appearance. Not a trace of her this morning. She hadn’t come in during the night, and heavy rain had set in. I was extremely uneasy, to say the least. I’ve mentioned that few people remain in the village now, and that many houses are boarded up for the winter.

A ghastly thought began to run through my head. Surely not? I couldn’t put the notion that she was somehow locked in somewhere out of my mind, so I set off in the pelting rain, calling. I walked and called. Called and walked. Suddenly, a faint sound. Could it be? Was it a cat’s cry? I called again. A louder cry seemed to answer me. I stumbled on, confident that I was hearing Ouzo. Yes! Her crying was coming from a storage basement in a closed up holiday property nearby. I couldn’t see her at all, but she was clearly down there, and the owners are down in Athens.

So I did the only thing I could and activated the bush telegraph, which has been greatly improved since the advent of the mobile phone. I called Costa, our marvelous Albanian who is the general factotum of most of the village. He called Elias, our equally wonderful Albanian stonemason, who called I know-not-who, who located Niko, the caretaker, who has a key. He lives on the other side of the Pelion Peninsula, quite a long way to come on his old motorbike and in the rain. Bless the man, he said he’d come.

Meanwhile, my husband walked over to see what he could do. Ouzo beat him back to the house! We found out later that Niko had been at the property on Tuesday, securing it for the winter, and hadn’t noticed that the door to the little-used storeroom wasn’t properly locked. Ouzo must have sneaked inside and the wind blew the door shut. Hence her absence.

Ouzo’s asleep now in my study, well fed and warm, but Niko would not have been back for months. I think I need a drop of ouzo …. 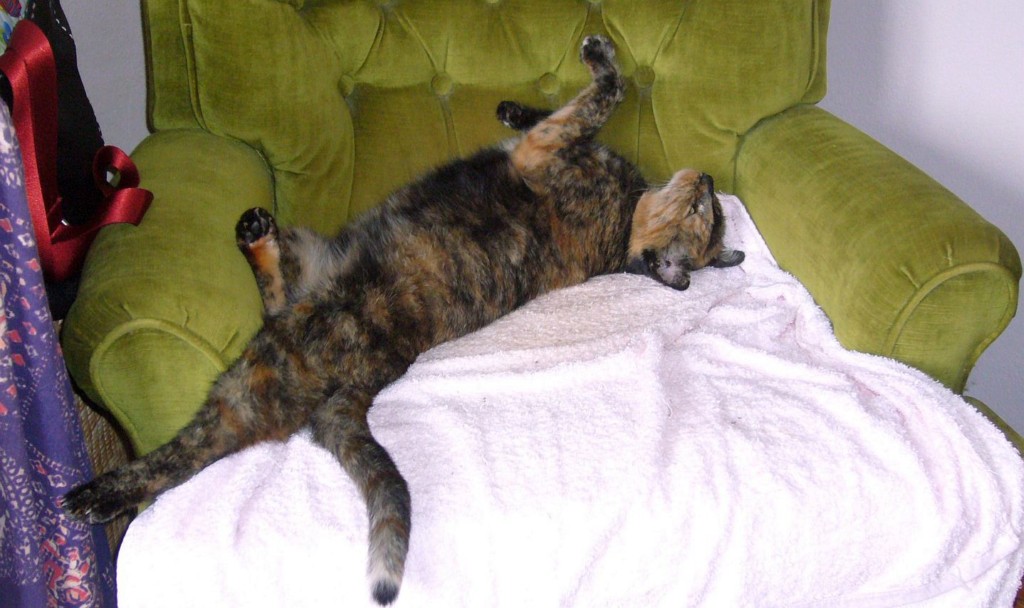 Retsina, not appearing to miss Ouzo 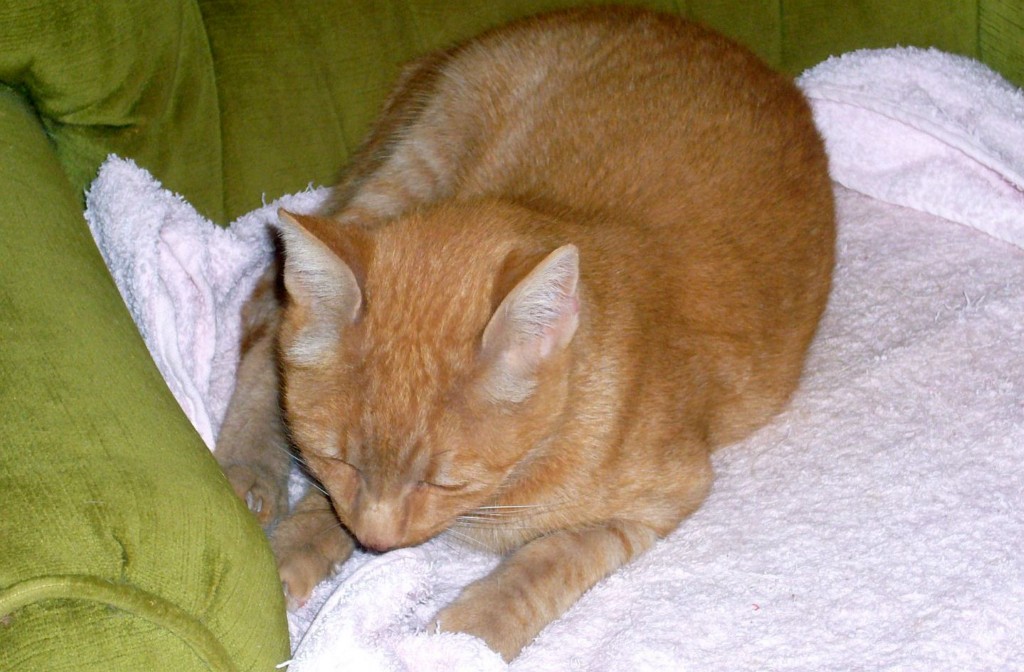