Zeus rumbled and grumbled all night long, stumbling about from North to South, from West to East in an ever-changing pattern. Just as we seemed assured of a heavy downpour, the great mass of cloud shifted its attentions across the Gulf from us and a massive hailstorm destroyed almost all the almond crop in Farsala. 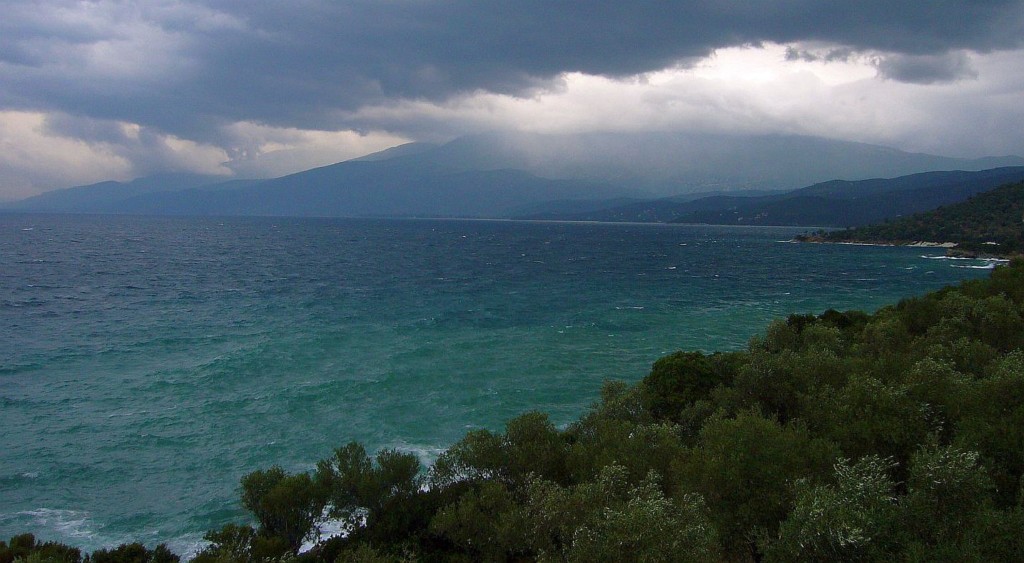