This morning turned into a rather hectic one. Freddie has been picking our olives for the last two days. He’s Costa’s son-in-law but Costa’s in Crete at the moment, so is missing out on our olive harvest.

The olives here have ripened very early this year, and are falling off the trees. The mills aren’t even fully open yet but we need to get our olives pressed quickly. The oil should be exceptional because we haven’t had any of the olive beetles this year. I’ve no idea why we’ve been spared – I think this last winter, a very severe one, might have bumped them off, but some locals think the record-breaking heat had something to do with it. I don’t care what caused their welcome absence, and I sincerely hope they will never return.  We don’t spray against them – no poisons have ever been used on the land – but they do damage the olives and affect the quality of the oil.

Freddie was gathering and packing the olives in his quiet methodical way when I got a call from Elia, our most wonderful stonemason, to say he was on his way down and please to open the gate. He’s been doing some work on a terrace, and has finally managed to locate the large piece of slate we need for a table. There are many quarries on the Pelion, and each has its own distinctive stone. We get our slate from Siki for this stone has fossils of plants, and a very attractive color.  Large pieces aren’t always easily found.

Elia arrived with his brother, also called Freddie, who was to help unload the massively heavy tabletop. Their route to the terrace took them smack bang in the middle of Freddie’s olive picking activities, so he had to gather up his tarpaulin for them to get past. Then he cheerfully gave them a helping hand. Actually, these three men and Costa, among others are all part of an extended family clan from the same village in Albania.

The unusual activity had Raki in his element, and he immediately undertook the task of supervision. He has, I’m forced to admit, become something of a lardball in recent months and isn’t quite as nimble as he used to be. He was rather surprised when he had difficulty recovering his footing while disporting himself in one of the olive trees. The pictures tell part of this morning’s story. 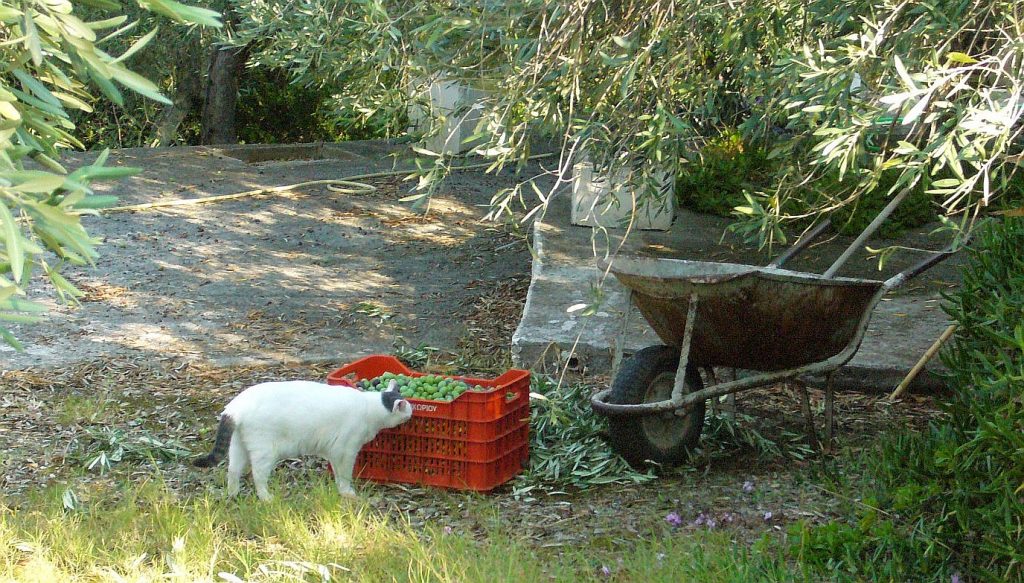 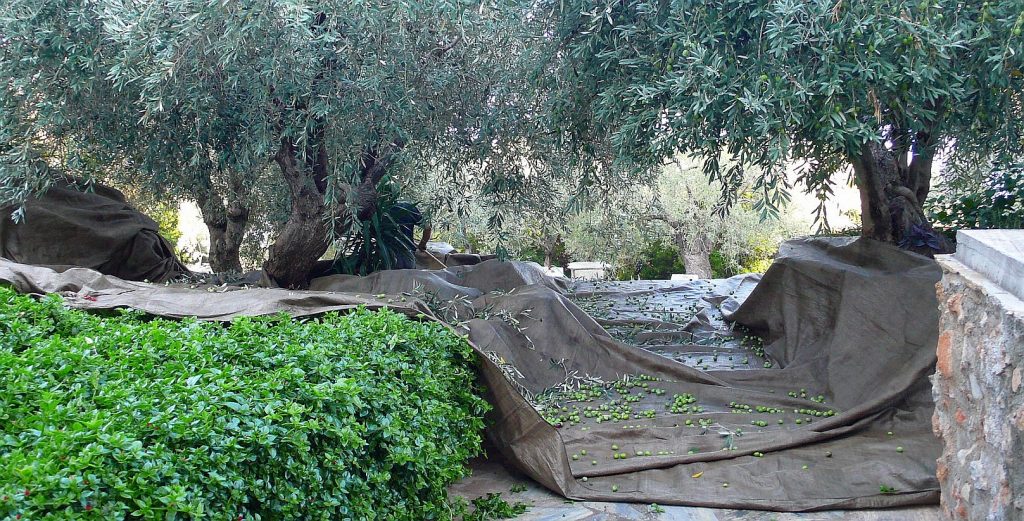 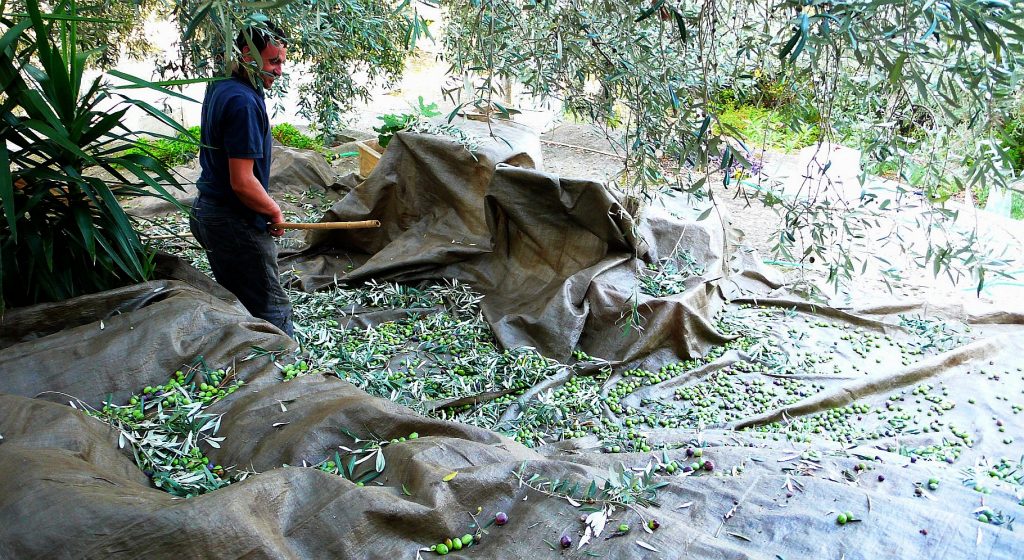 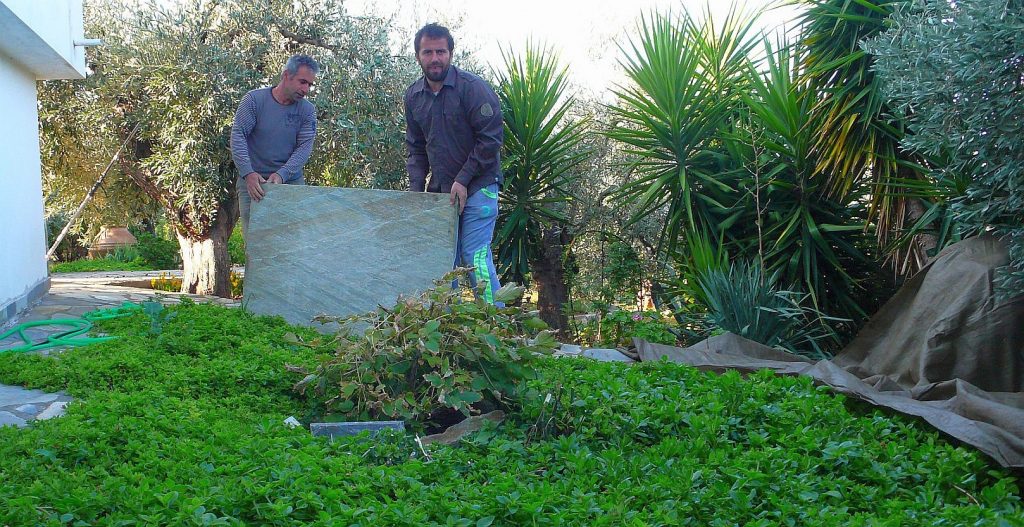 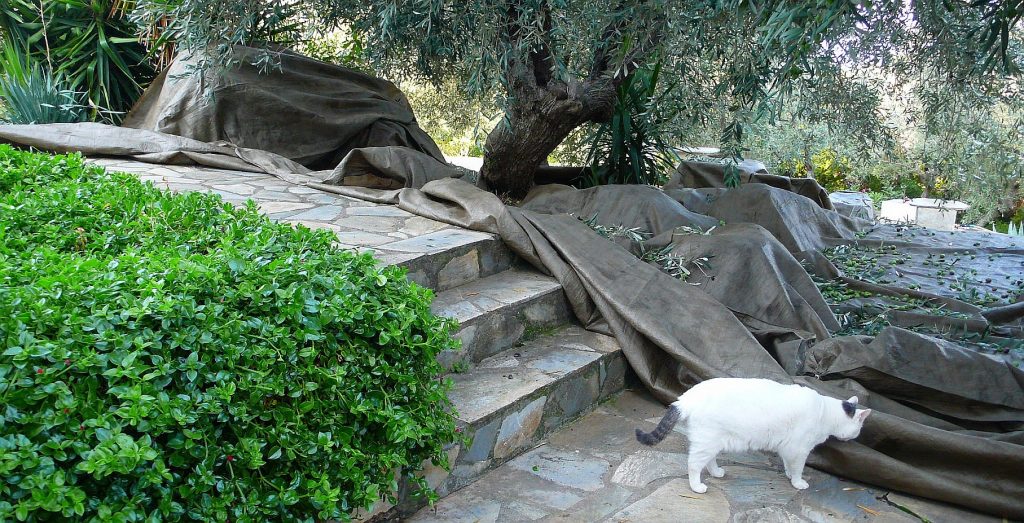 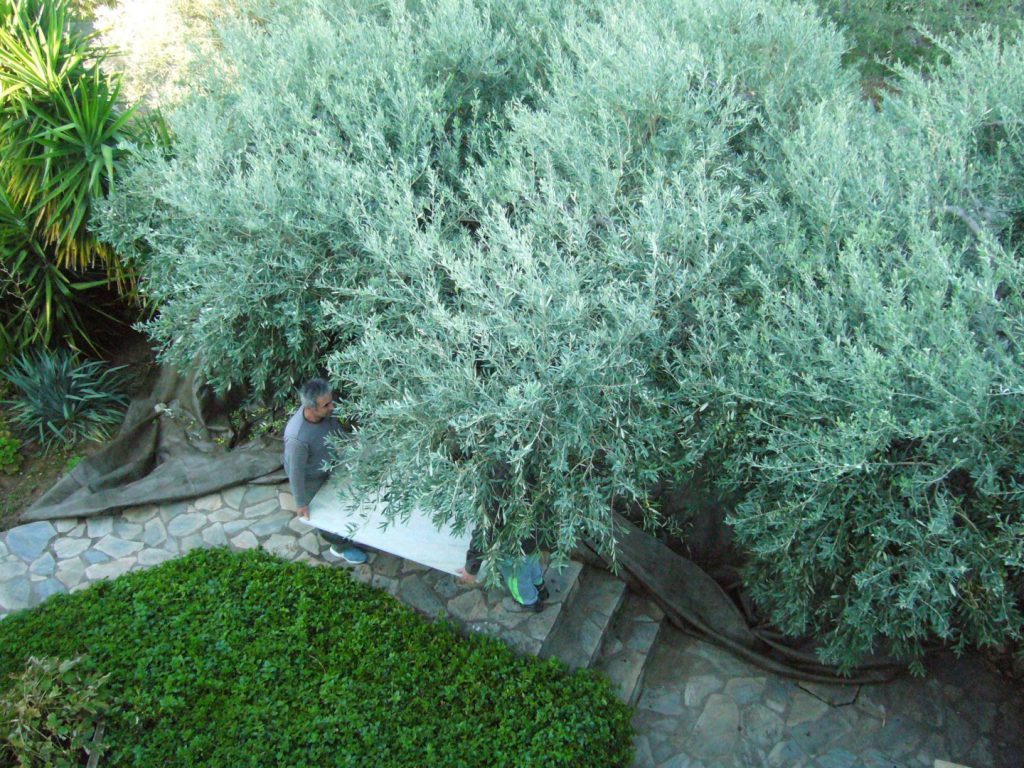 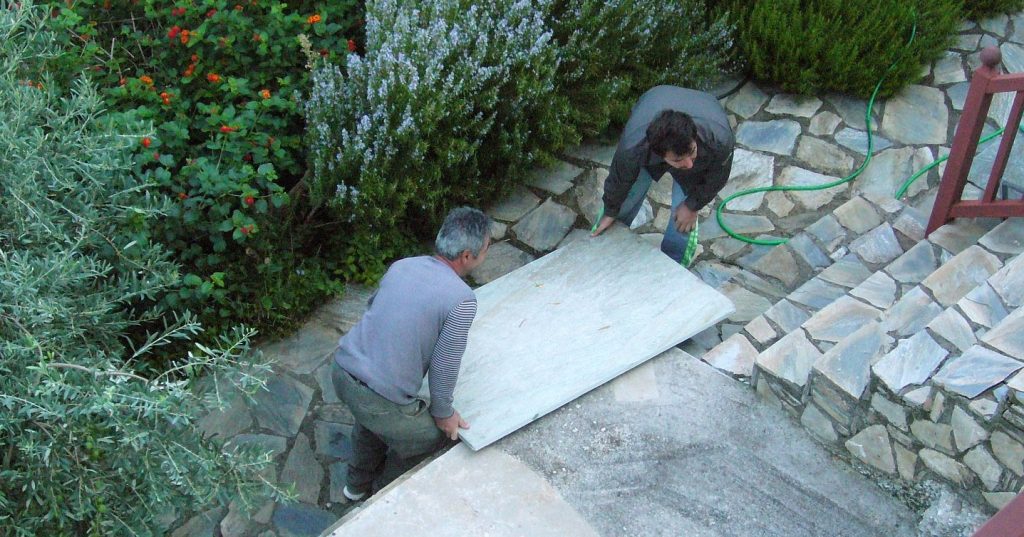 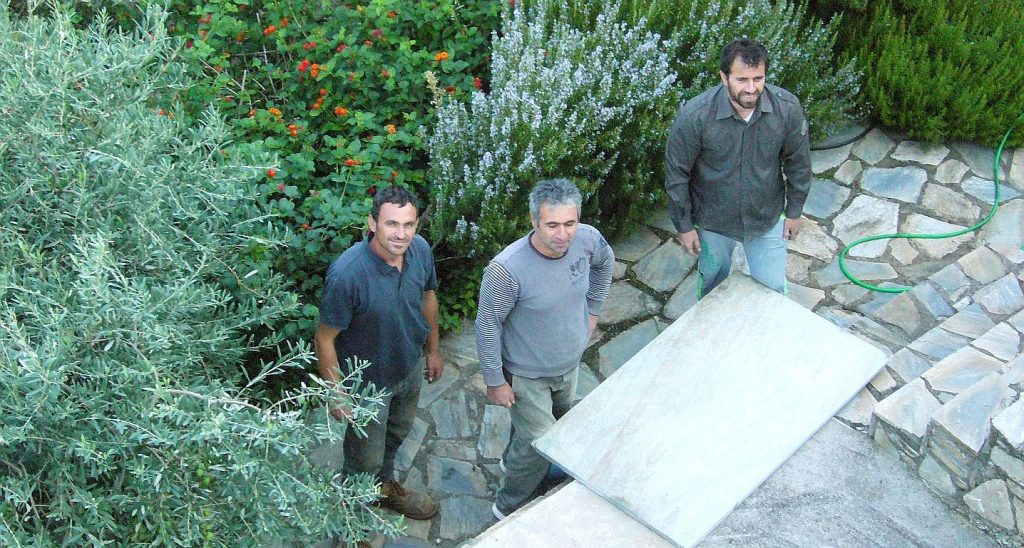 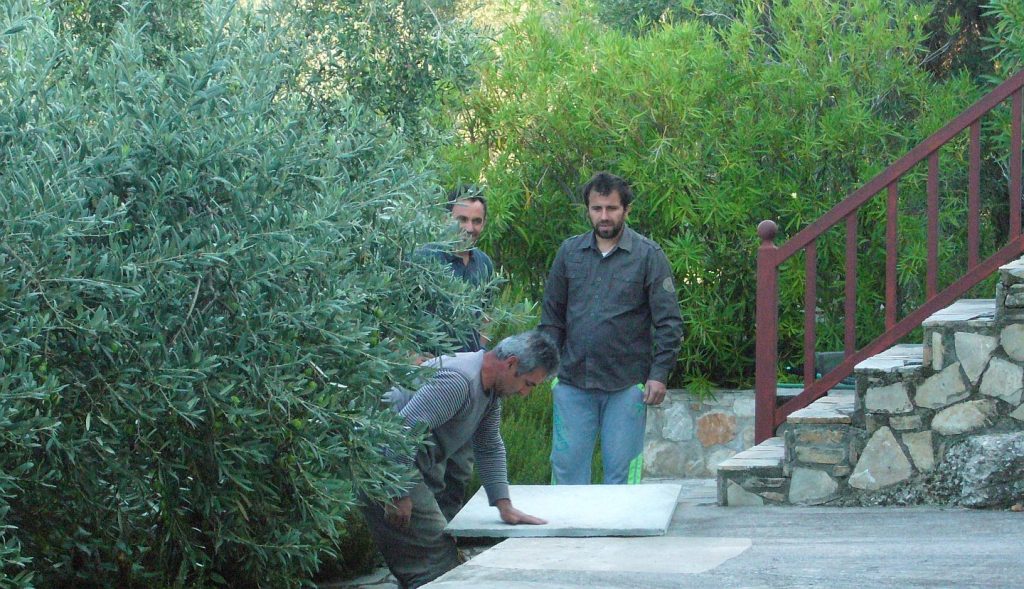 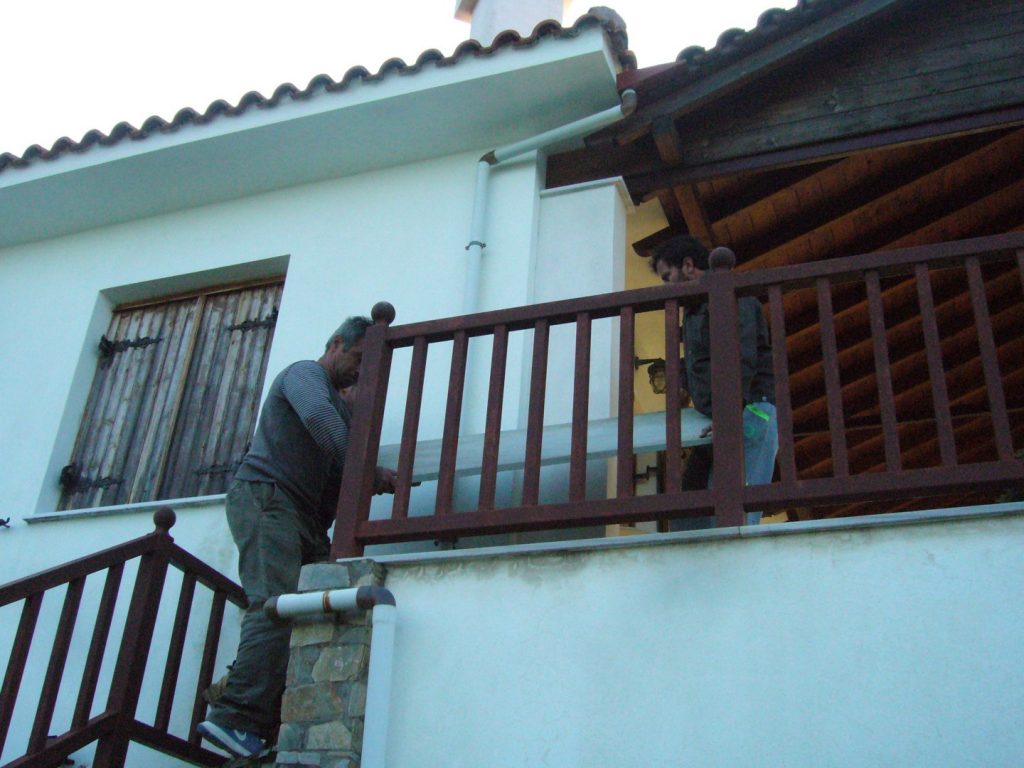 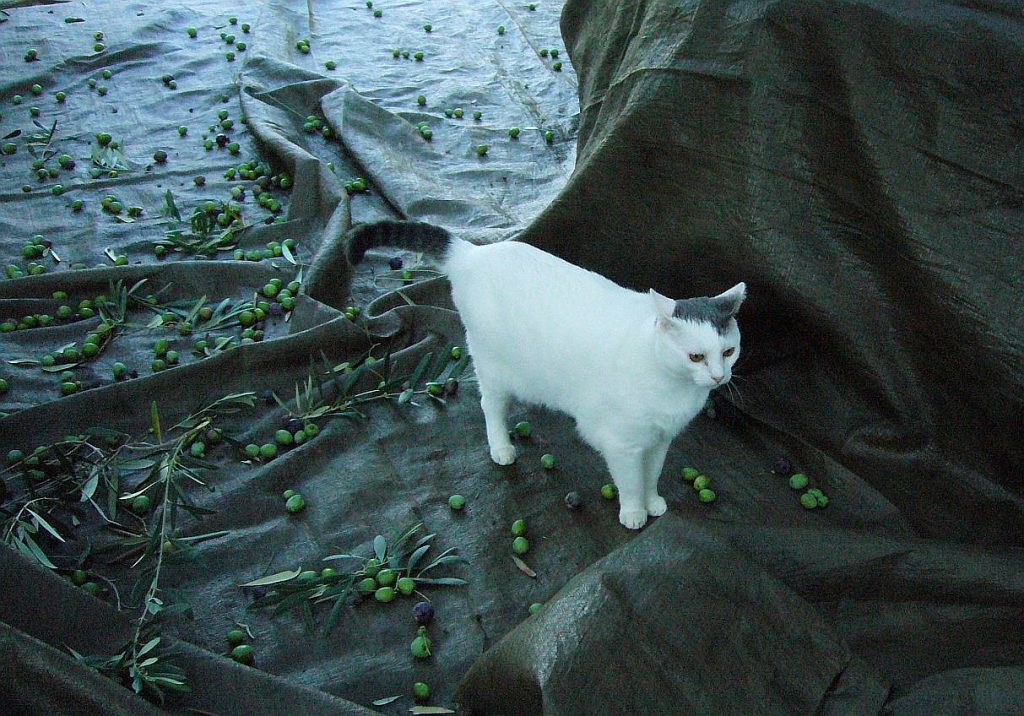 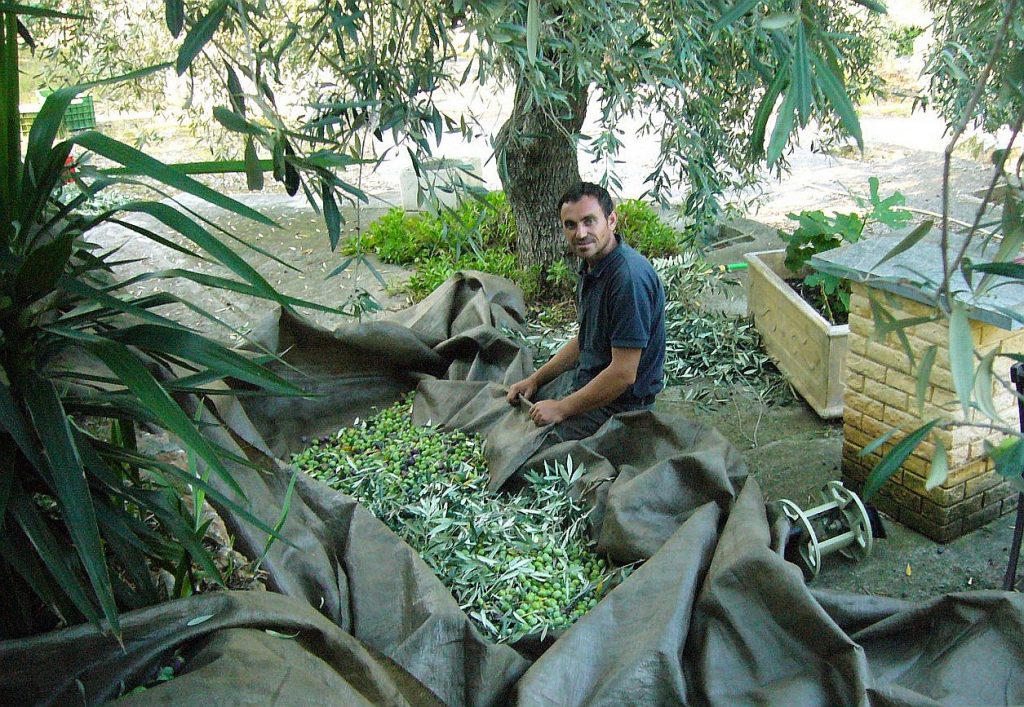 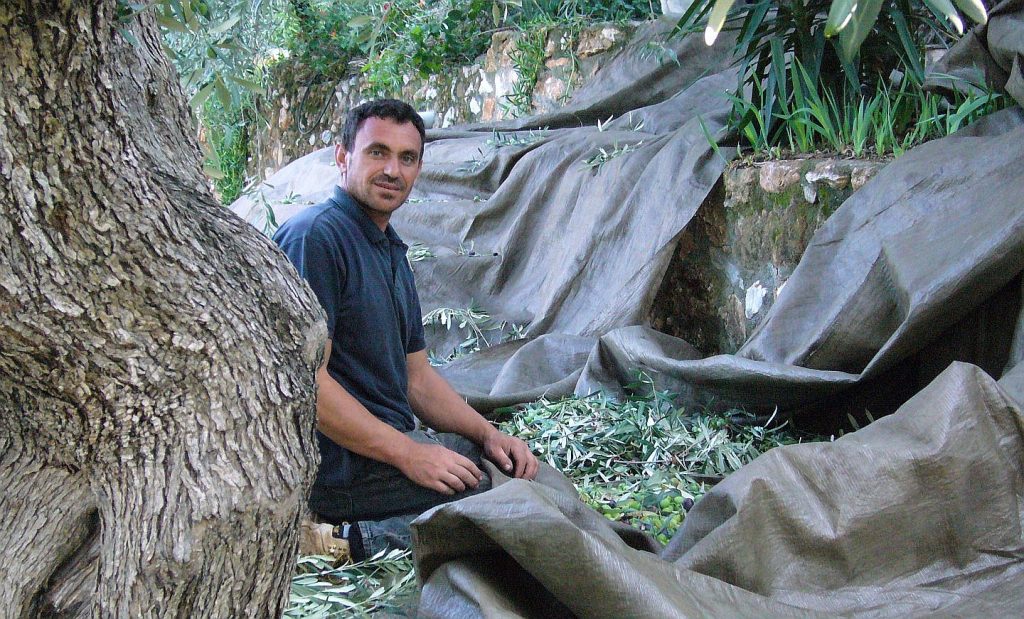 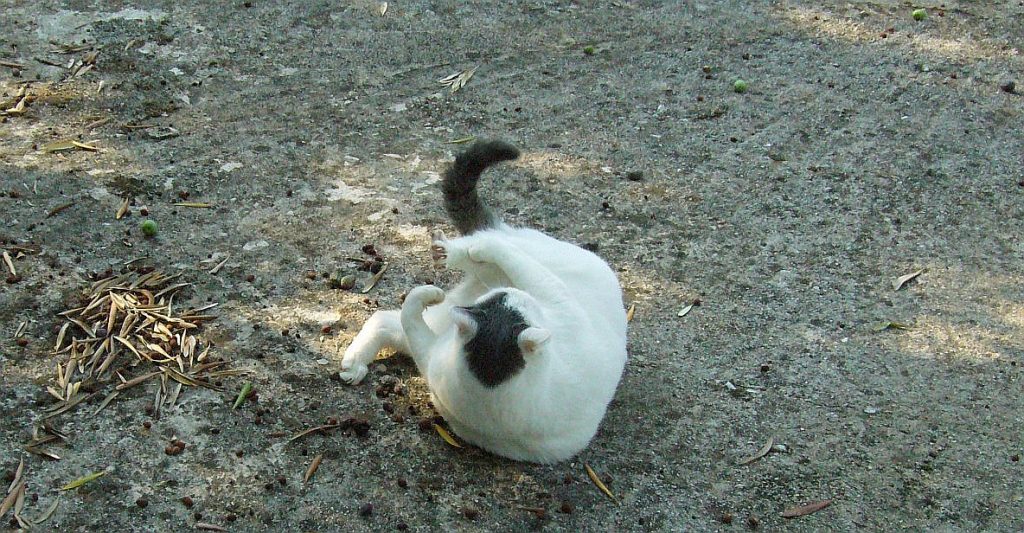 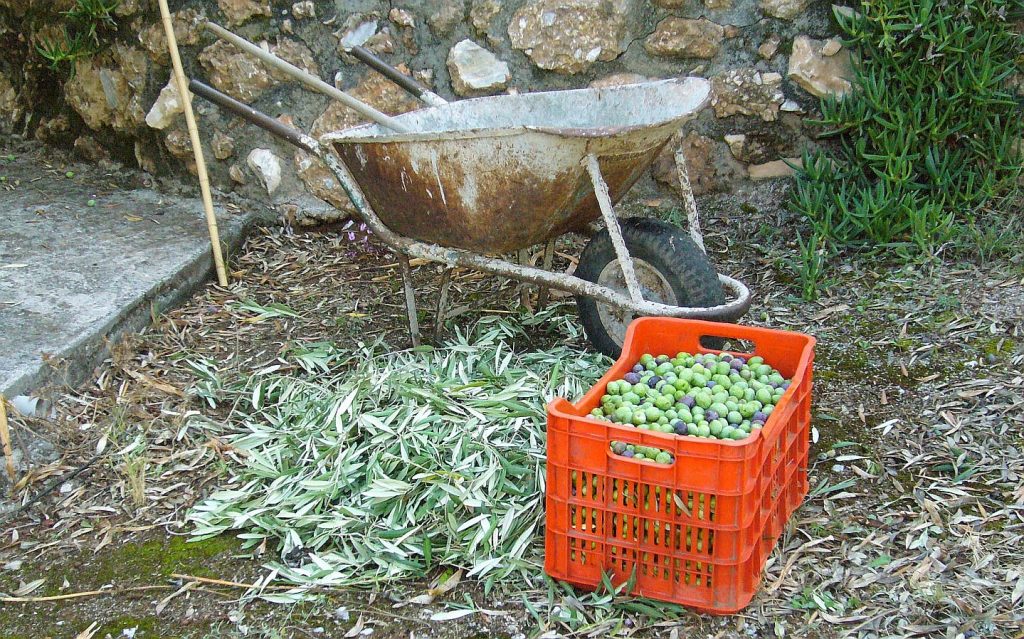 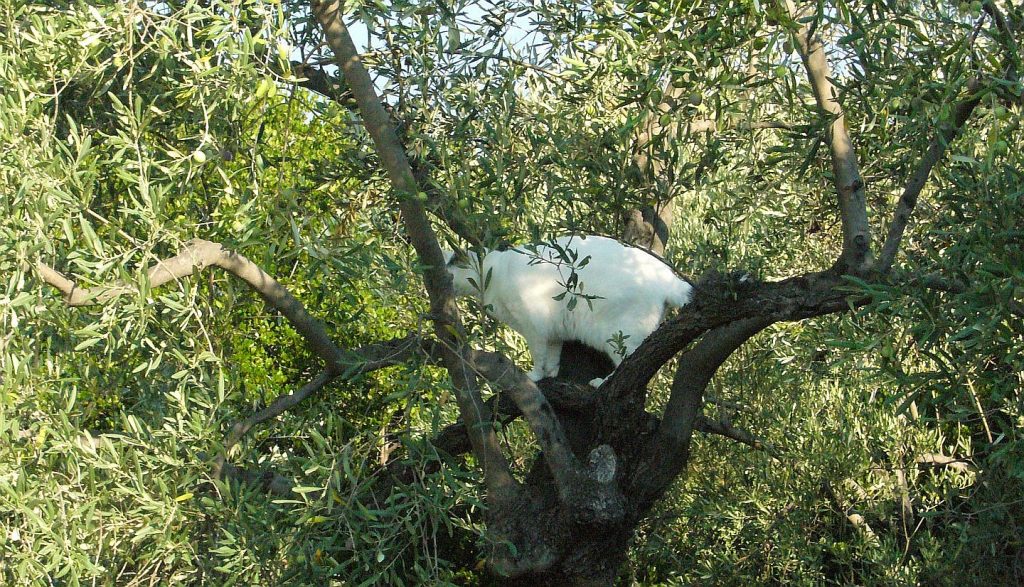 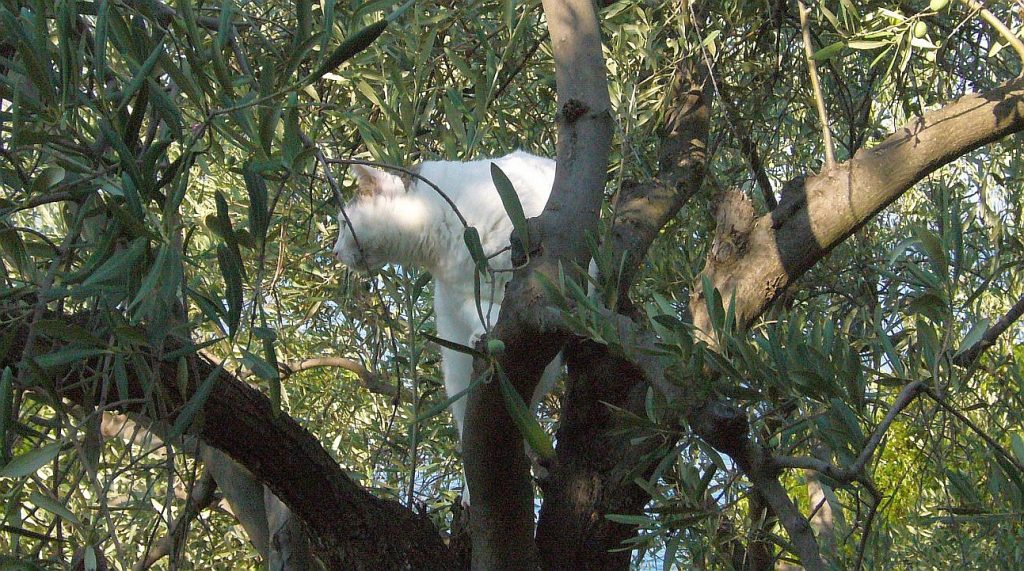 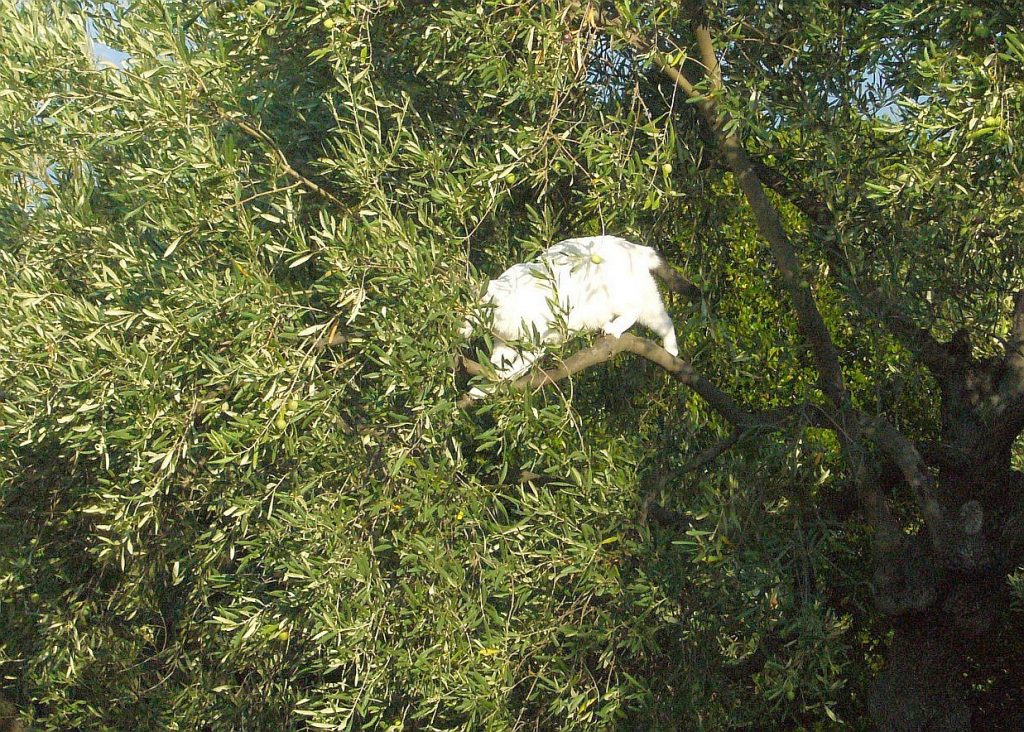 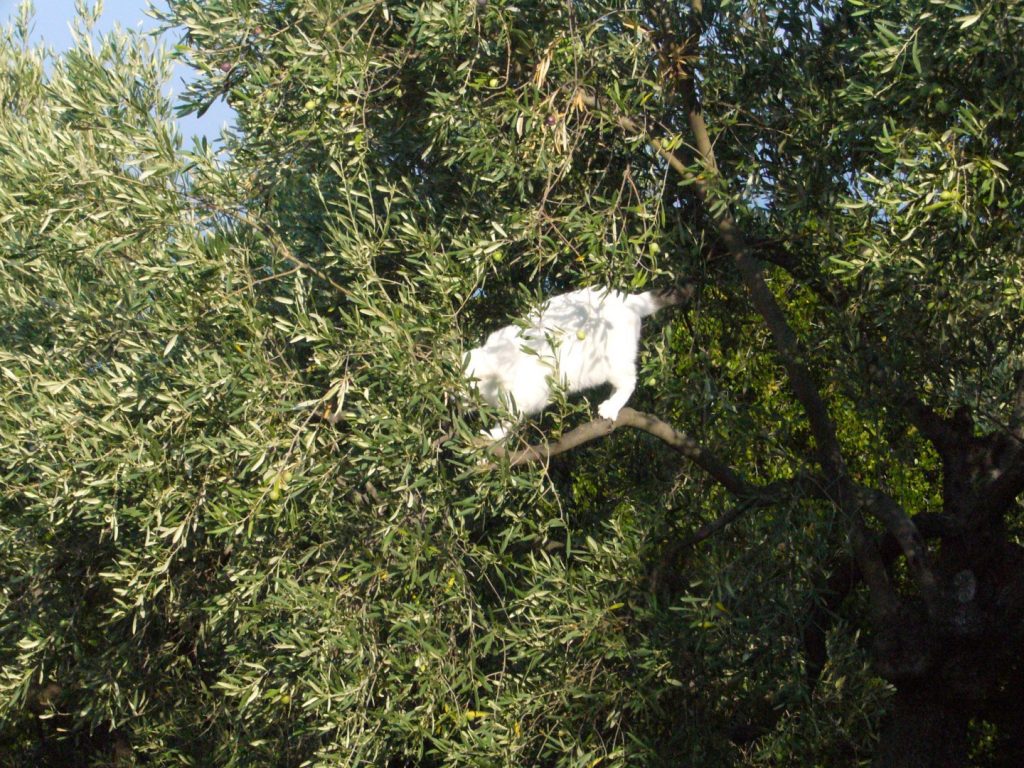 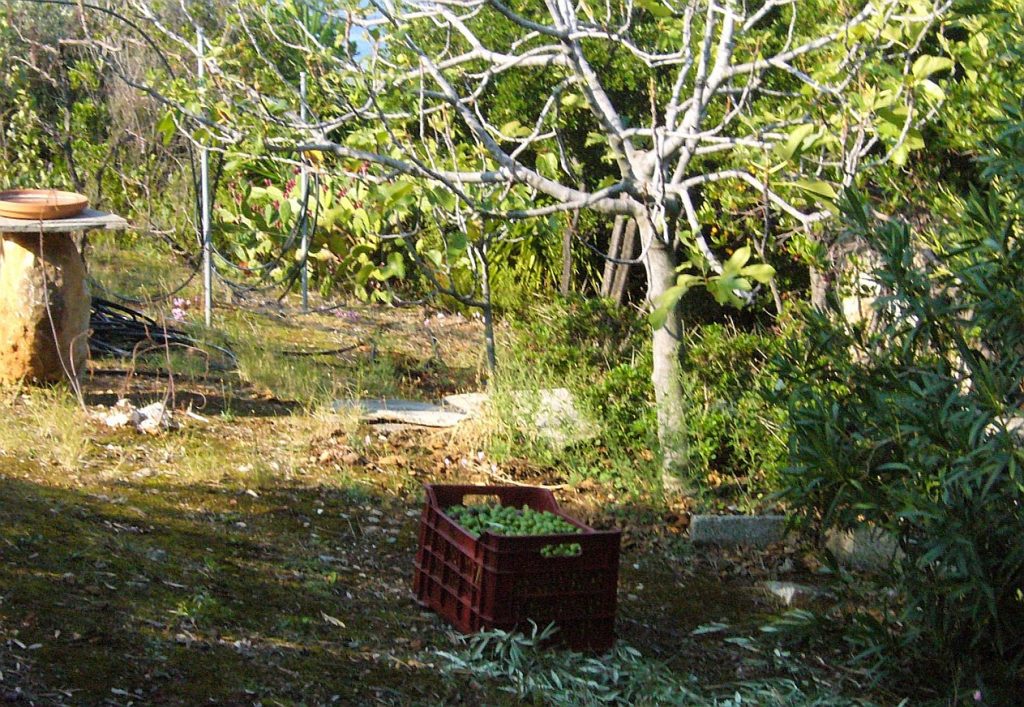 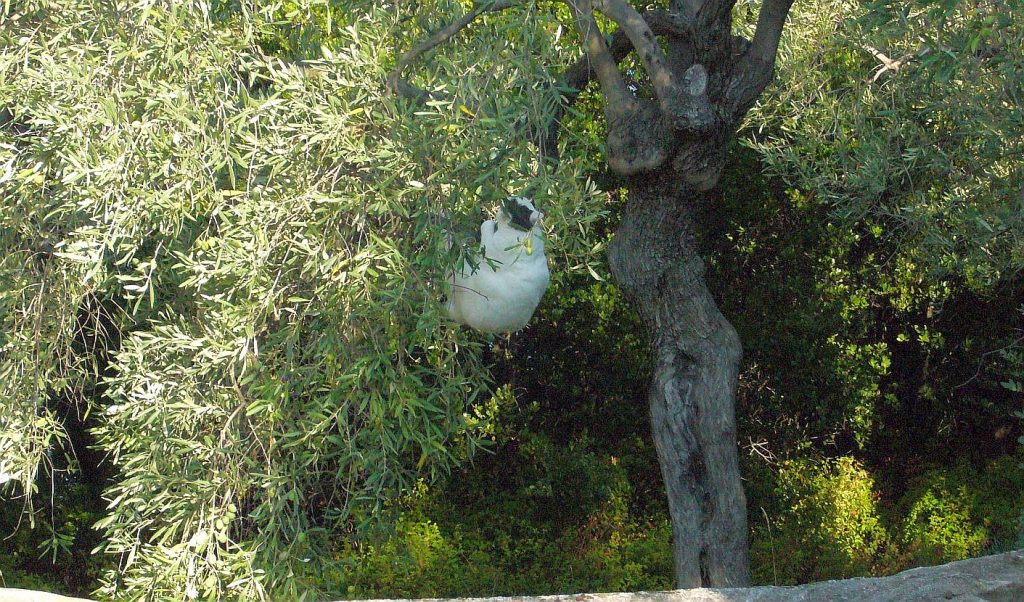 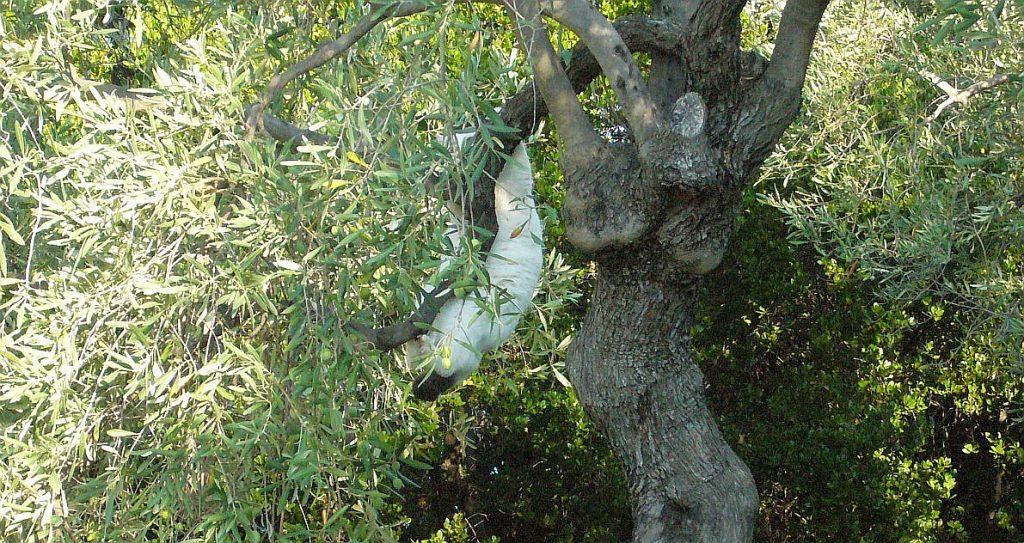 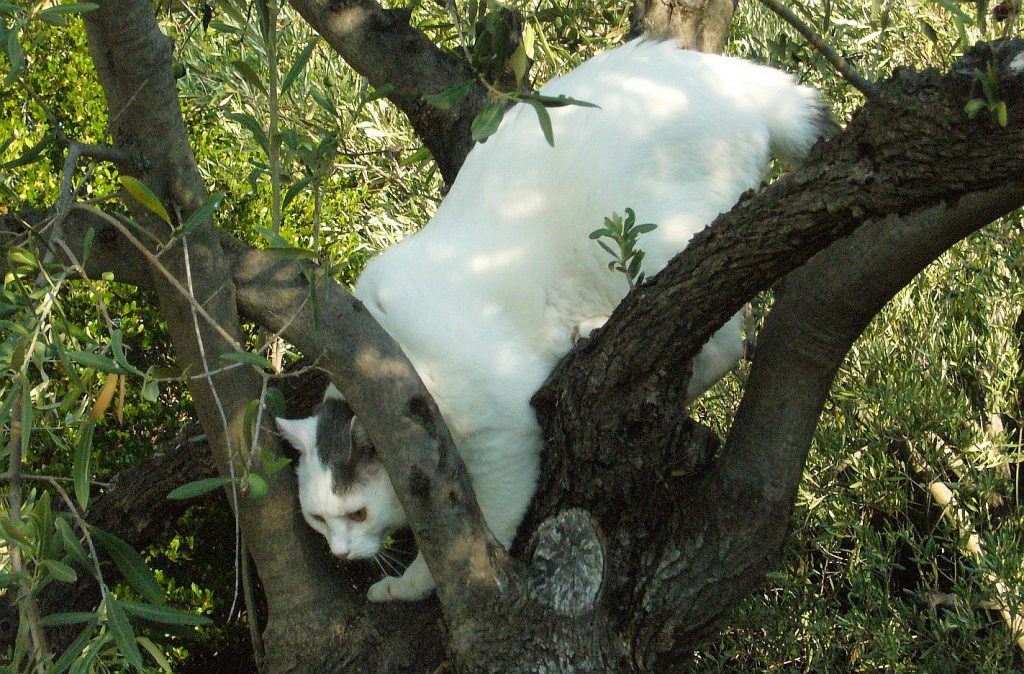 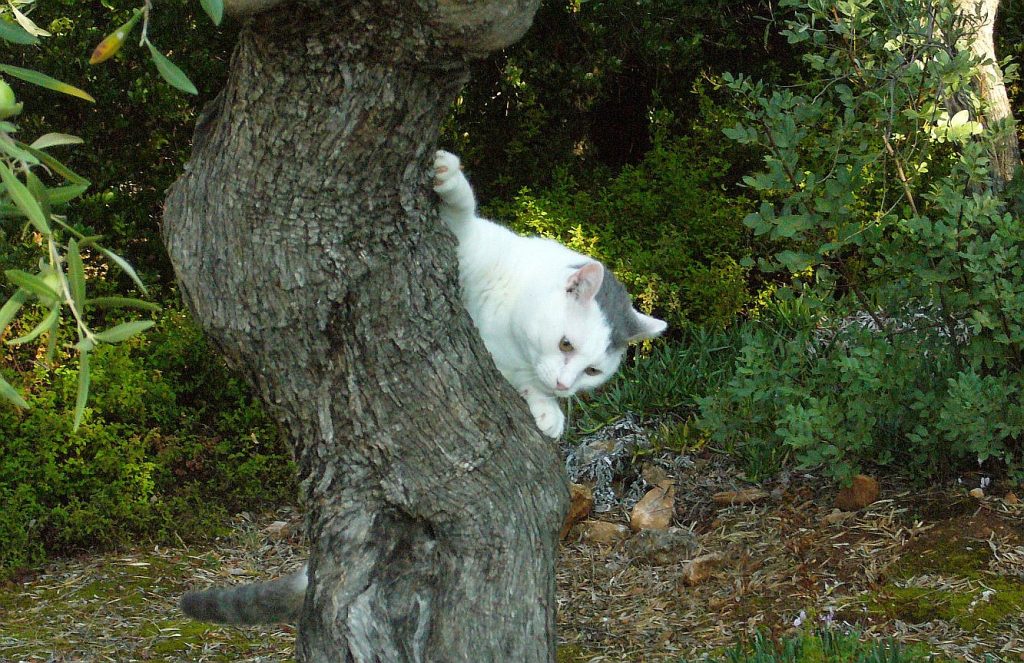