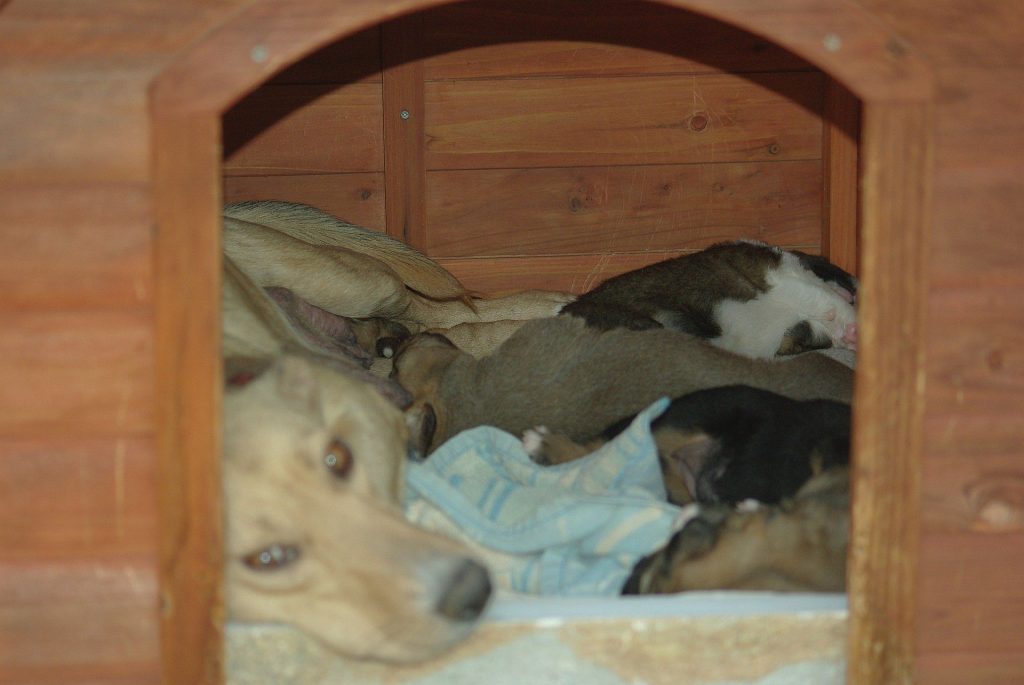 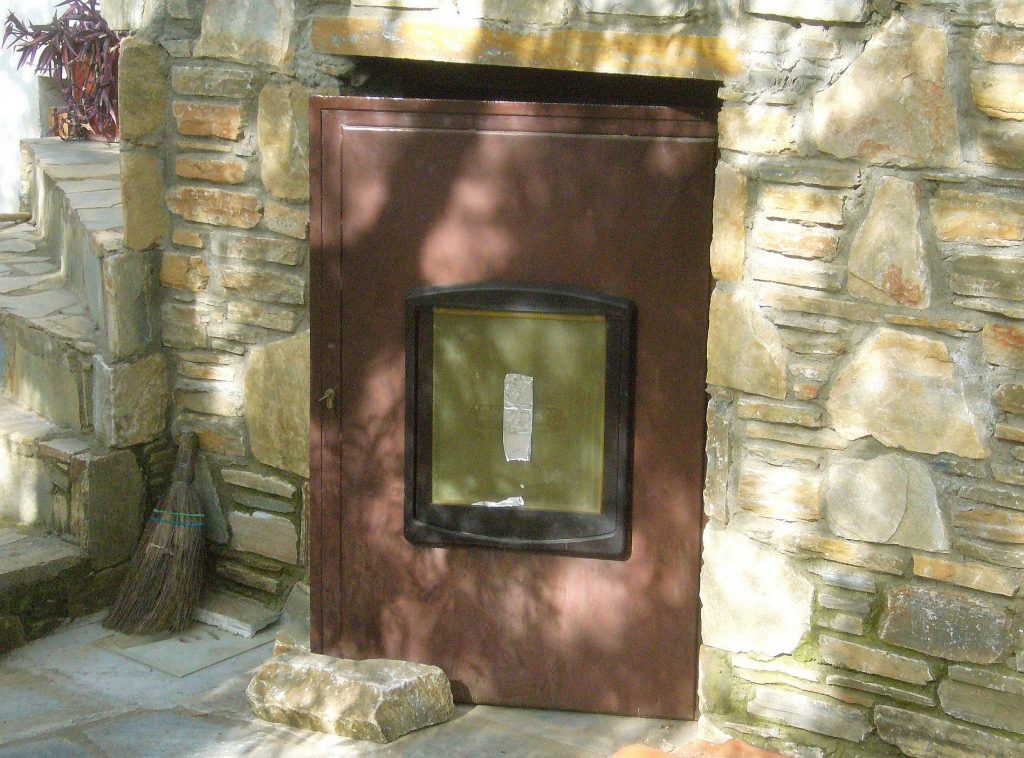 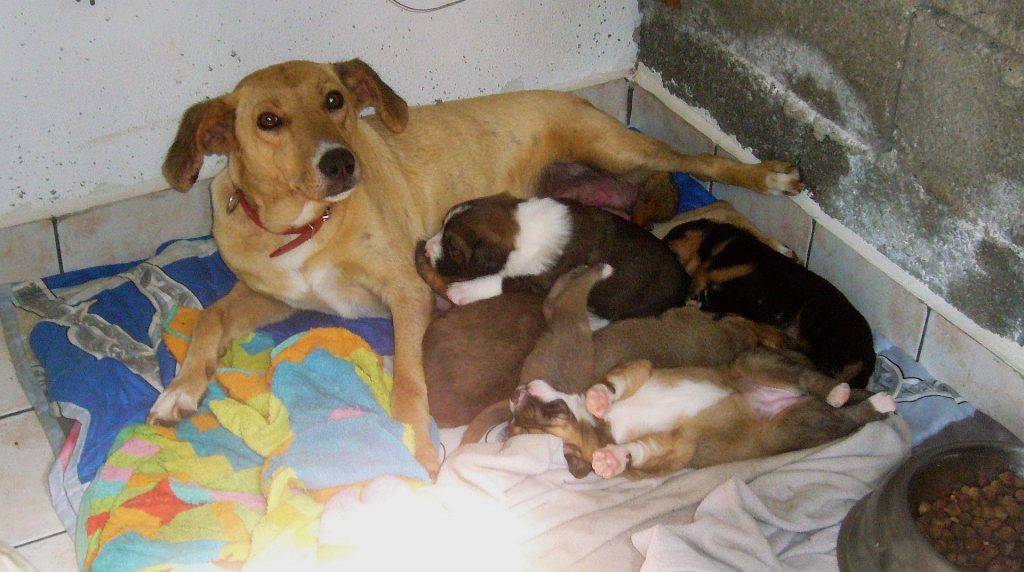 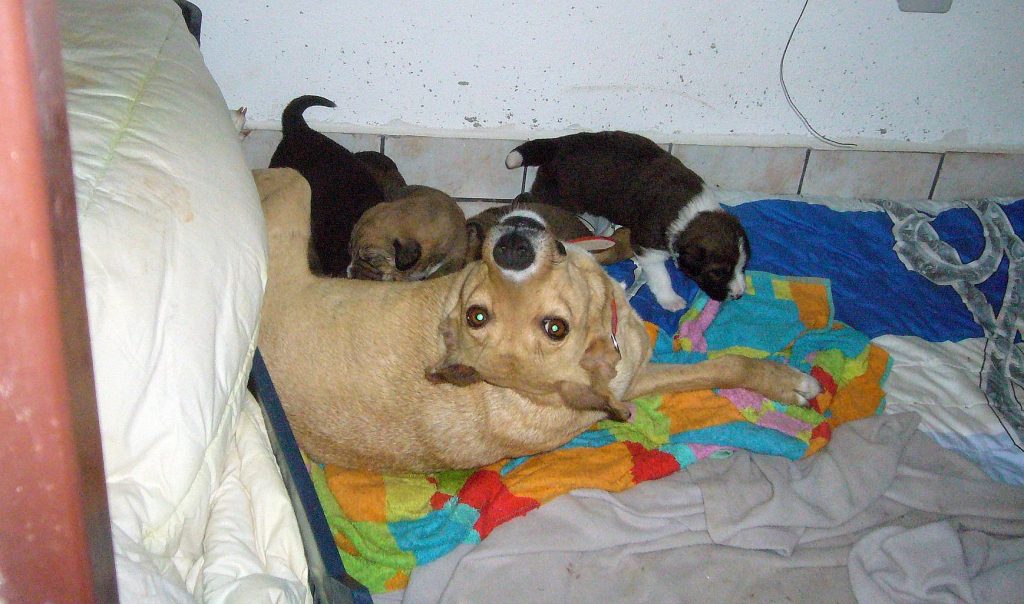 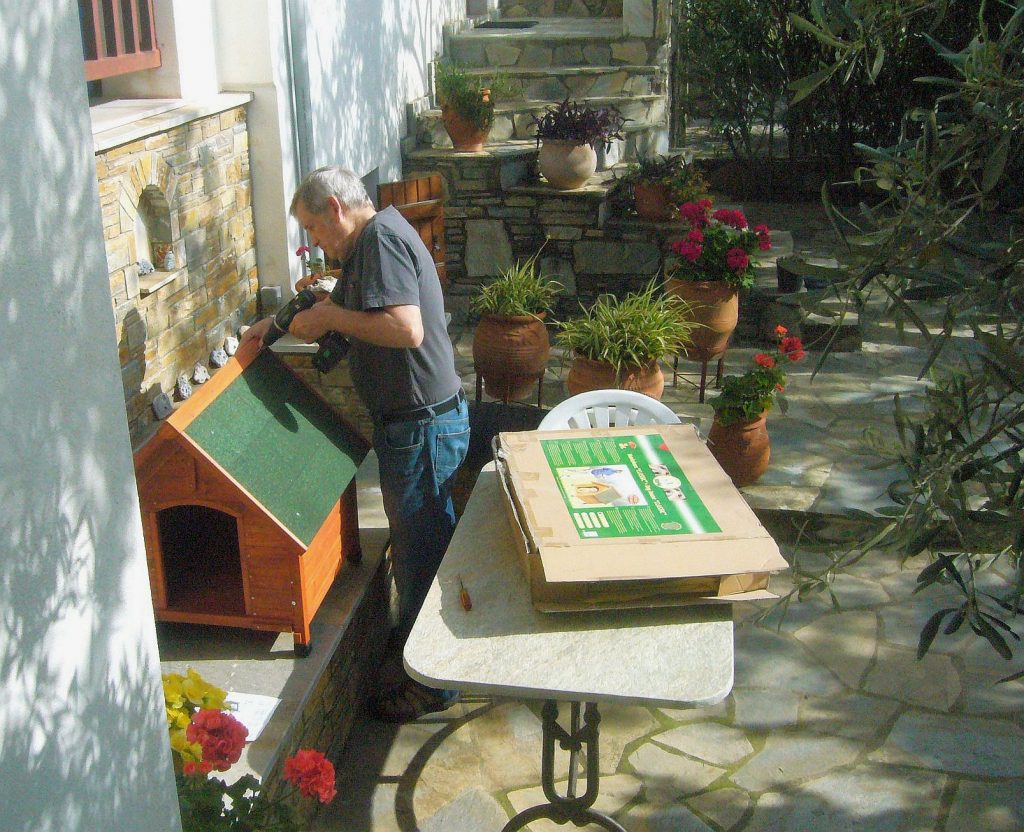 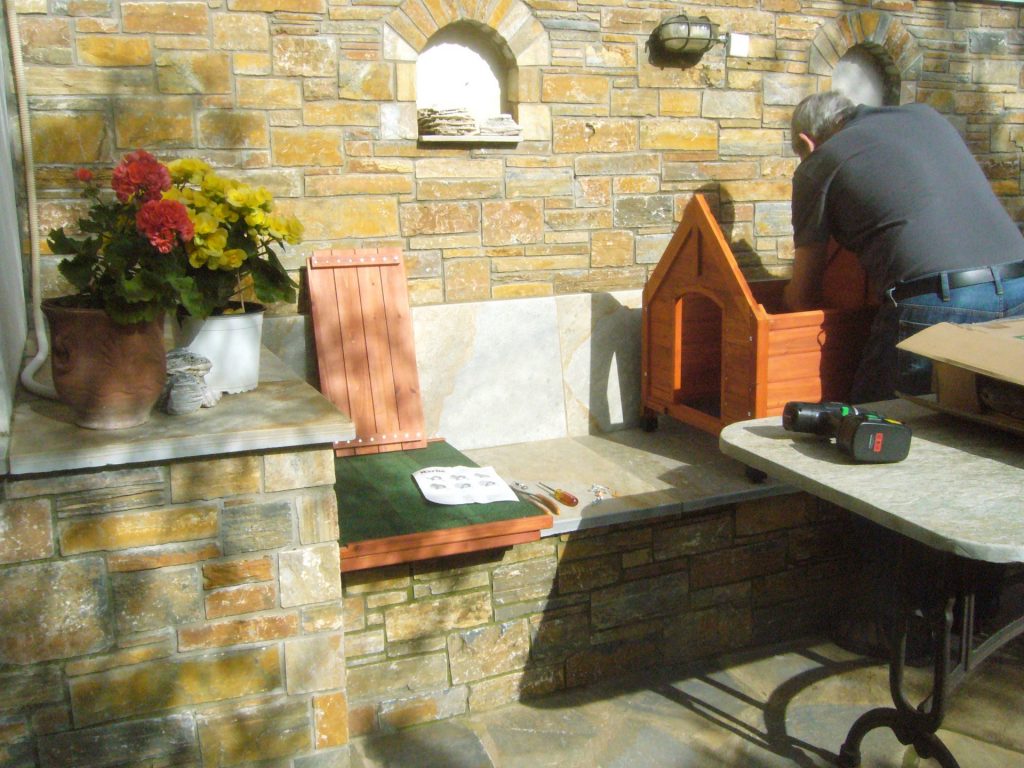 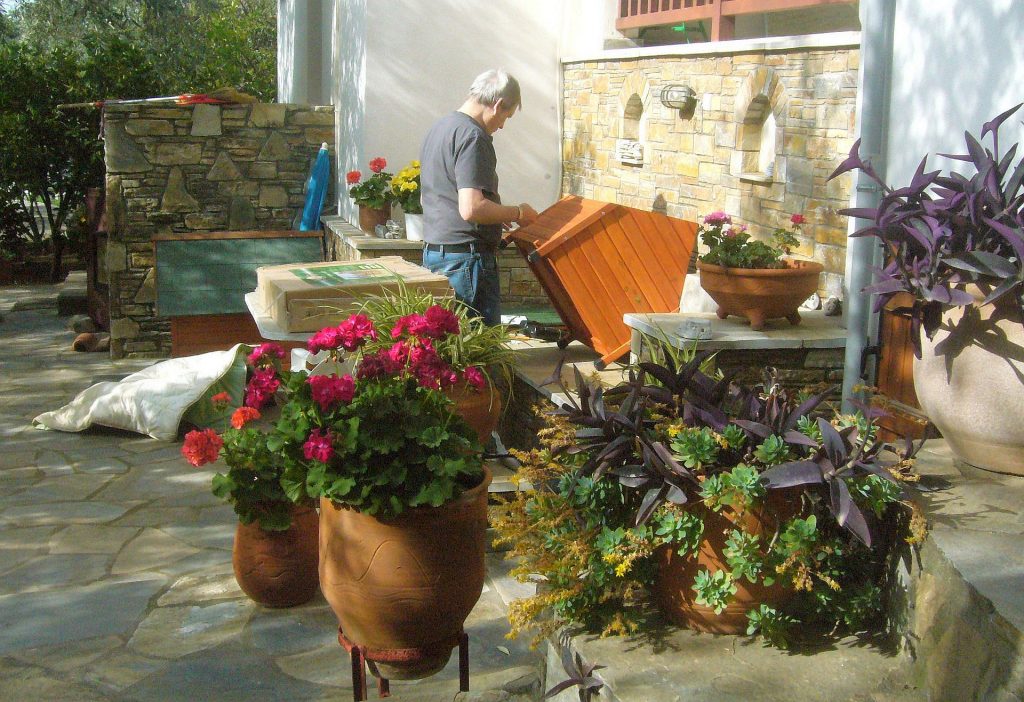 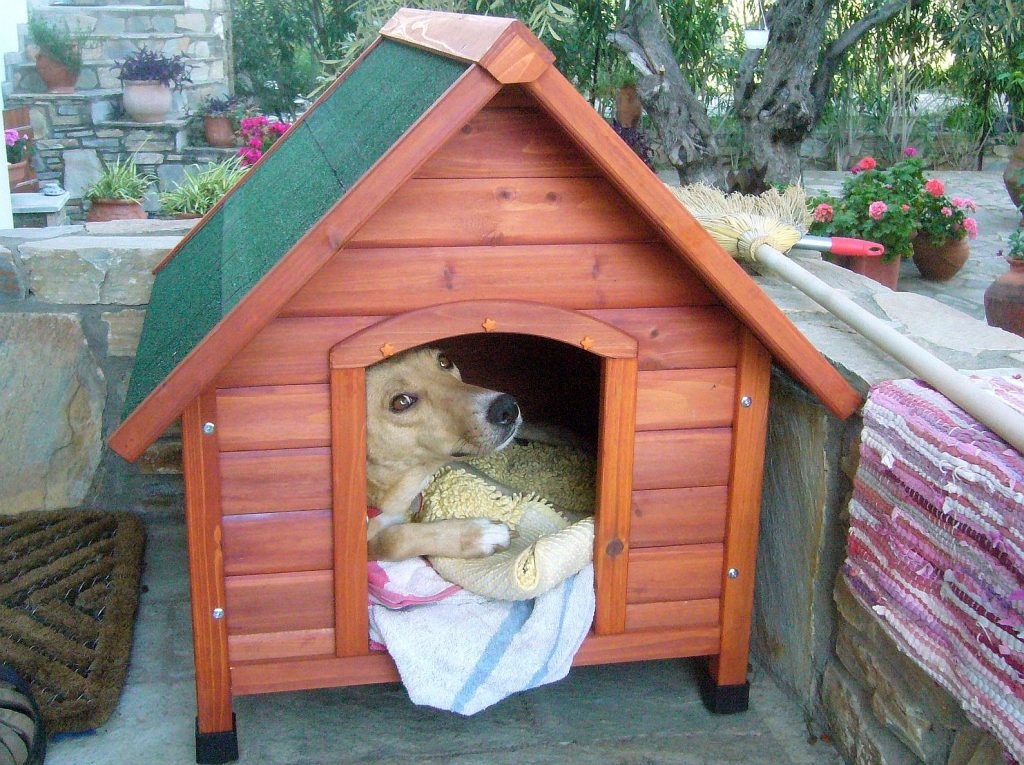 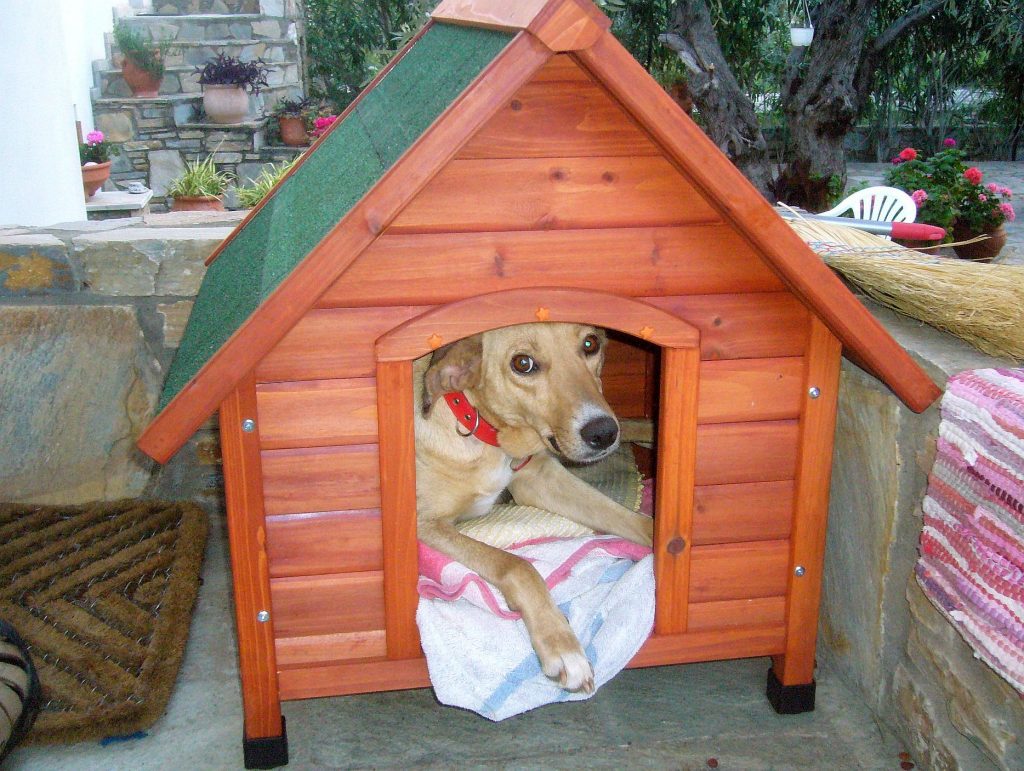 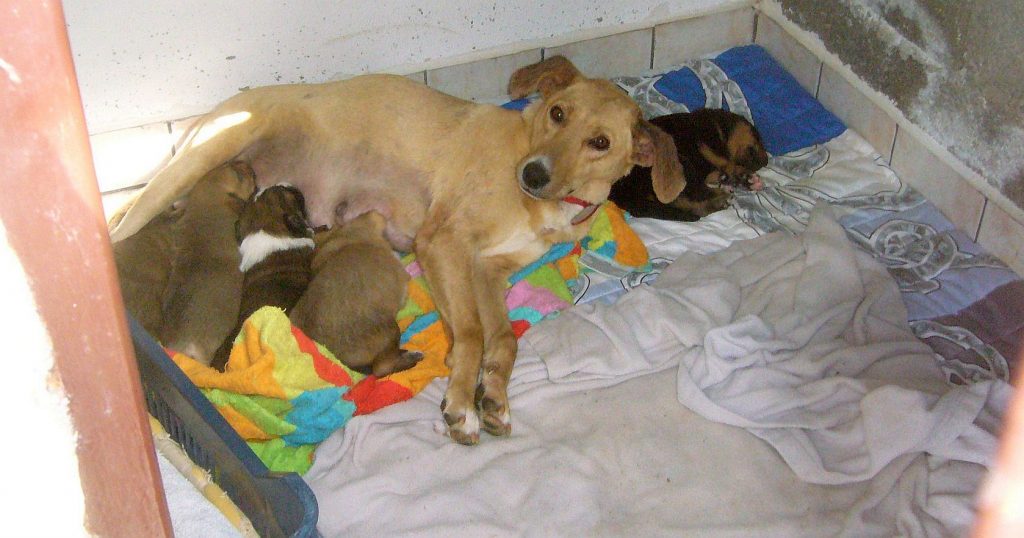 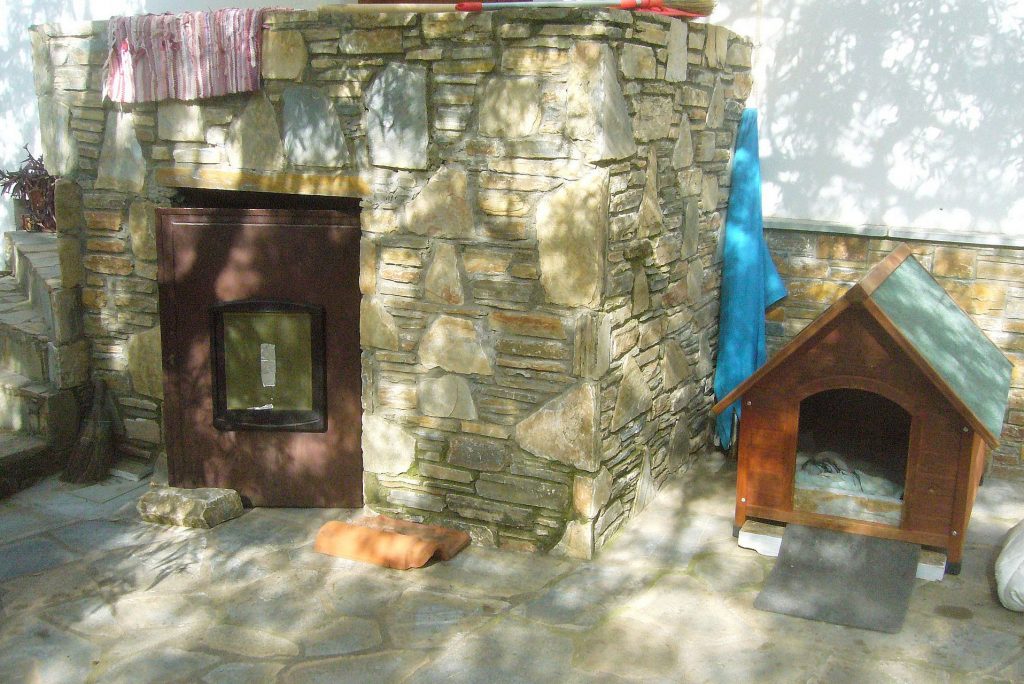 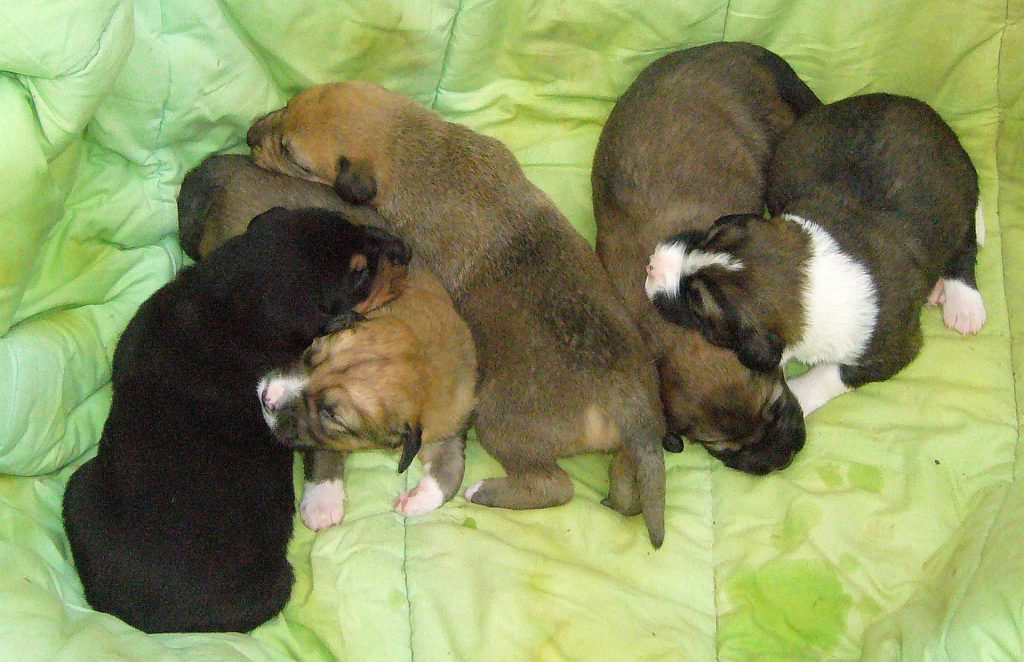 Bella’s devoted to her silky little puppies, but they’re already taking a toll on her. The black one with the wide white collar – rather like a nun’s wimple – is particularly demanding, and sets up a noisy protest as soon as ma’s not doing his or her bidding. Does this mean it’s the leader of the pack? Maybe it’s just convinced of its own importance. Whatever, it’s certainly not going unnoticed, and its strong character’s sure to make it a lovely pet one day. A red collar’s going to set off that white neck fur very nicely.

We placed Sophia’s dog bed just outside the kennel, and Bella took to it right away. She’s spending a fair bit of time in it, escaping the fatly fed pups when they fall into a contented cuddle as they drop off her into puppy dreamland. Can’t say I blame her. They’re a great deal of work, and I cannot even begin to imagine how she’d have coped alone in the wilds. How do these unfortunate animals find food? I’m not going to go there because I get overwhelmed at the thought of the endless misery in the world.

To happier thoughts then. Bella’s one lucky dog, and one whose pups will surely have good lives. I’m certainly going to do my best for them all. They will be strong and fit, completely used to people, not terrified  – a very good start for them indeed. Bella’s got a very sweet personality, and given her happy circumstances I’m sure her babies will be delightful dogs too.

PAWS is very supportive of our efforts. You can see Bella and her cuties here on PAWS Facebook page. PAWS does the most amazing work here on the Pelion Peninsula, under very difficult circumstances, and with very limited means.

We put the puppies into the dog bed for a little while yesterday; gave us a chance to freshen the bedding. 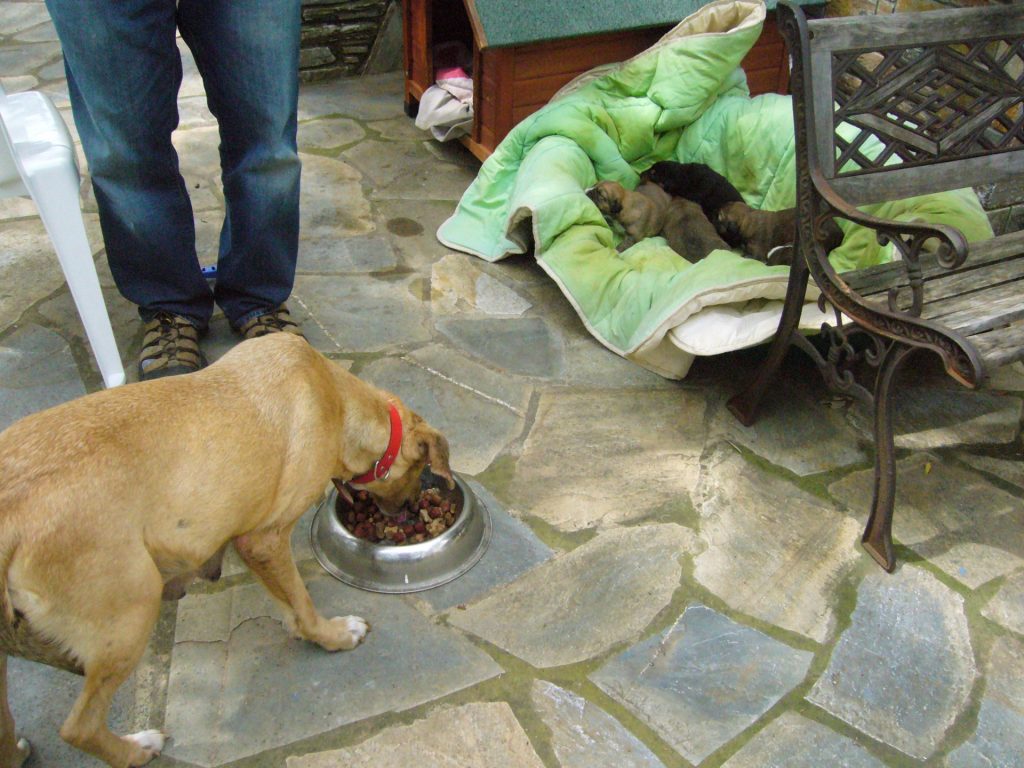 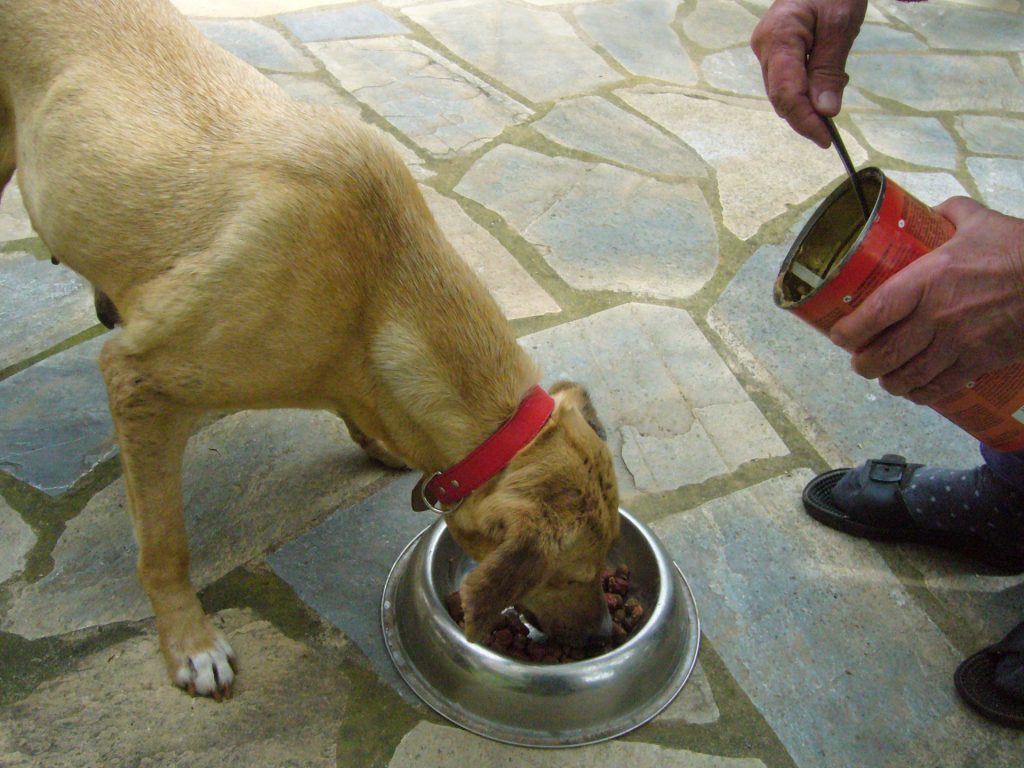 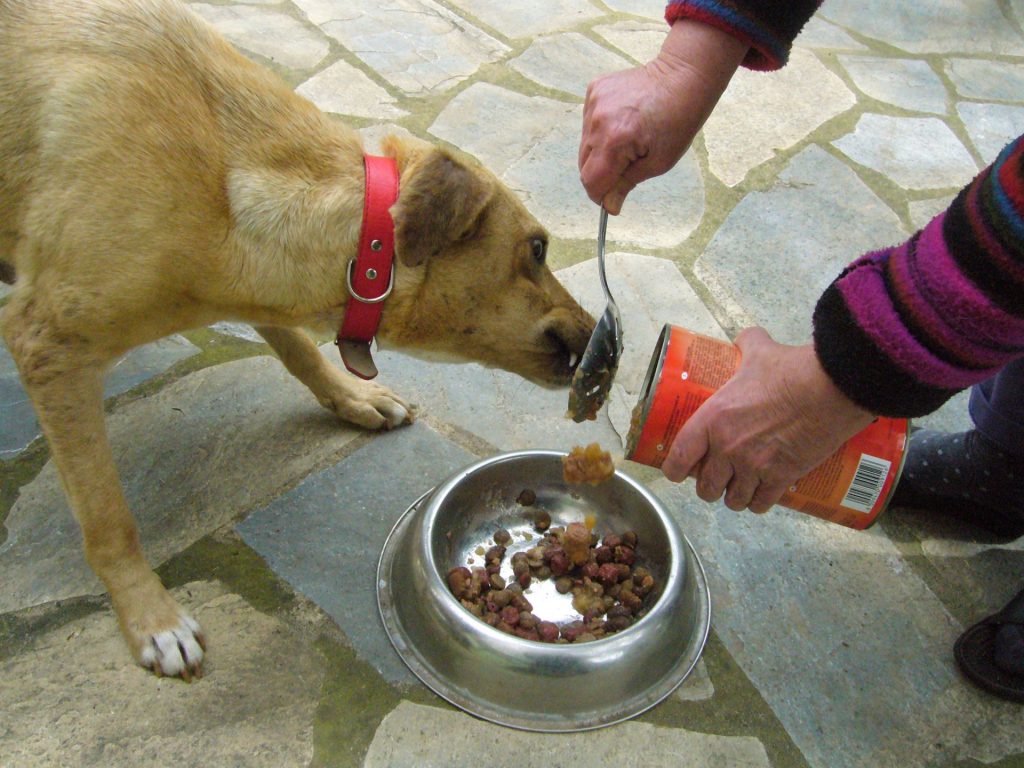 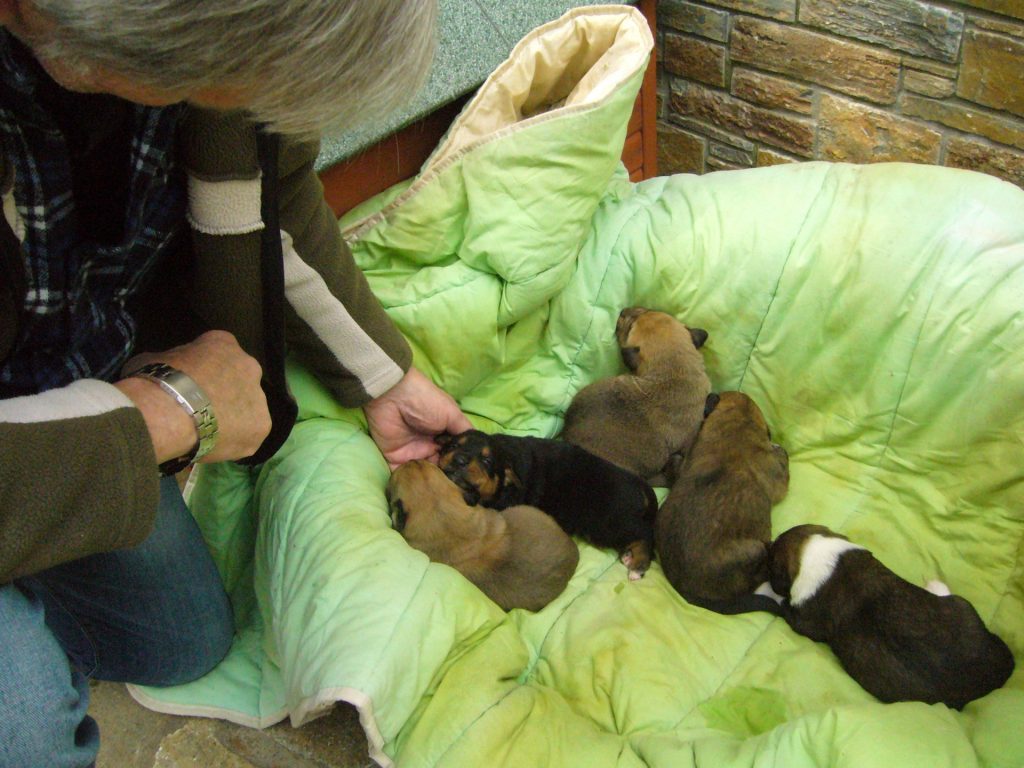 Bella took advantage of the opportunity to wander off through the grounds for a bit. It’s quite humbling how much she trusts us with her babies. She sat calmly watching us as we put them back into the kennel, then followed them inside.

Bella’s relaxing in her sunlounger as I write this morning. It’s quite funny really, rather like a mum’s day out for her, or perhaps spa time. 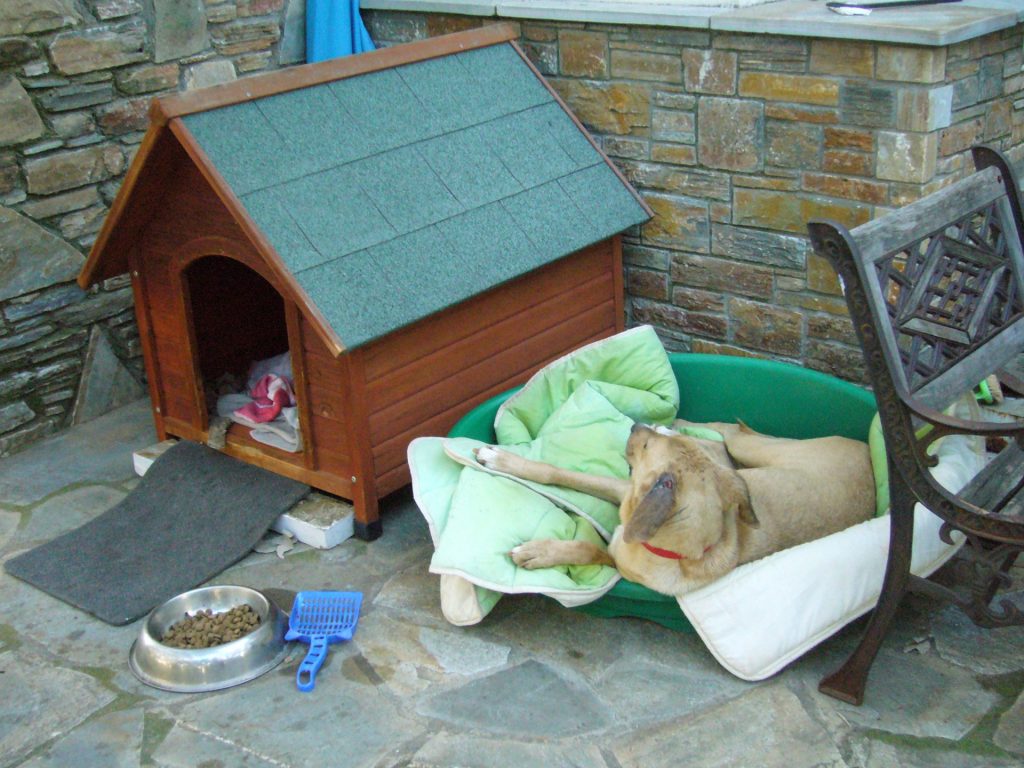 Her ear looks a lot worse than it is, and is responding well to treatment.

I’ll keep you updated as the pups grow. It’s certainly getting even more hectic around here! 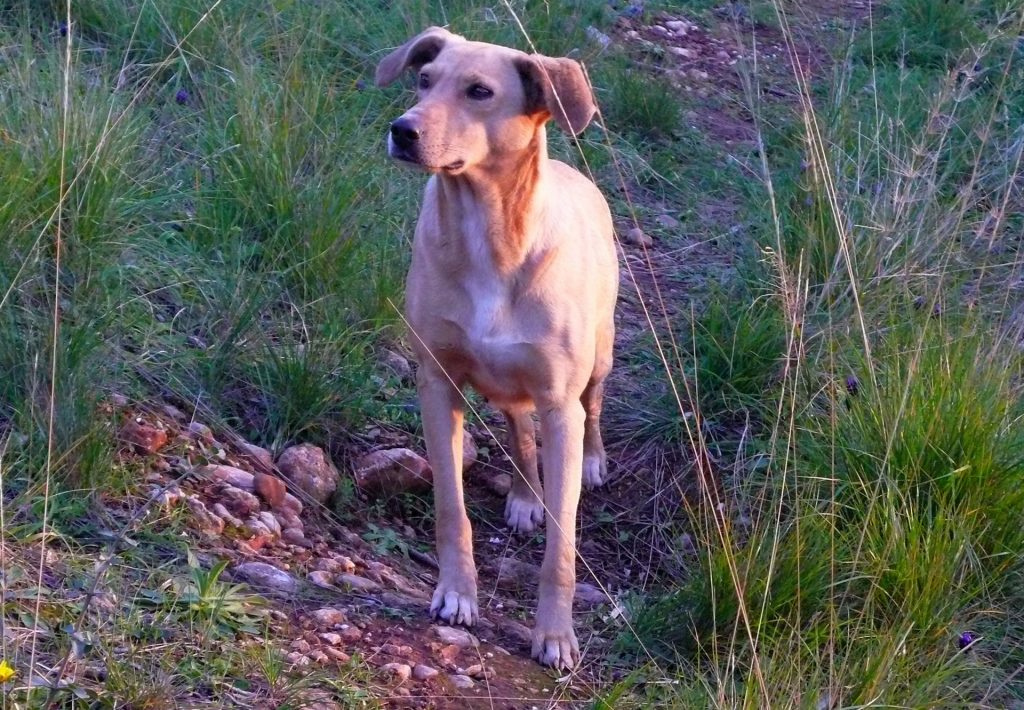 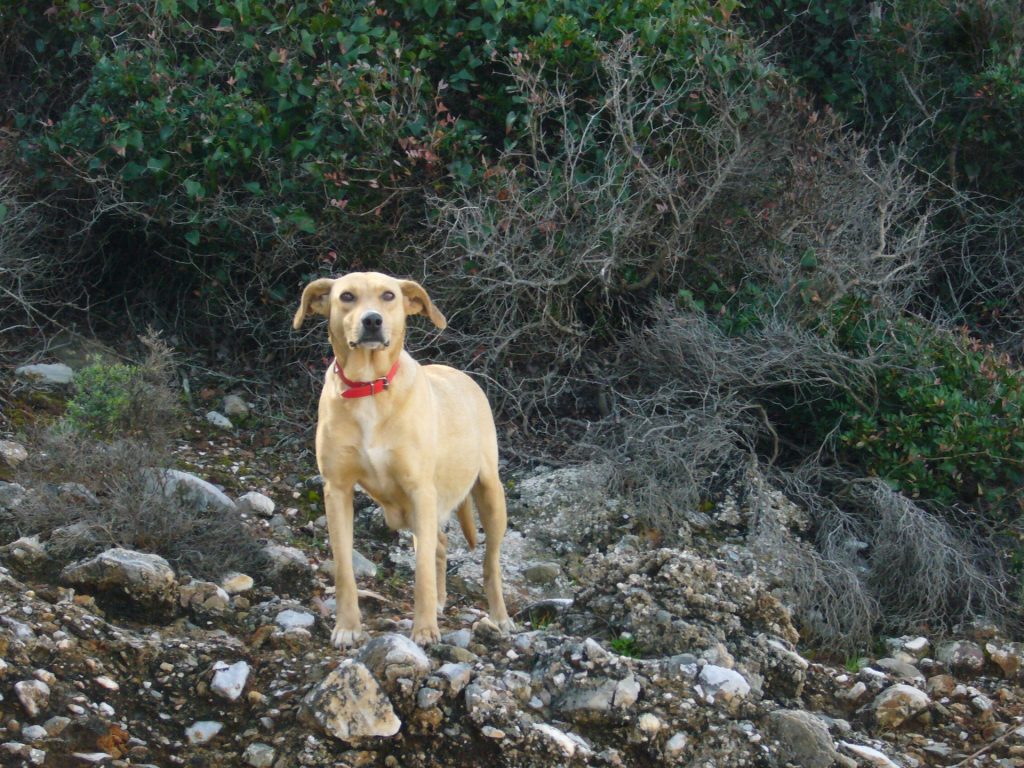 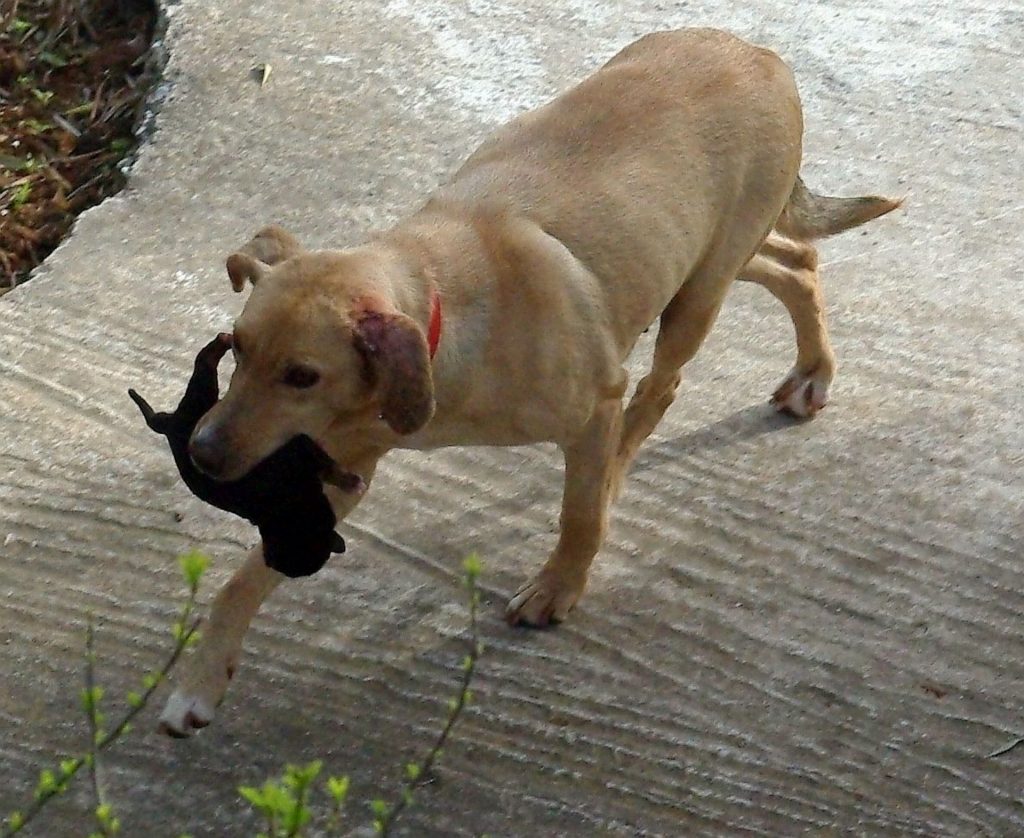 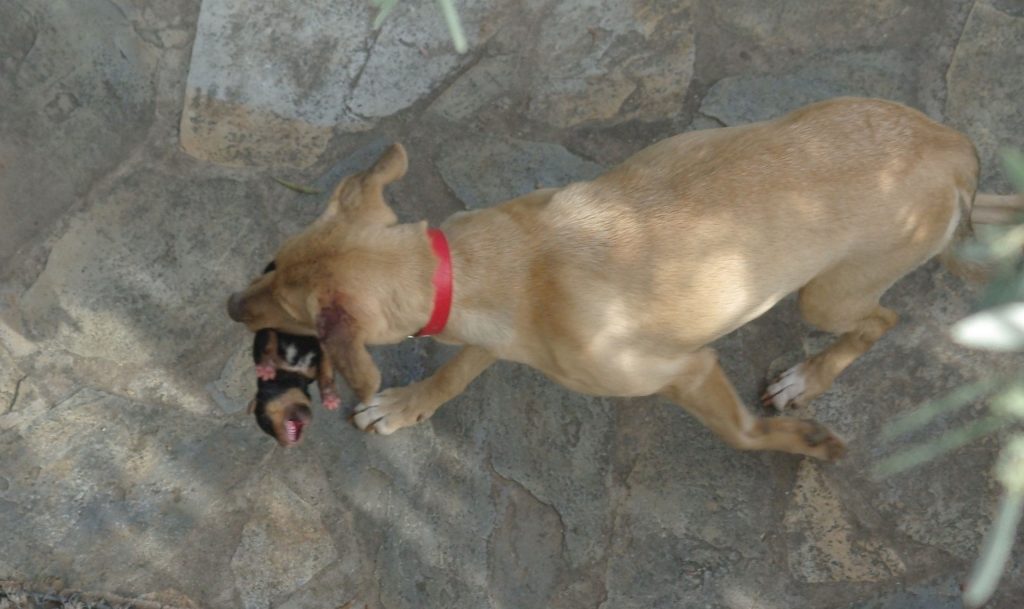 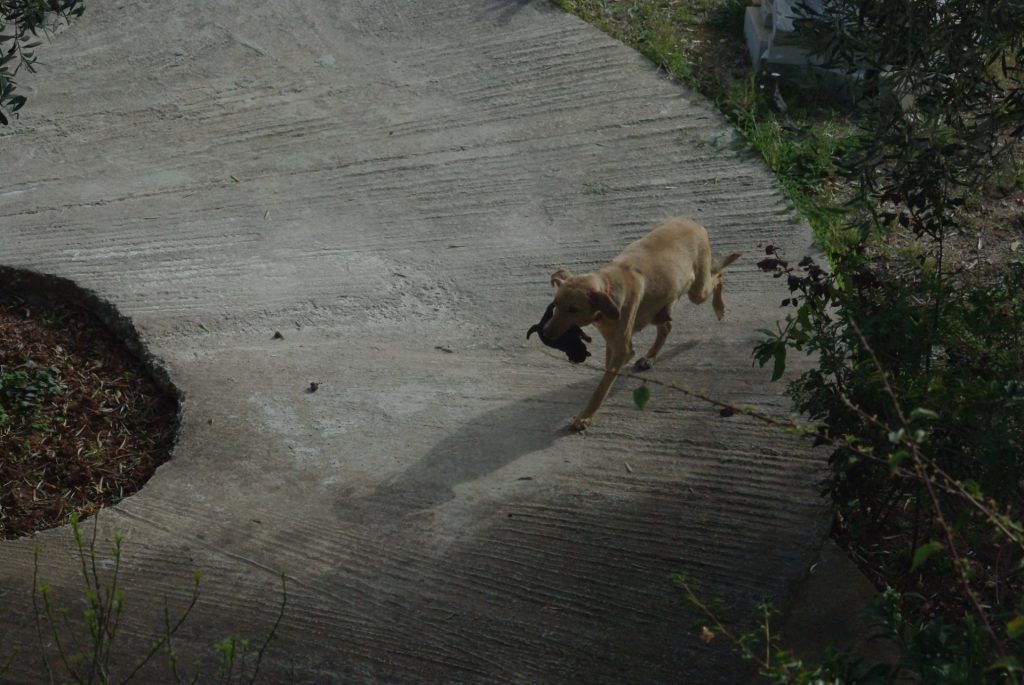 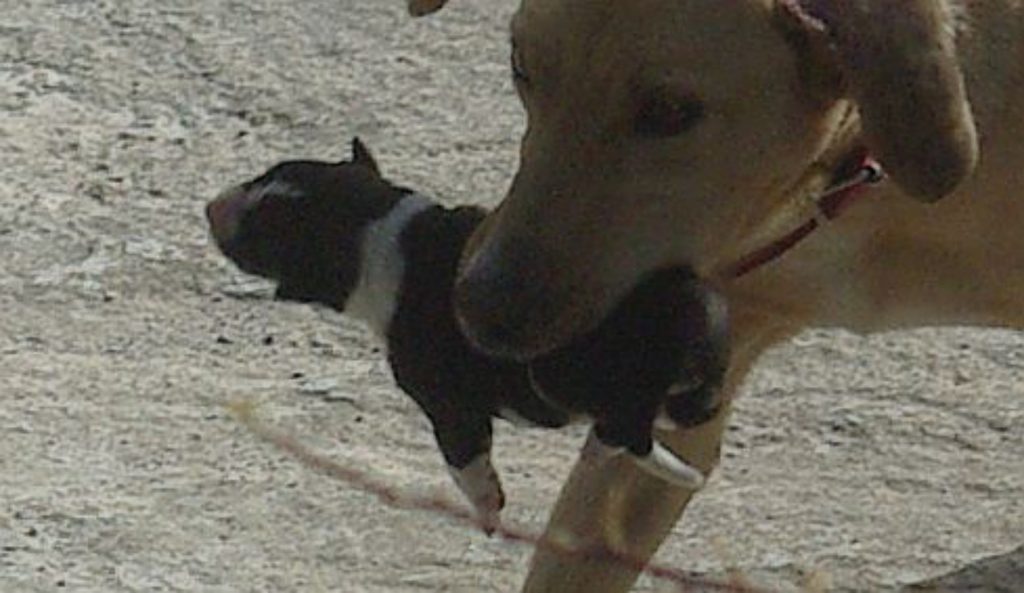 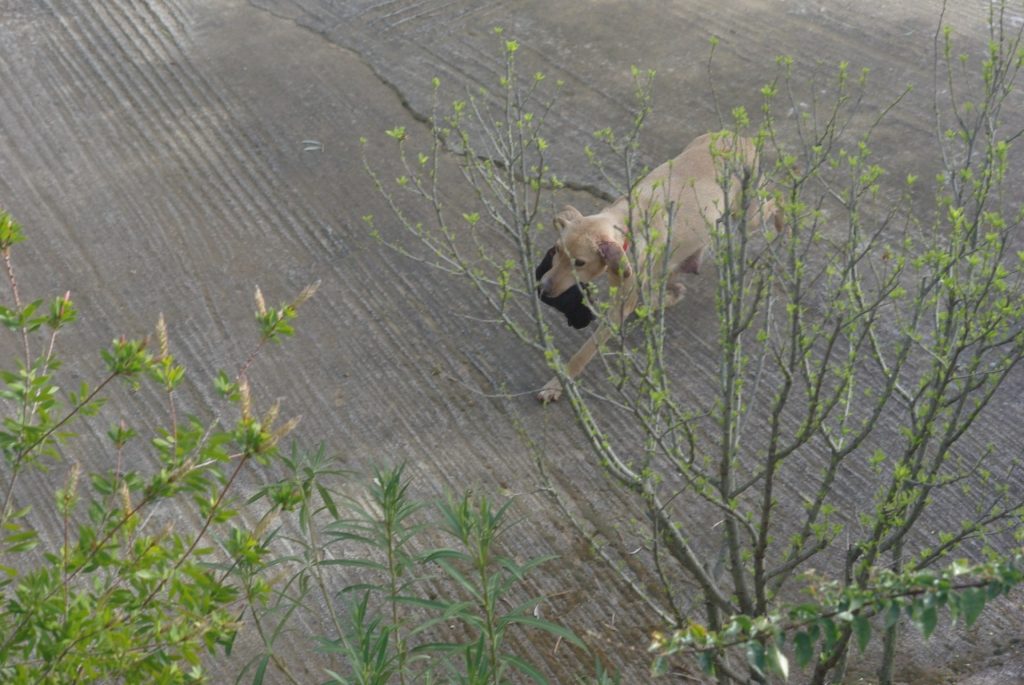 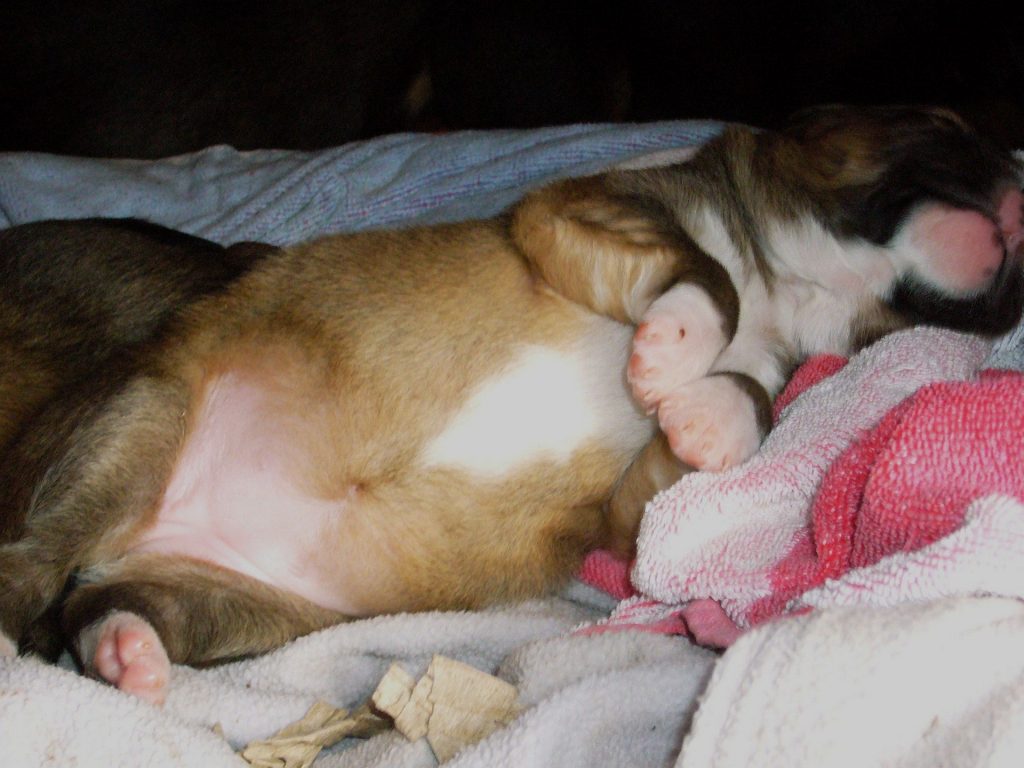 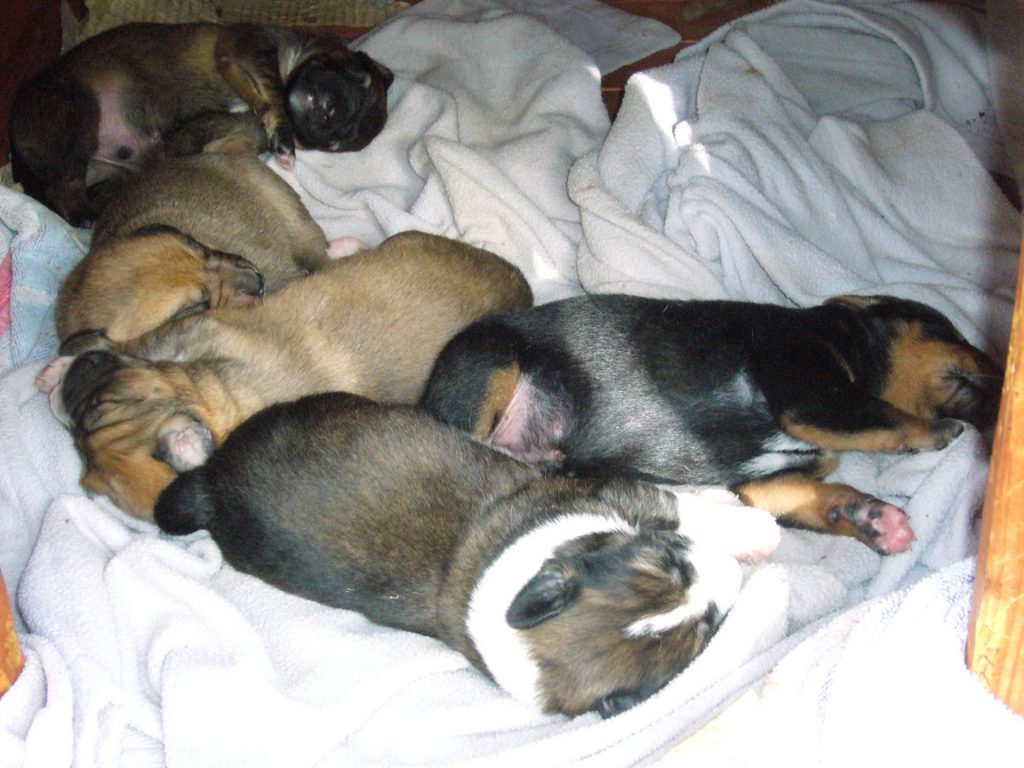 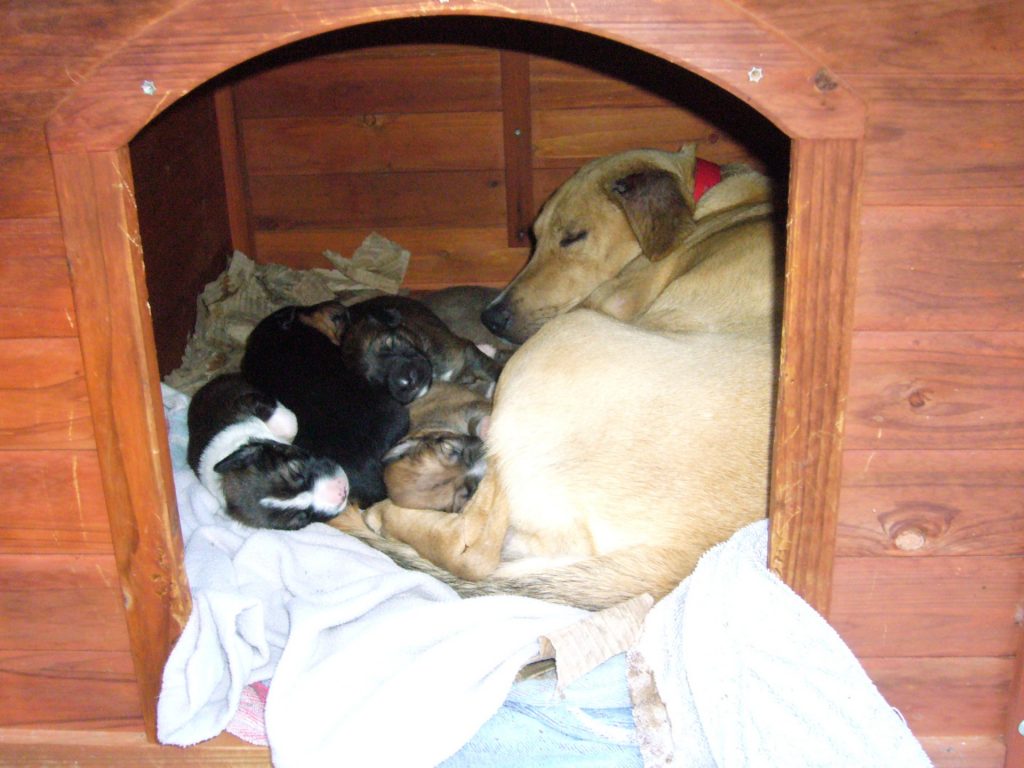 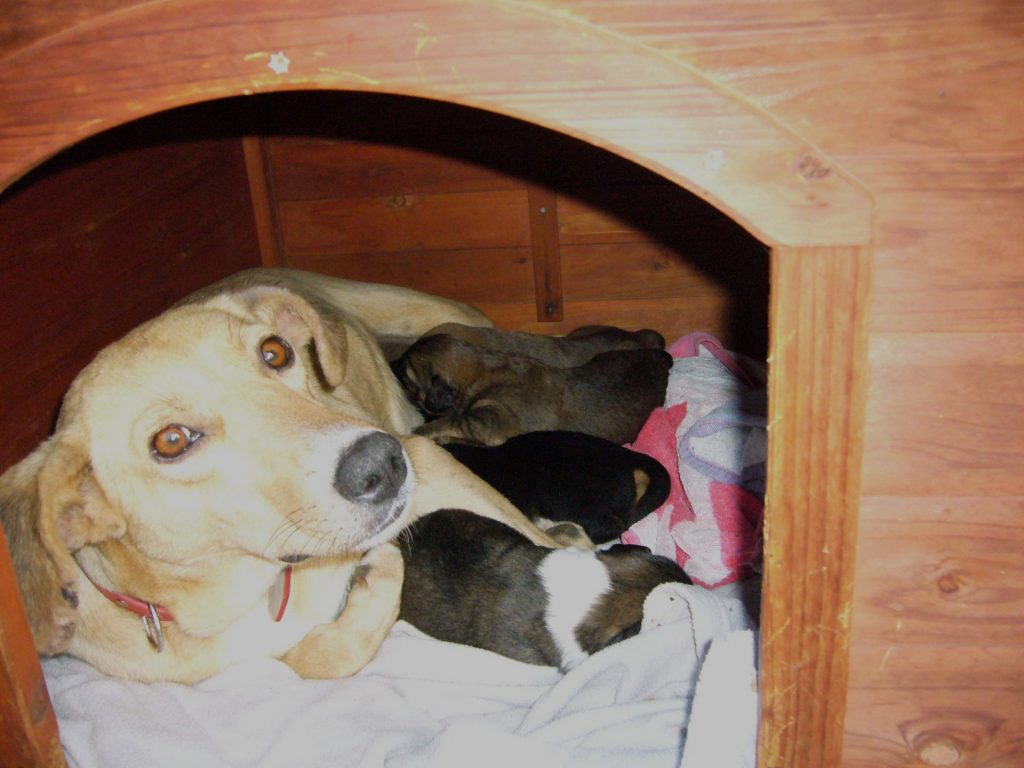 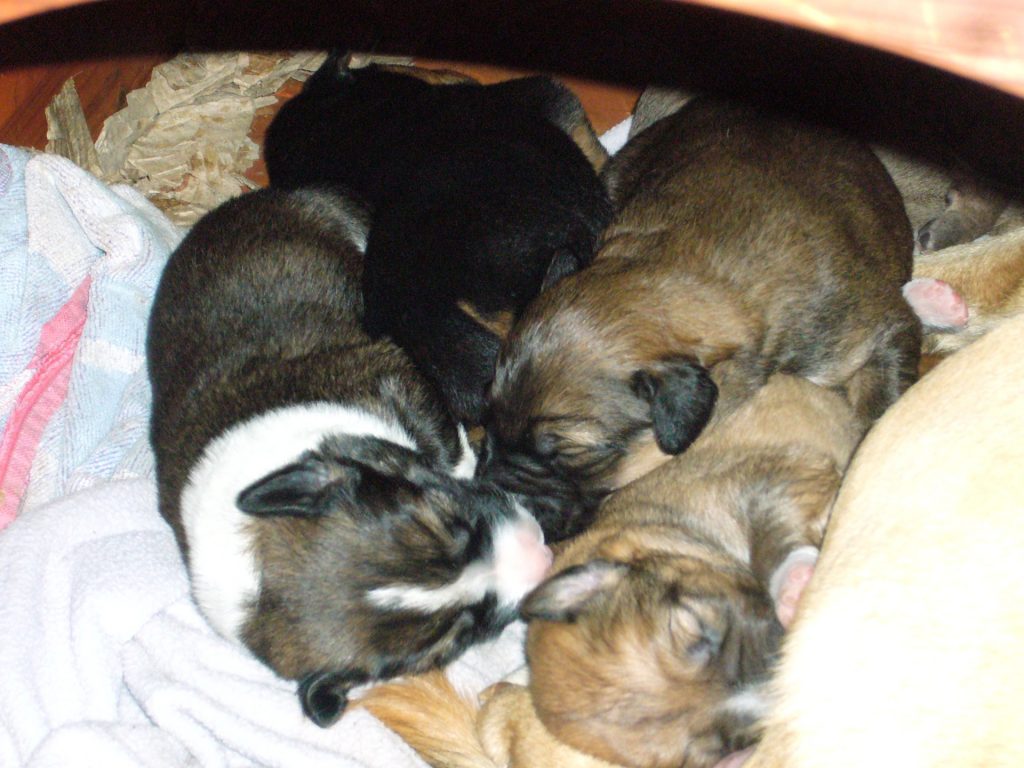 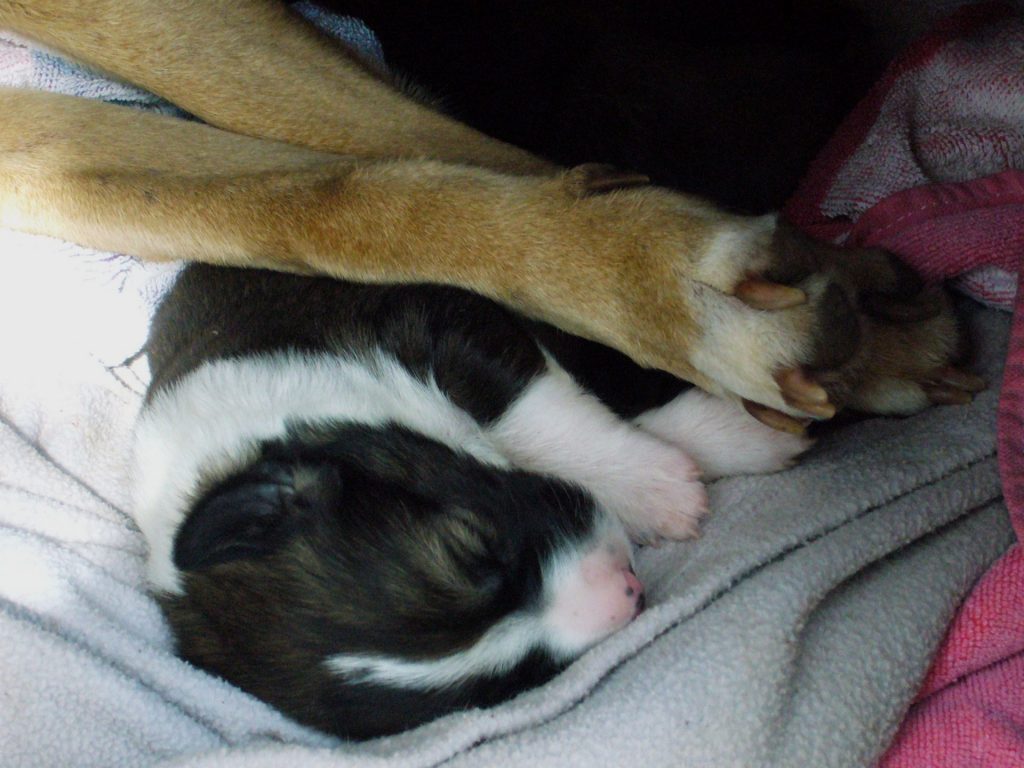