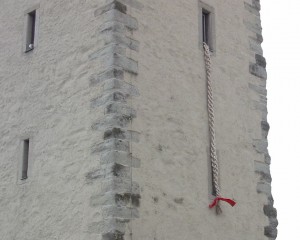 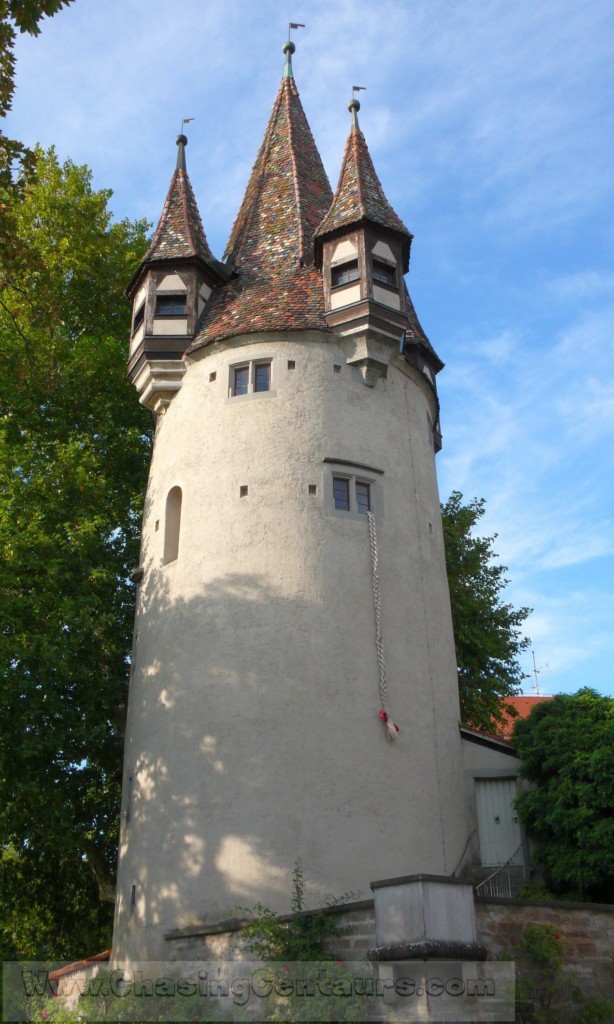 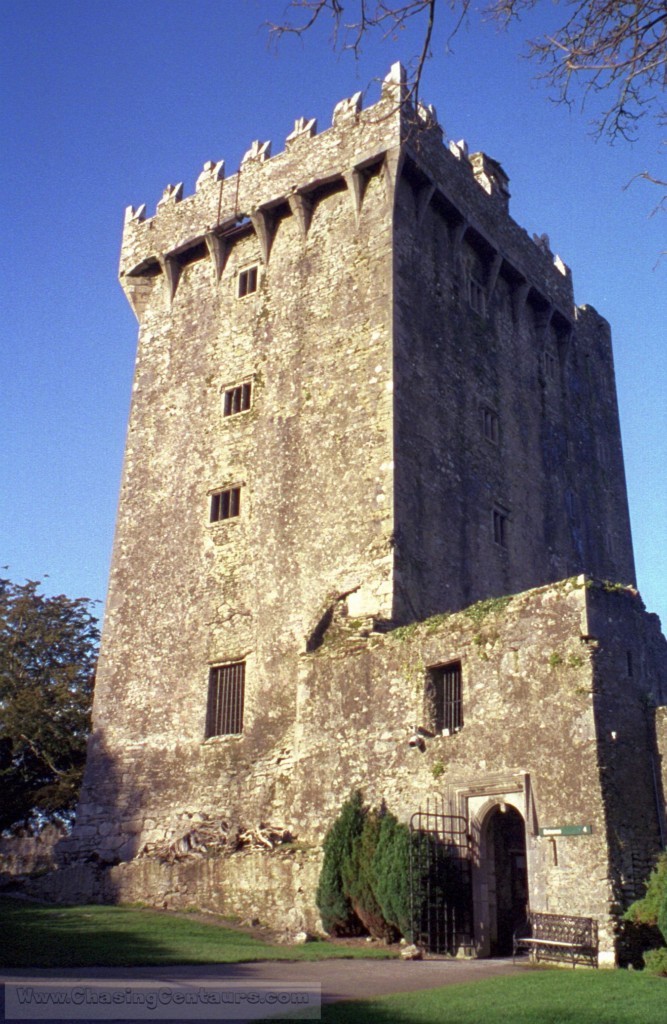 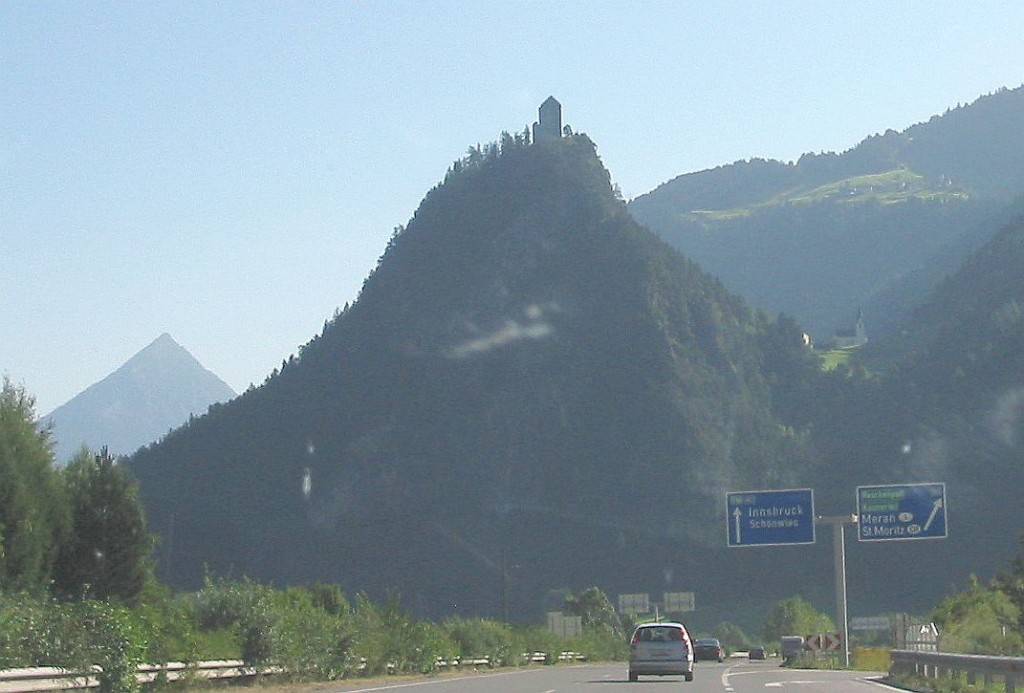 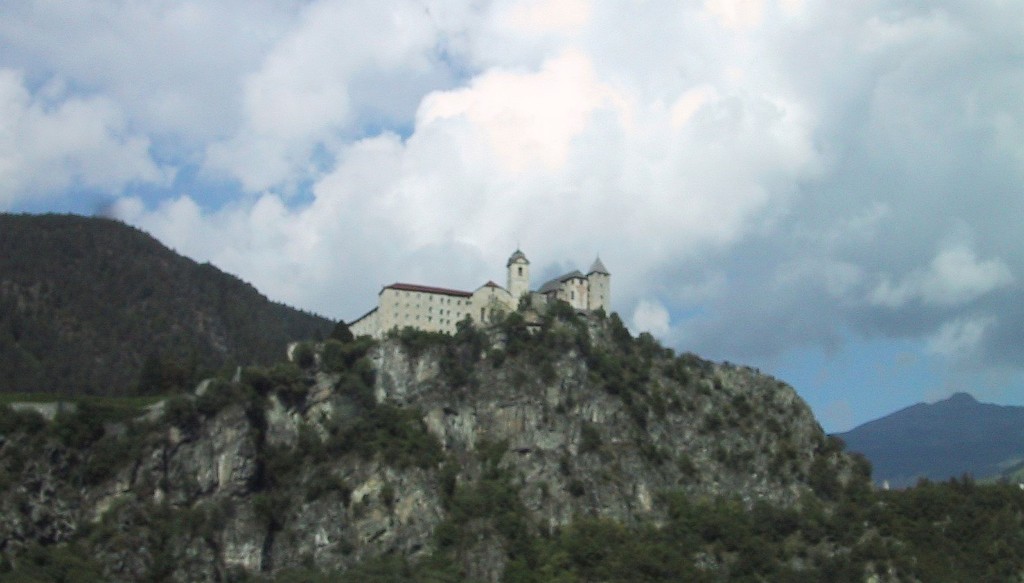 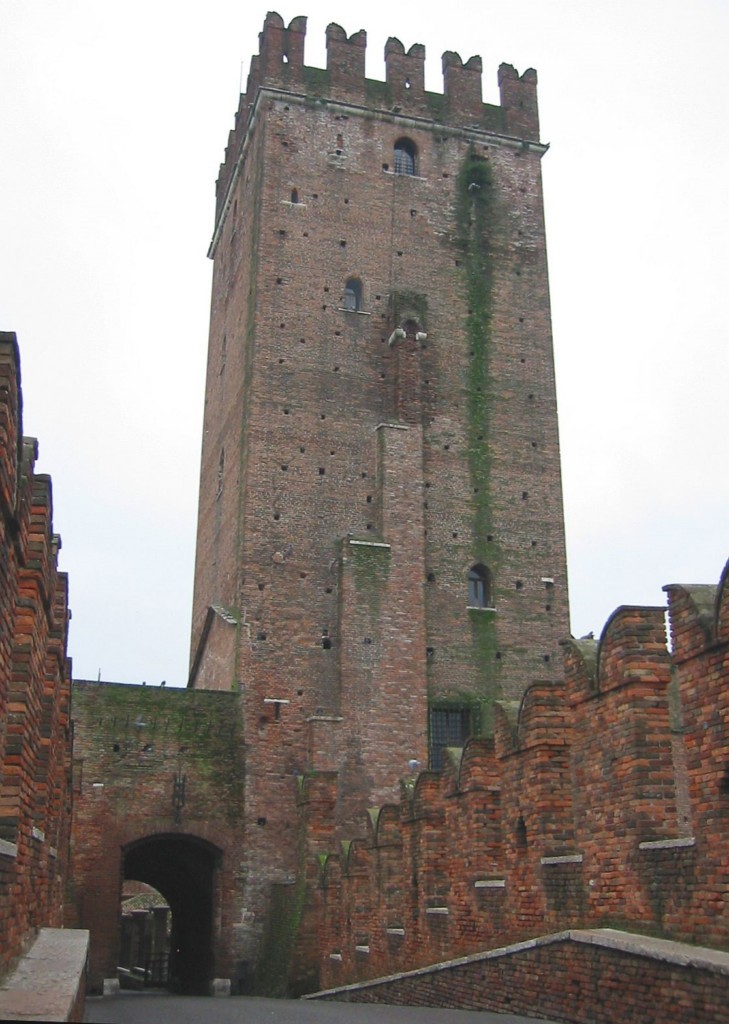 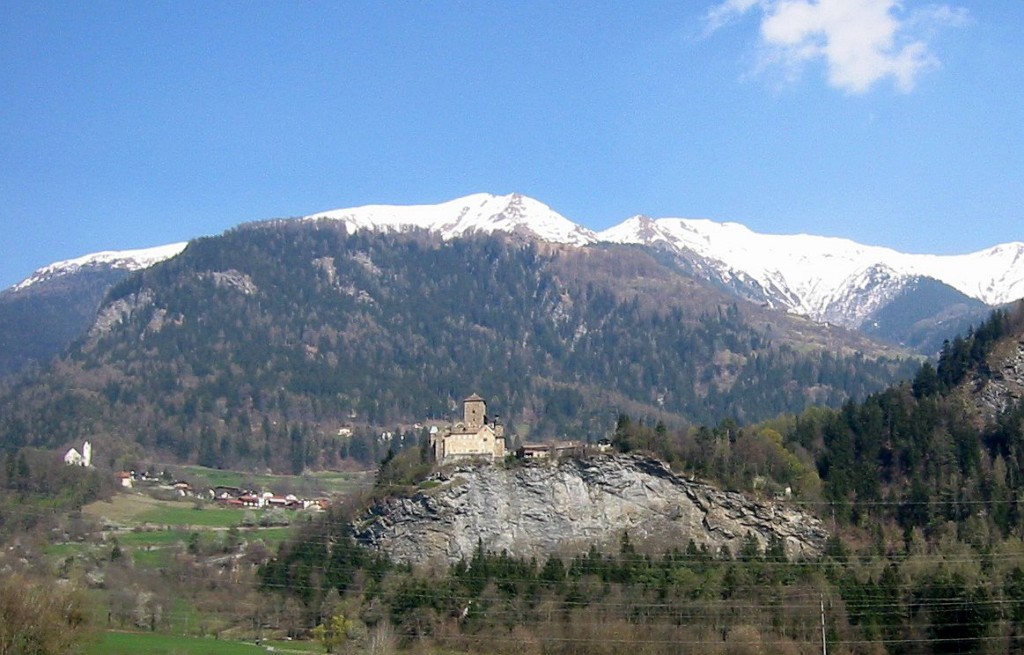 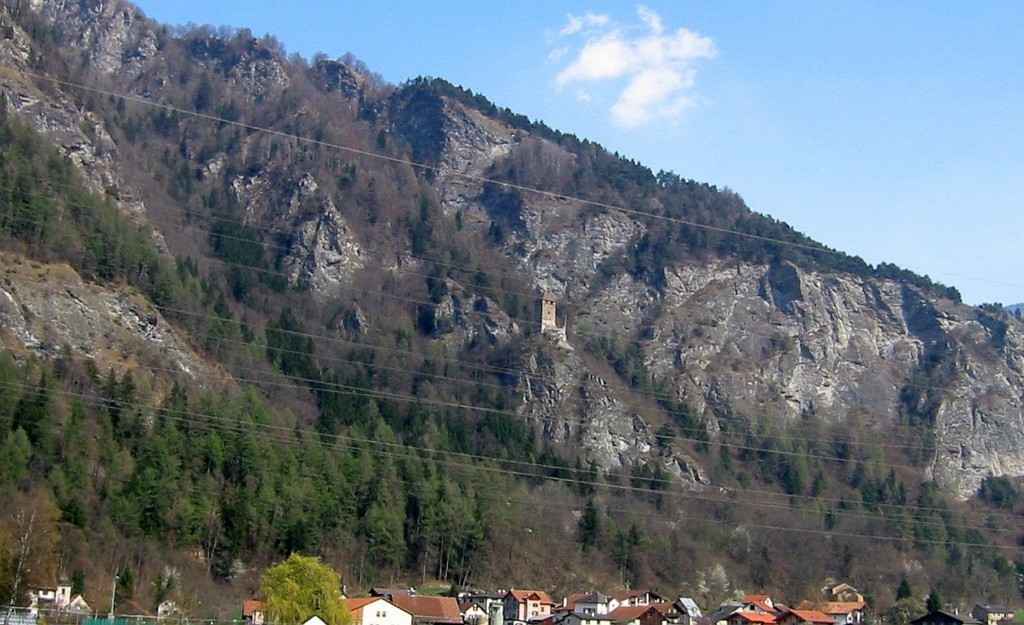 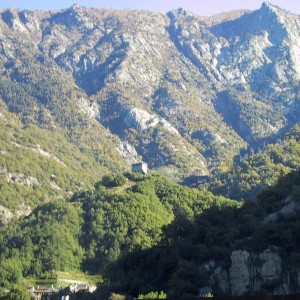 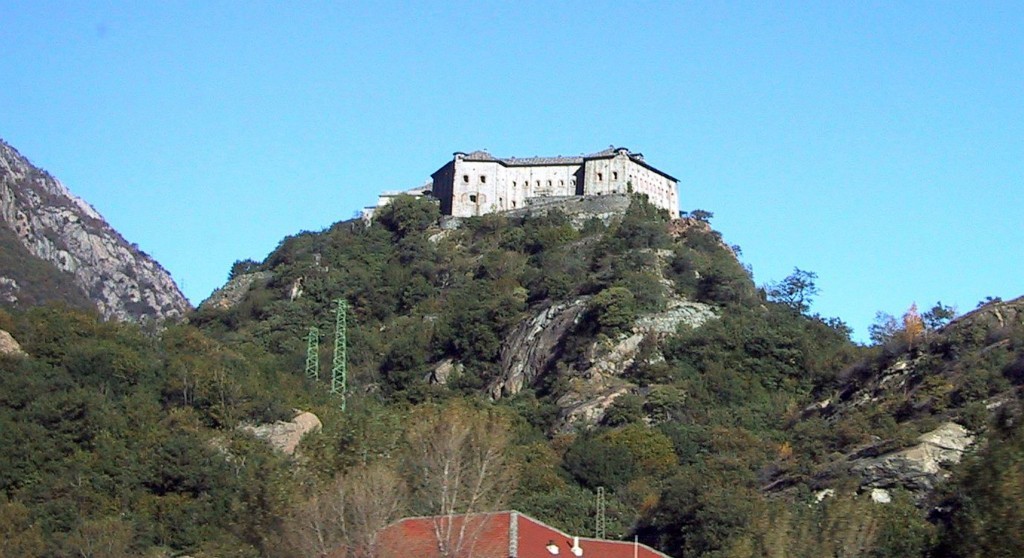 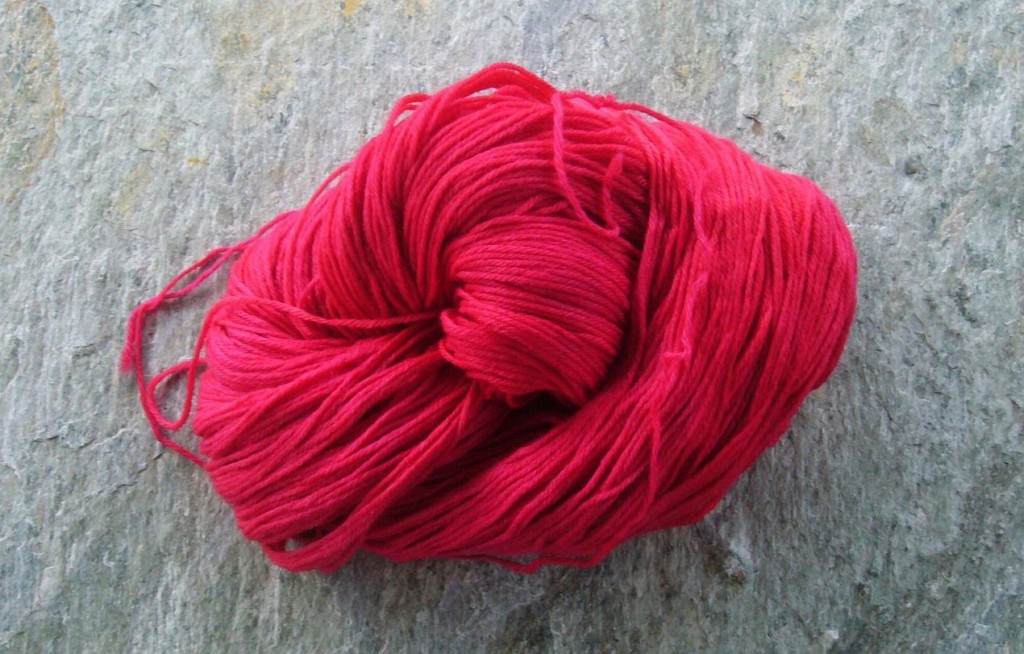 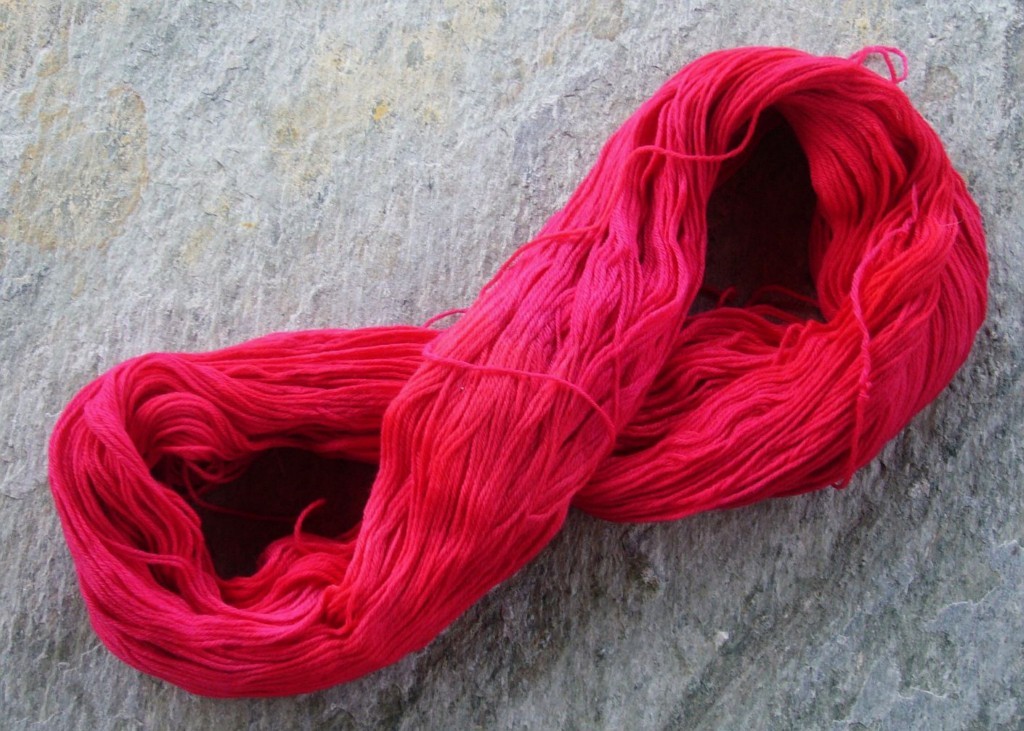 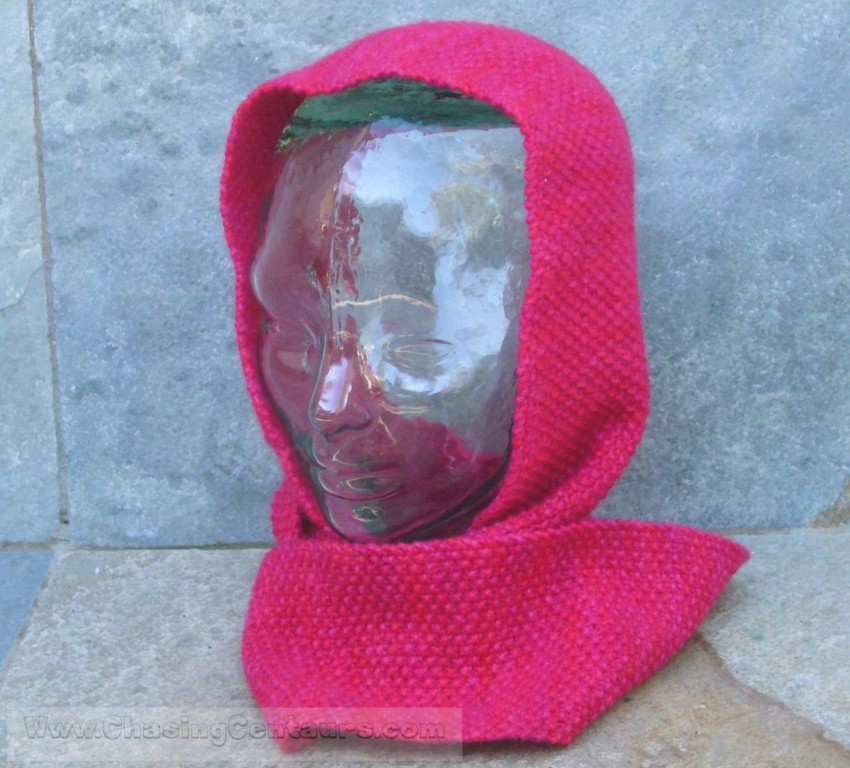 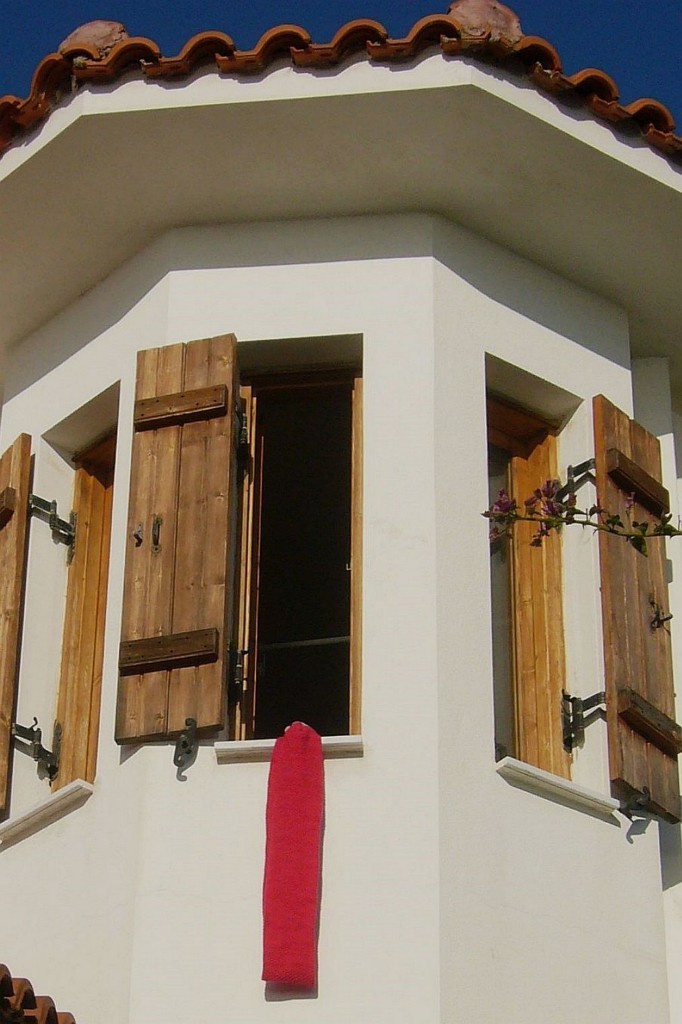 My yarn stash cannot be described as small, and it’s certainly very eclectic. Colour dominates the collection of almost every type of yarn, but wool and wool blends are well represented from tweeds to angora, mohair to baby-fine merino, worsted weight basics to the wildest novelties. I confess I collect. Many of my yarns, whether they have been knitted up or not, function as mini travel diaries recording people and places encountered. While delving through the stash earlier in the week, I chanced upon a single ball of Cabaret by Stacey Charles. A burst of colour! Just too, too much but perfect for a zany hat.

Medusa was a beautiful priestess in the temple of the goddess, Athena, which required her to lead a celibate life. Unfortunately, Poseidon rather put an end to her vows of chastity. Depending on which version of classical Greek mythology you read, their love was either consensual (and one hopes so for the poor girl’s sake) or an act of violence. Whichever, Athena was less than thrilled and took a terrible revenge on Medusa, making her face hideously ugly and turning her lovely locks into a seething mass of poisonous snakes. Medusa was transformed into a monster. Shame on Athena, for she was, among other things, the goddess of reason, but obviously reason surrendered to rage.

Medusa, no surprise, fled, and wandered about turning to stone anyone who had the misfortune to gaze upon her ghastly face. Greek mythology is absolutely fascinating, but perhaps not reading material of choice for the faint-hearted!