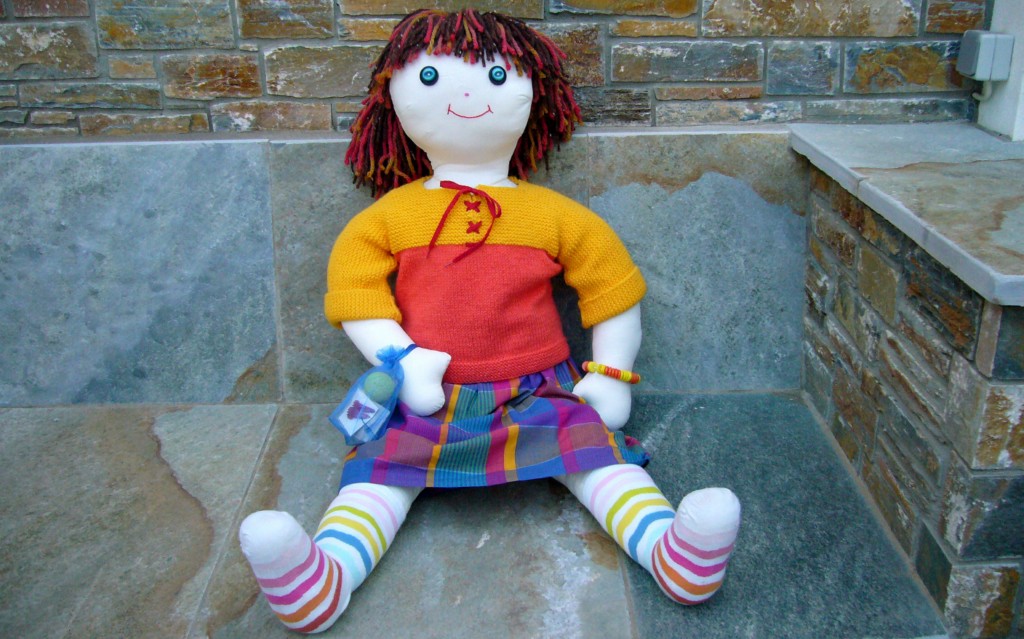 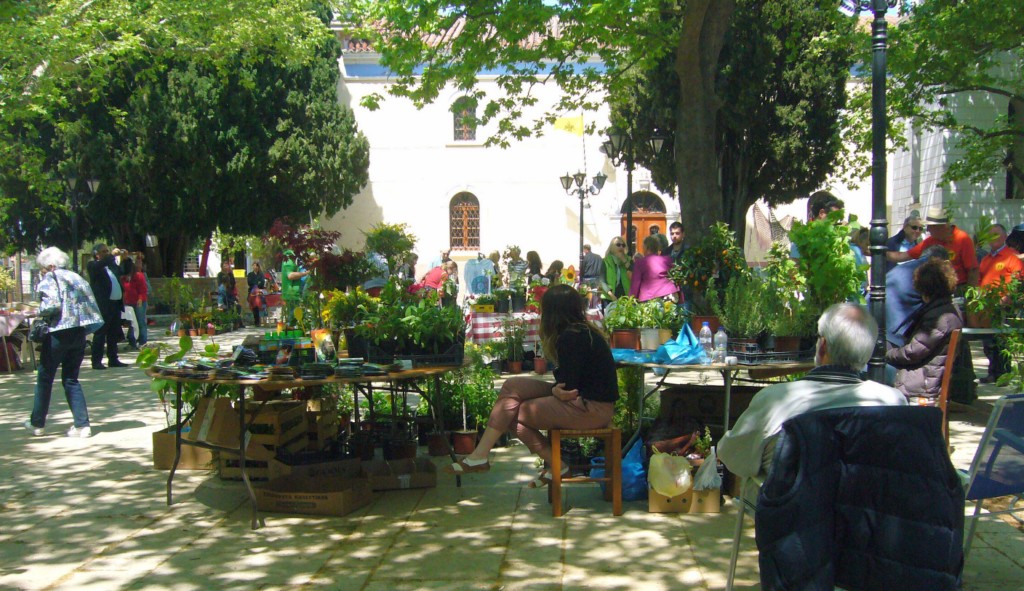 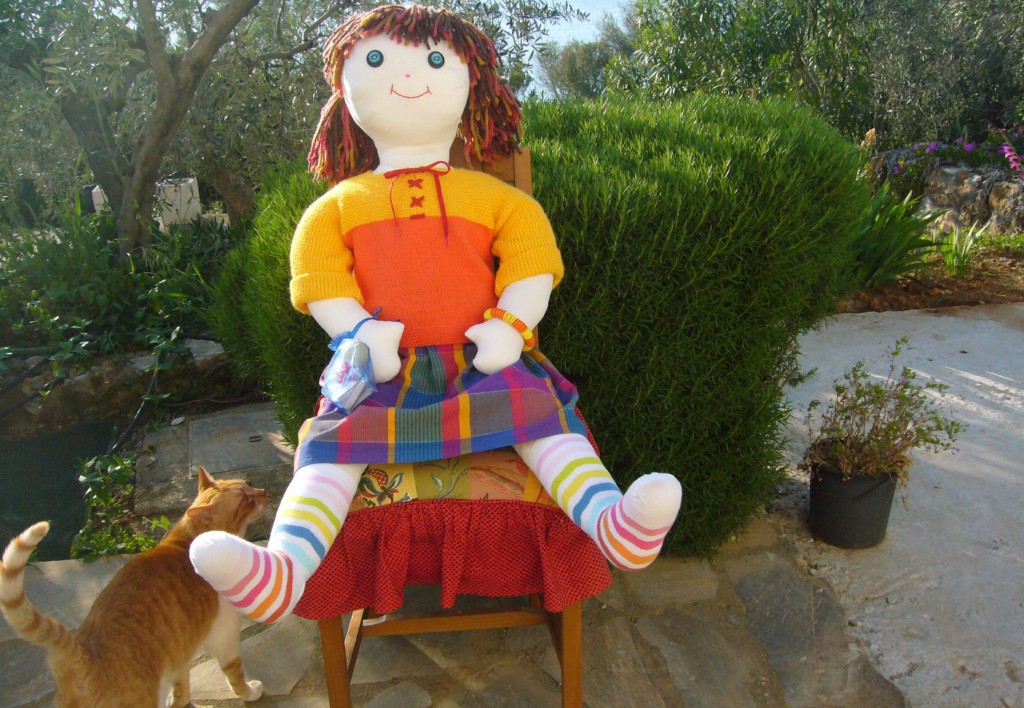 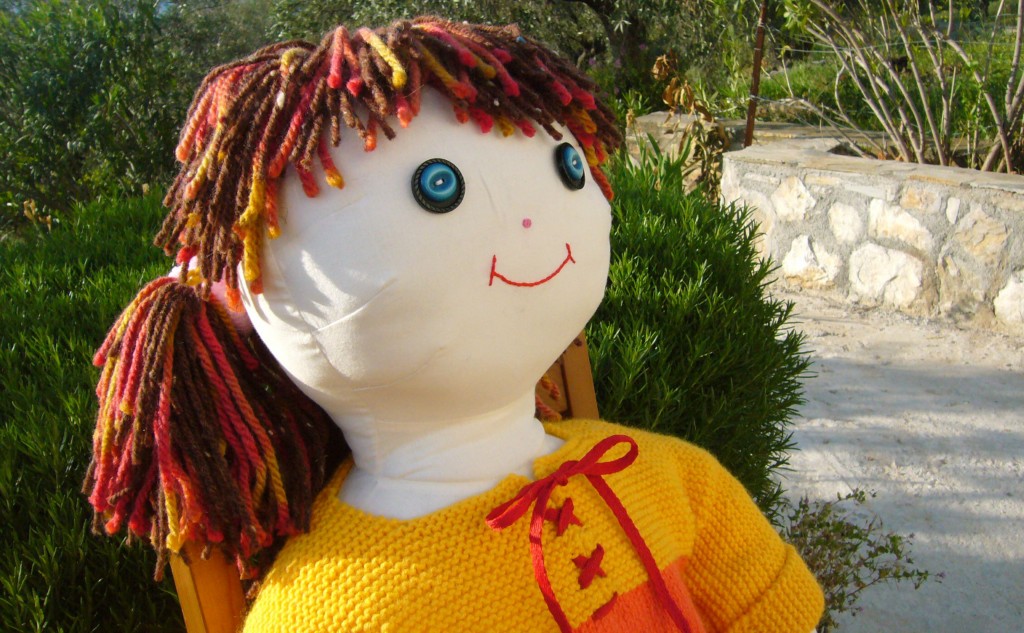 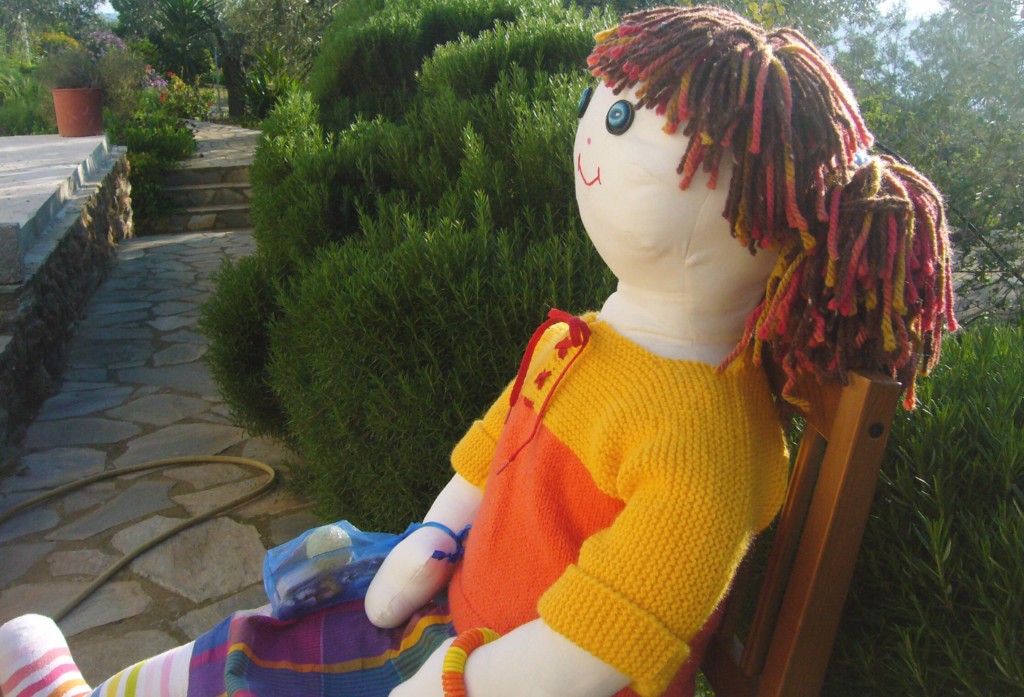 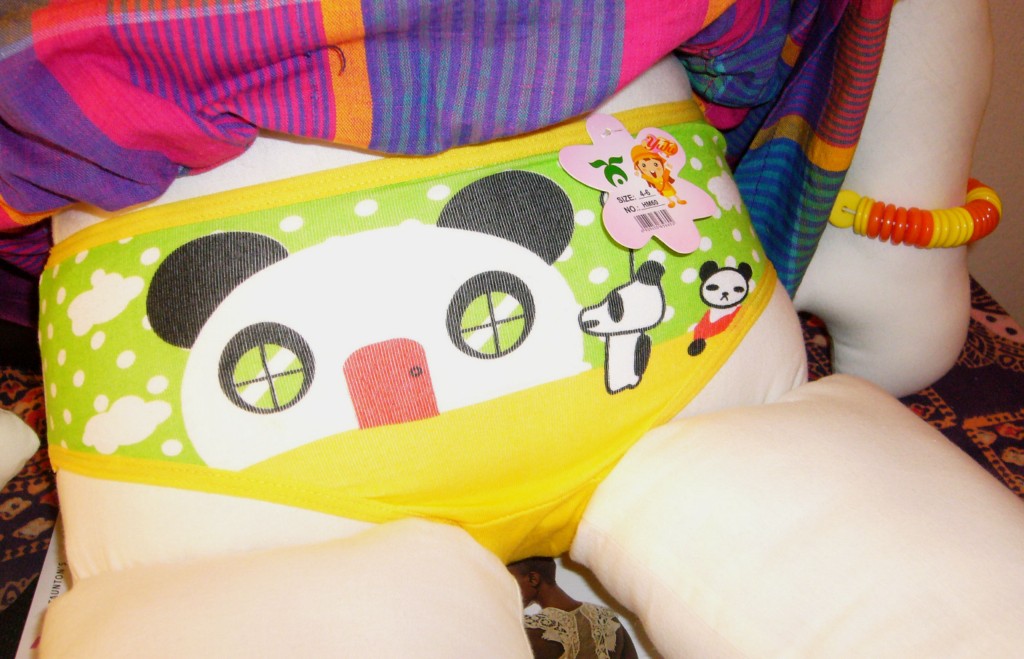 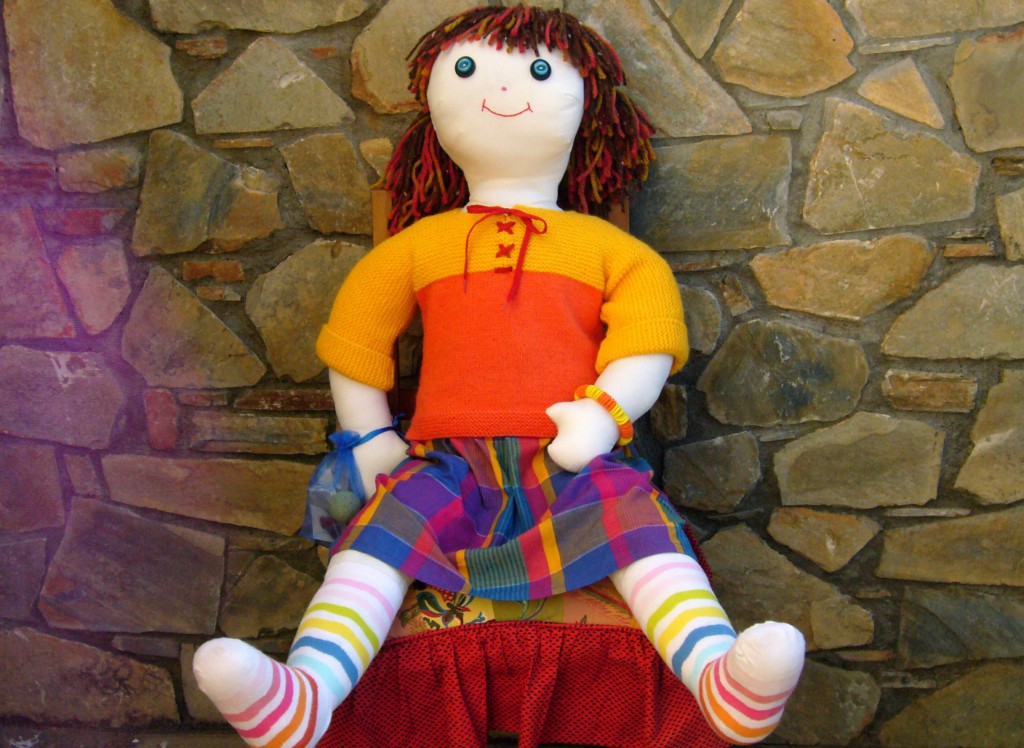 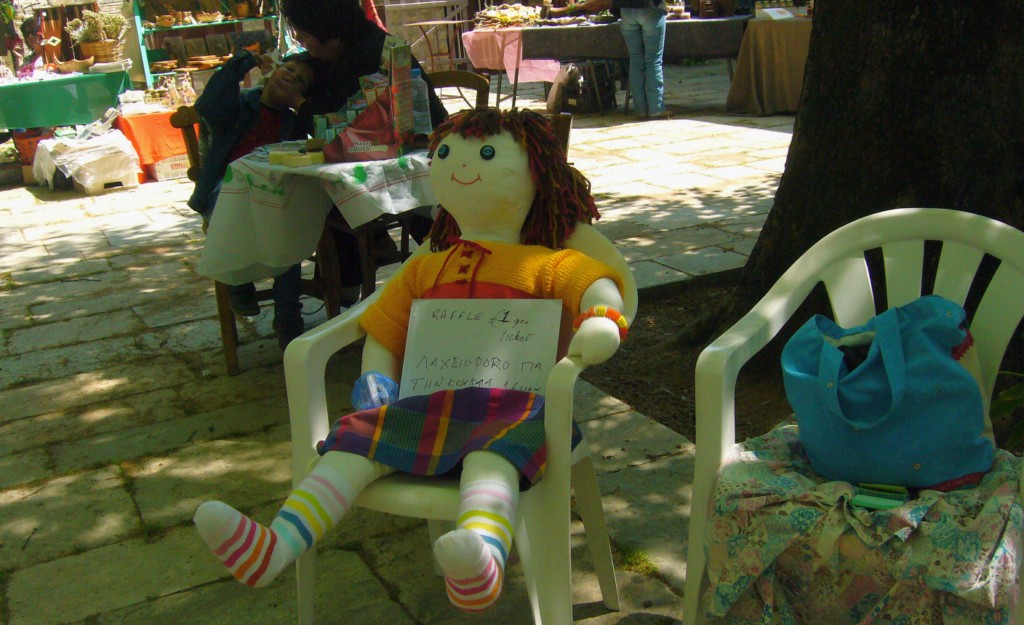 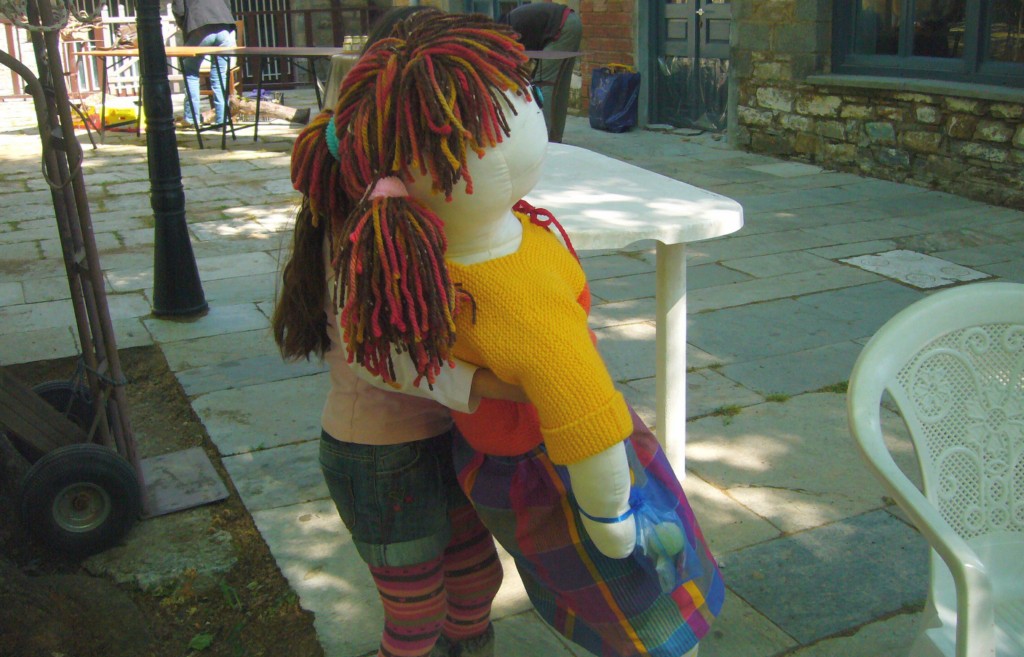 The adorable winner taking Dolly to her new home.