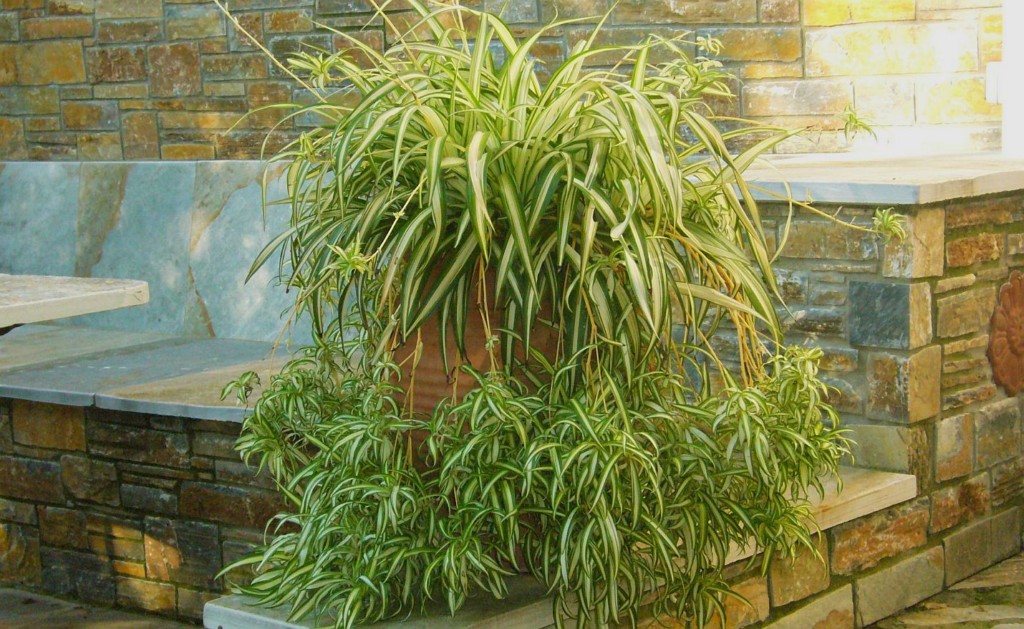 This striking plant, called hen-and-chickens in South Africa where it is indigenous, has long been known to the native populations, some of which still use it in various forms of herbal medicine. It was first identified in 1794, and given the name Chlorophytum Comosum.
Since then it has been cultivated into many varieties all over the world, gaining itself common names such as spider plant, airplane plant; the botanical name of this particular one is vittatum. You can tell that it’s a very obliging plant, easy to grow, by the fact that it thrives in my garden even though I’m not possessed of green fingers. It’s certainly what you might call an enthusiastic plant, throwing its offspring out into the world to seek their fortune, rather like the mythical Jason did.

Now that you’ve had a botany lesson, let me tell you how Jason’s latest hat came about.

The chickens/spiders/airplanes that this plant has produced continuously since summer have been catching my eye daily. I needed to do something with yarn! Mythos Minor was particularly enthusiastic as he’s under the impression that the wild antics of knitting yarn and fingers are solely for his amusement, but Jason maintained his thoughtful composure. 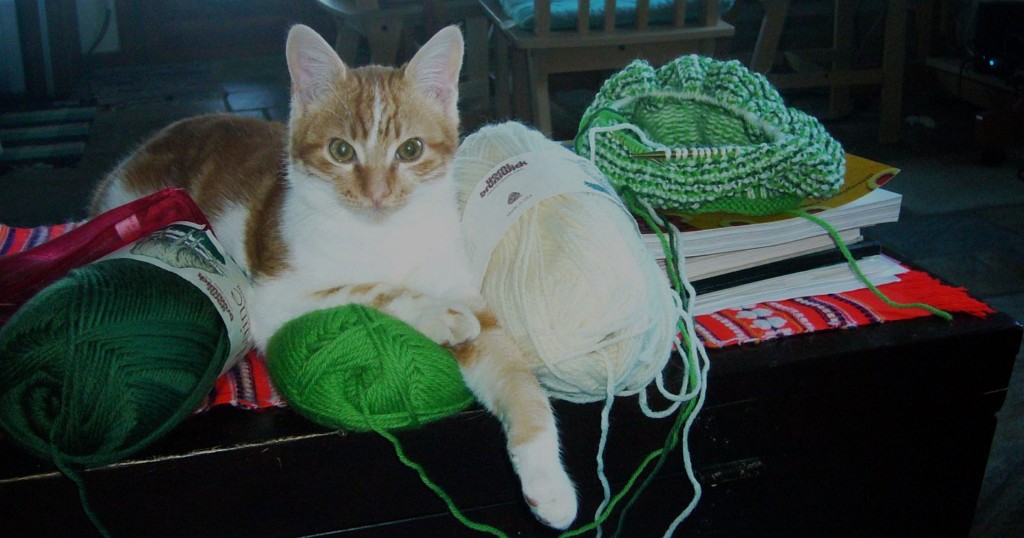 Are we ready to continue? 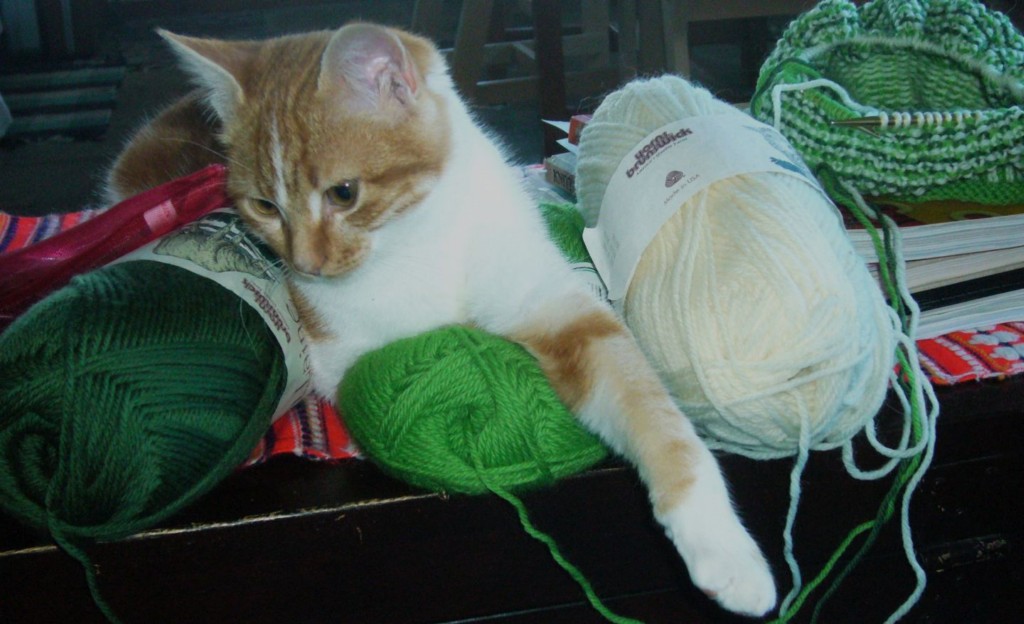 Which colour are we playing with first? 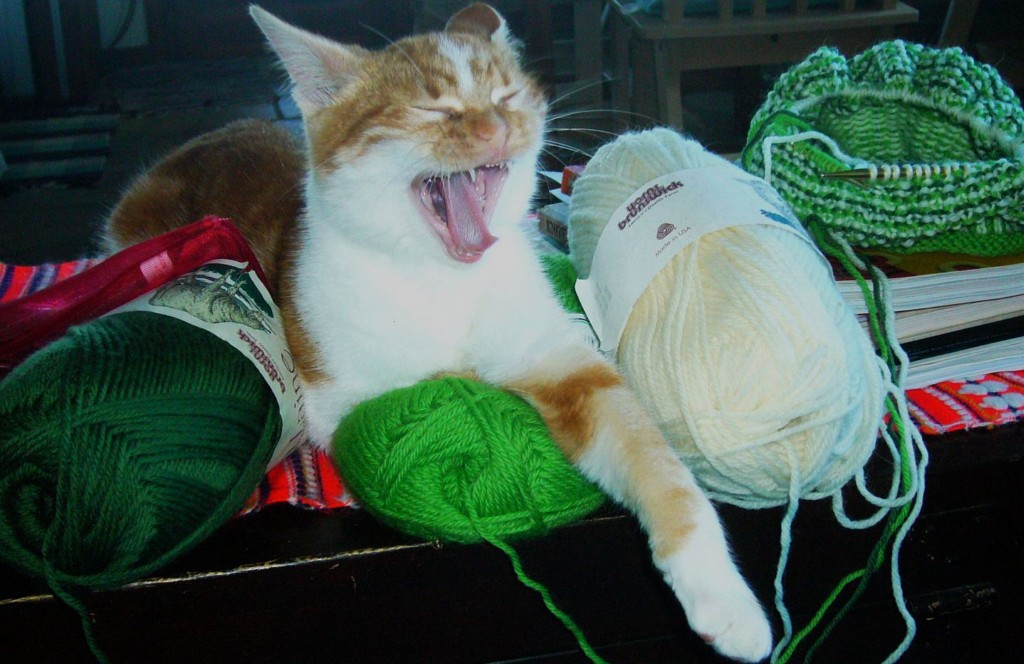 This inaction is getting seriously boring – are you going to knit or what? 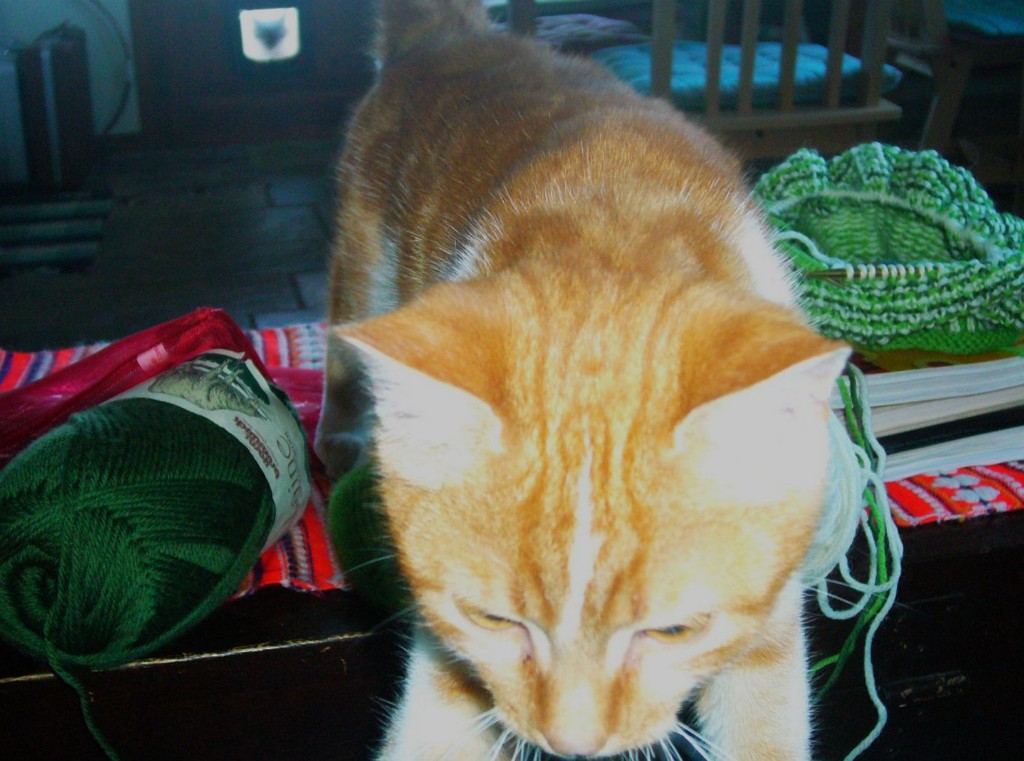 Who’s that coming in the cat door? 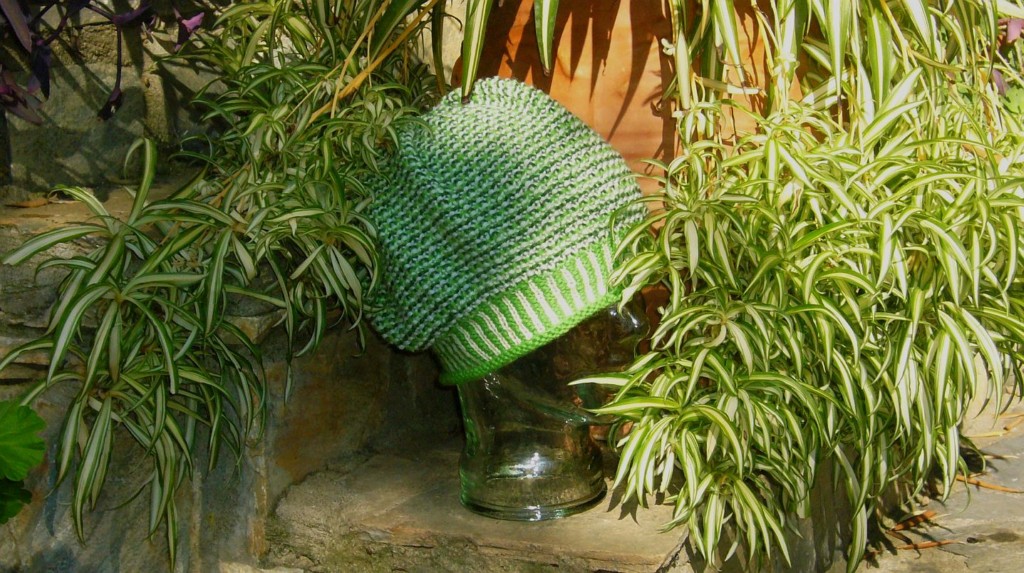 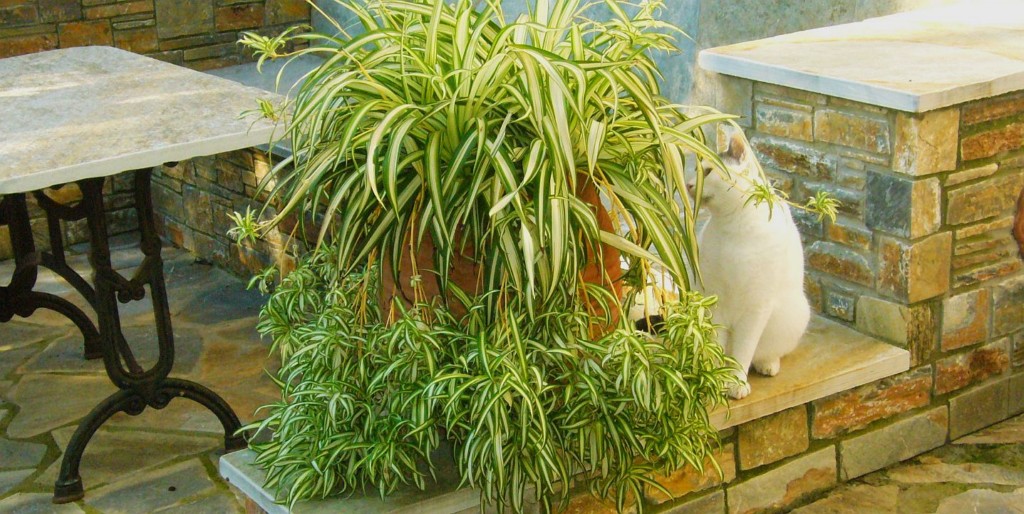 How and when did these sturdy plants come to the Pelion Peninsula? Greece has been a seafaring nation since antiquity which makes me wonder if some plant-loving adventurer collected the first specimens in the forests of unknown Africa?
This entry was posted in Uncategorized and tagged camouflaged, cat door, cats, Chlorophytum comosum, forests, hat, herbal, indigenous, Jason, knitting, medicine, minor, Mythos Major, Pelion, plantlets, plants, Southern Africa, vittatum, yarn. Bookmark the permalink.