A SHINE ON YOUR SHOES

“When there’s a shine on your shoes
There’s a melody in your heart.”

Visit any of the well-frequented tourist sites in Turkey and you’ll encounter many of these; even in the smaller towns you’ll come across some. Who or what am I referring to?

Answer: the chaps who shine shoes. Many and varied are these entrepreneurs, some of whom have occupied the same spot for years, and some who are here this day but gone the next for, as with any occupation, there are those who work very hard, and those whose approach is more casual.

Does a shoe shiner require a permit to operate his tiny and highly portable business? Probably, but I have no idea of Turkish rules and regulations which control such enterprises. What I do know is that those who have cleaned my dusty shoes while I have rested my tourist-tired feet, have been unfailingly cheerful, and have taken such pains with my footwear that I always feel refreshed of soul, not to mention sole.

The most basic equipment of the trade is quite simple of course, requiring little more than a couple of brushes, a few bits of cloth, some polishes, and a container to keep them in. This could be a wooden box, a large tin, even a cardboard box, but it’s the wonderful brass bound, highly ornamental shoeshine kits that grab me every time.

They fascinate me! Some are clearly antique, with wonderful hand-beaten brass worked around the basic wooden box. Some have intricately inlaid mother-of-pearl motifs, some have Arabic verses. They have little drawers and tiny shelves; glass bottles and jars to hold oils and polishes with highly decorated stoppers, usually secured by delicate chains; they often have hand-hammered shoe rests; complicated locks and keys abound.

They may open up concertina-style, or have an equally beautiful cover that fits snugly over the whole thing, the carrying handle making them rather reminiscent of old sewing machine cases. Such beautifully ornamented pieces, the work of craftsmen, to be used for so mundane a purpose as polishing shoes, but not surprising really as Turkey has long been famous for its decorative arts. I suppose you could say I’ve really taken a shine to these.

The first shoe shine I had in Turkey was in Izmir, an ancient city which used to be called Smyrna by the Greeks, who still refer to it as such. The shoe shiners were a jolly group, plying their trade while chatting happily with passersby, and enjoying numerous cups of Turkish coffee and equally numerous cigarettes. 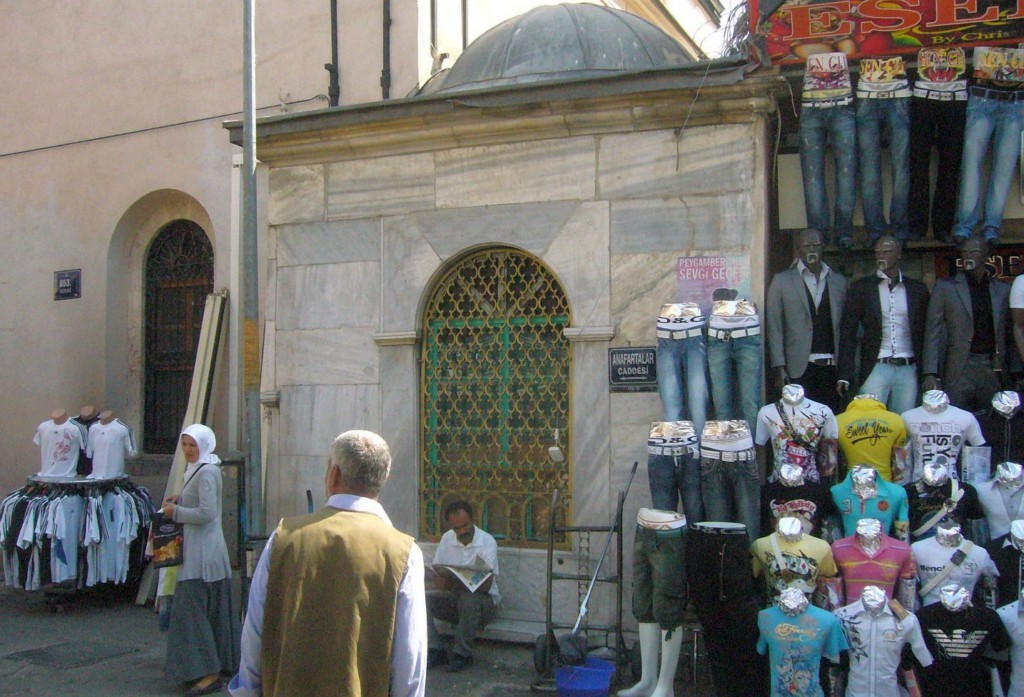 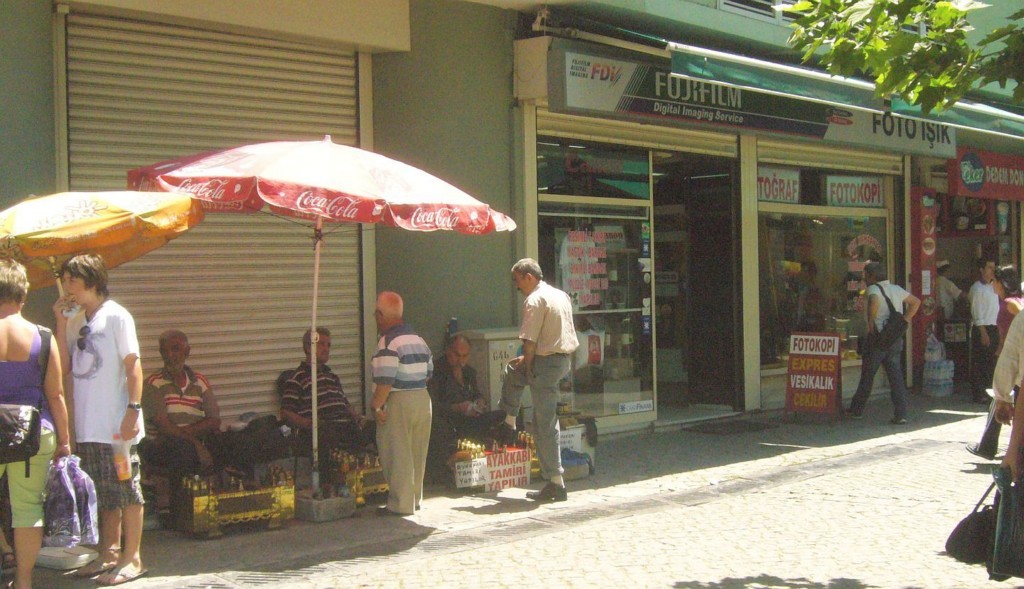 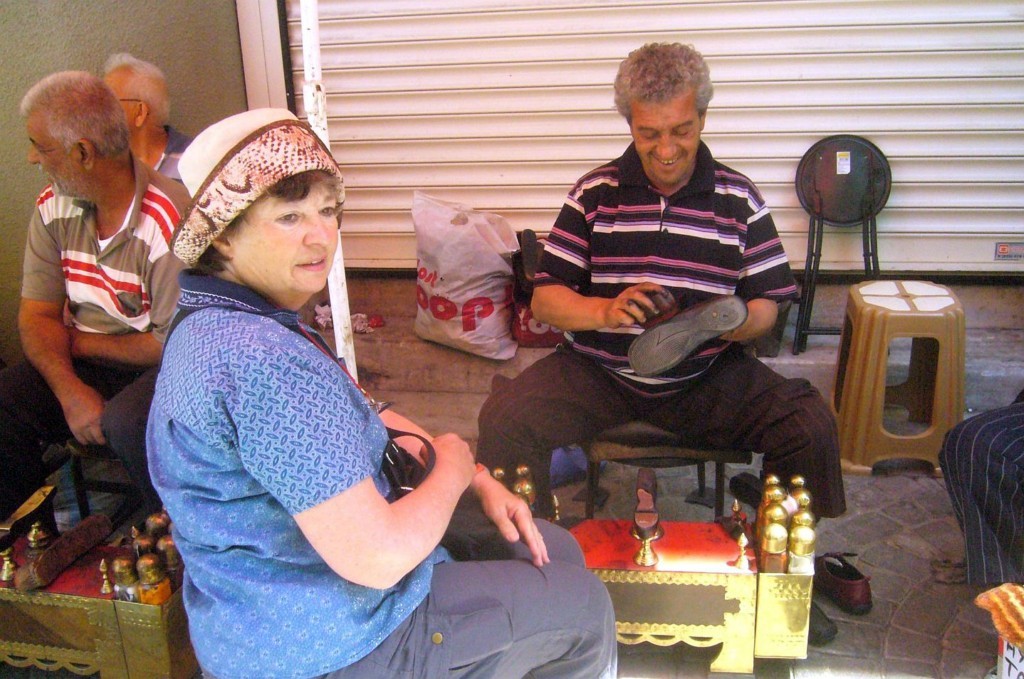 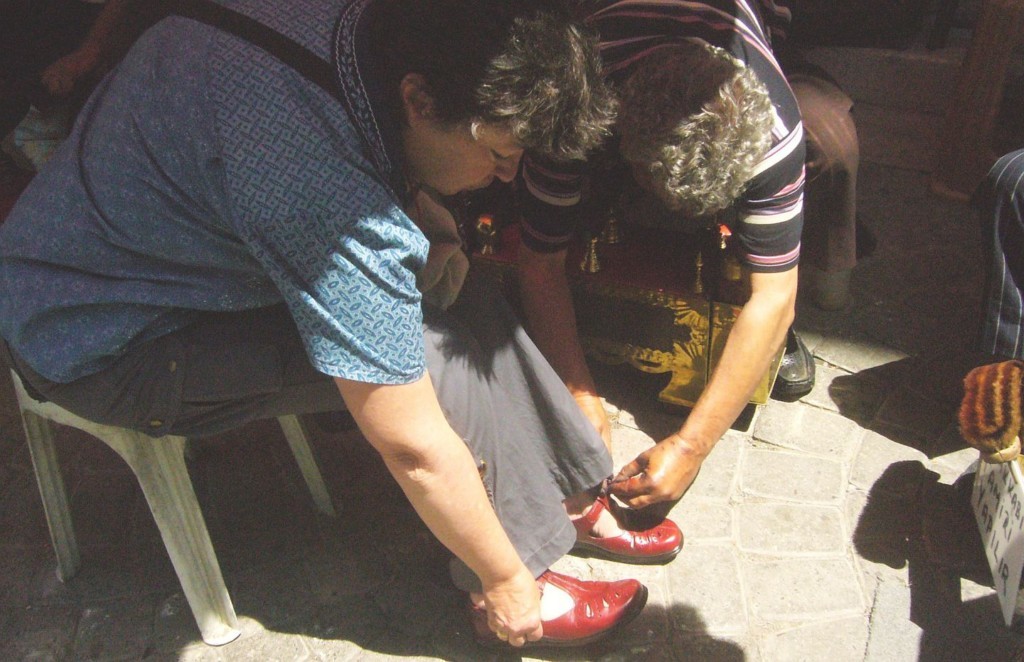 Close to the Sultan Ahmed Mosque in Istanbul  (formerly Byzantium, and known as Constantinople to the Greeks) is a very pleasant shoe shiner who cleaned my well-worn Eccos meticulously. 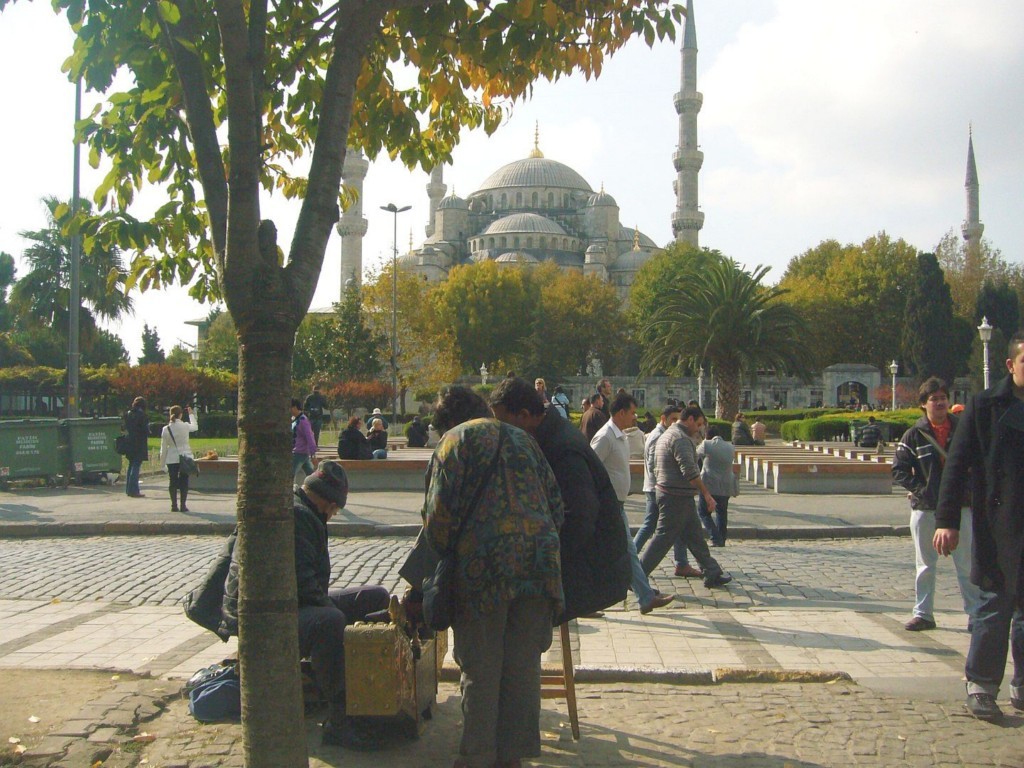 First he removed all traces of dust and soil with cloths. Then he applied a cleaner to every seam, each nook, each cranny, and buffed it off thoroughly. 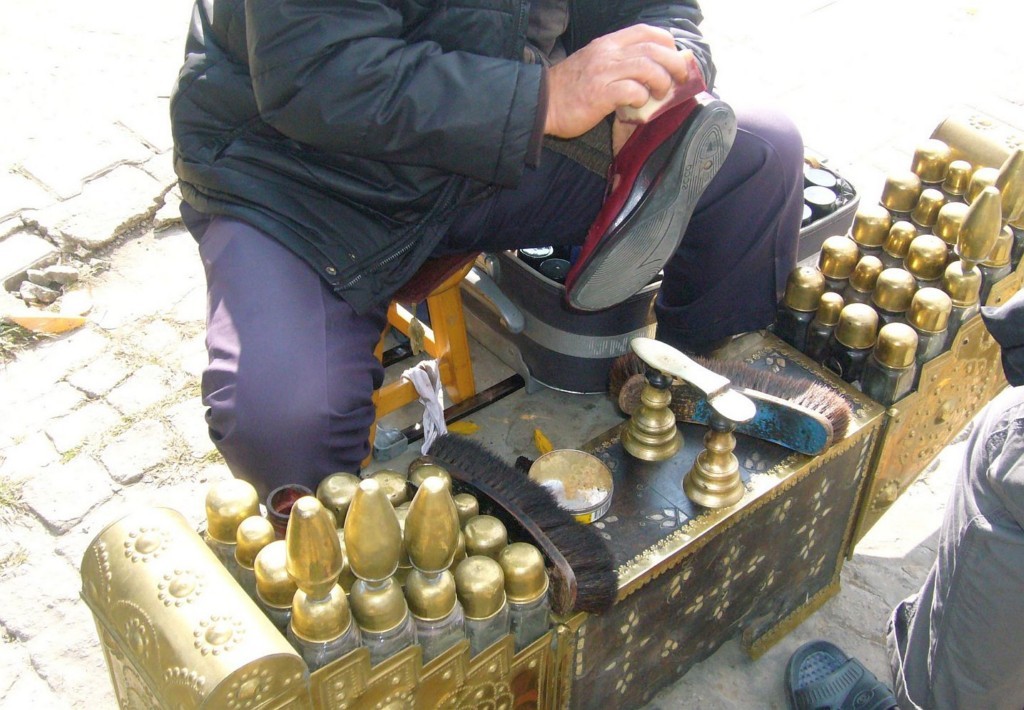 Tools of the trade

Then came the polish which he carefully matched to my shoes from his numerous selection of colours, working it deep into the leather. 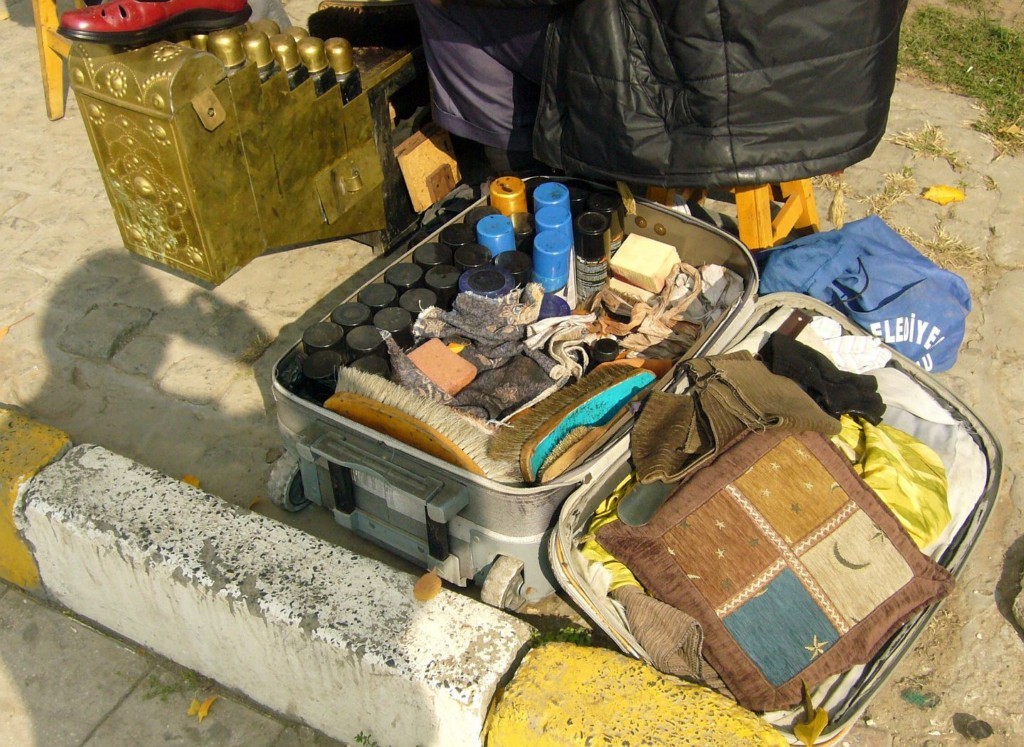 Vigorous brushing followed, then more buffing with clean cloths, before some kind of final coat was applied. 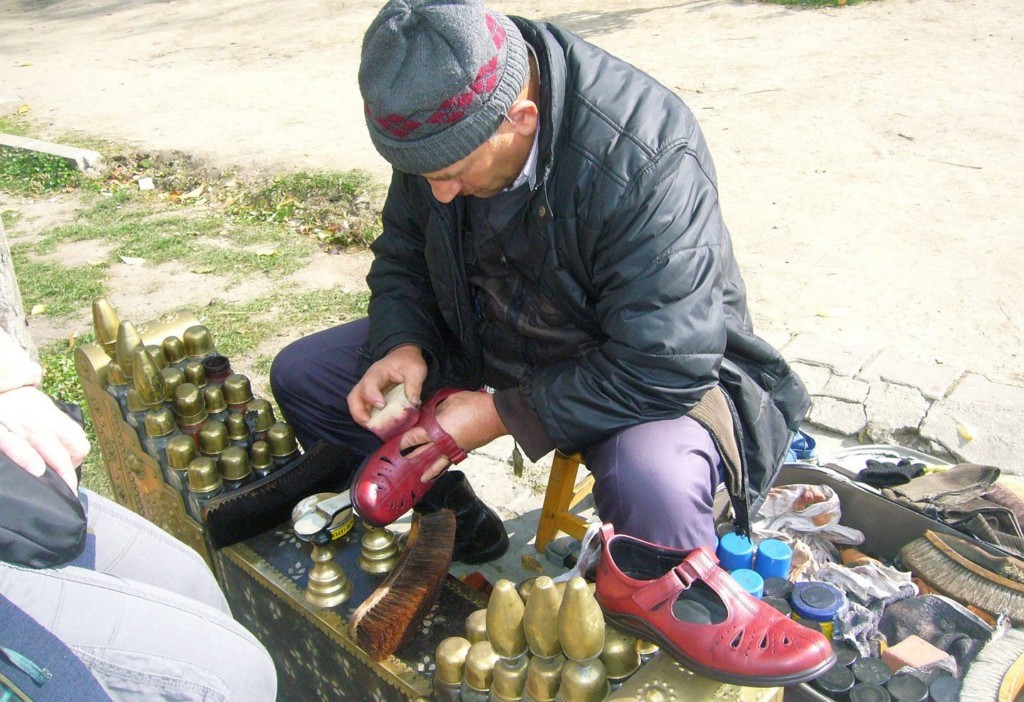 Such attention to detail 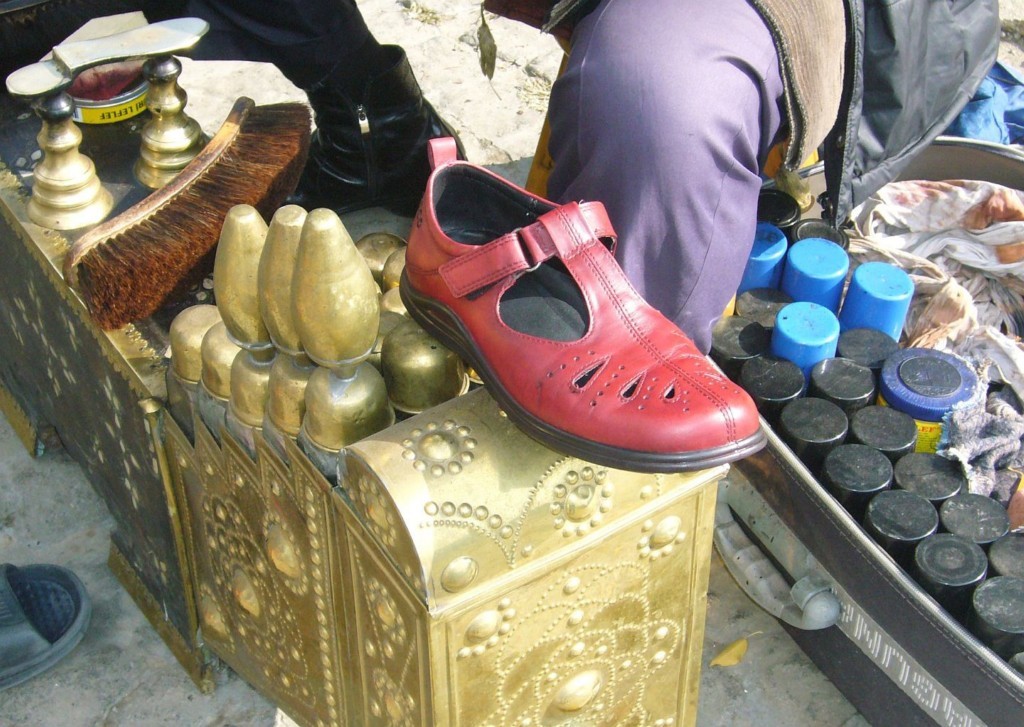 A passerby heard us attempting to talk to the shoe cleaner and very kindly stopped to help us converse. Our translator had spent time in America, and thanks to him we learned that the hardworking shoe shiner has plied his trade in the same spot for several years, and indeed, we saw him each time we walked that way to our hotel. 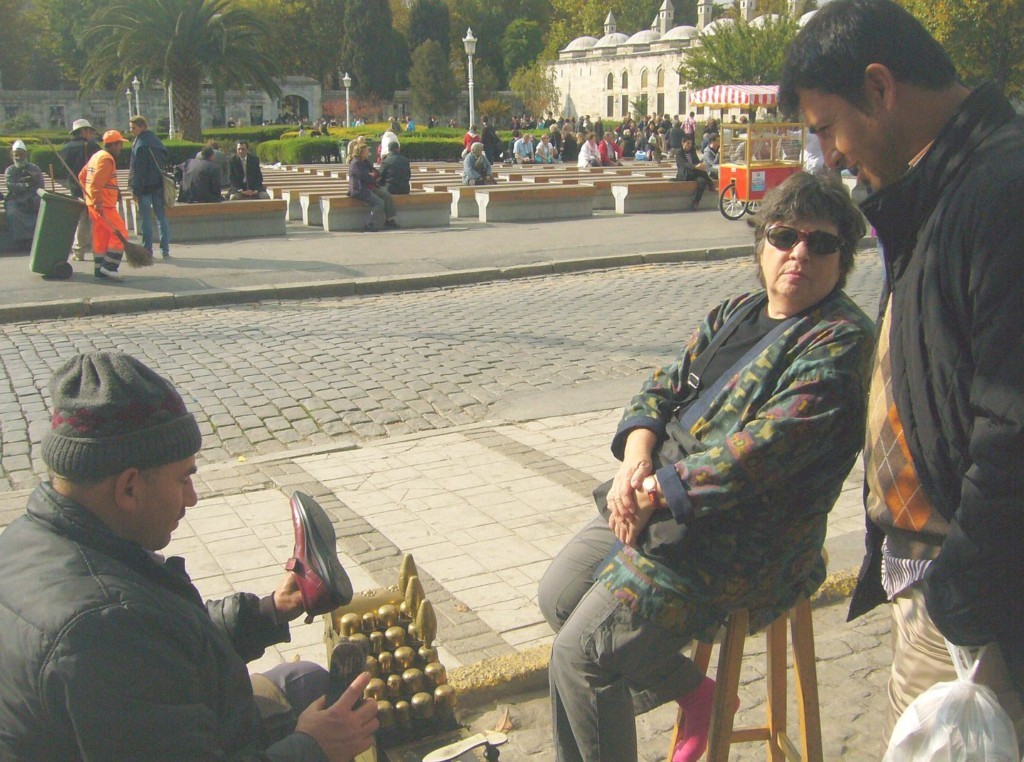 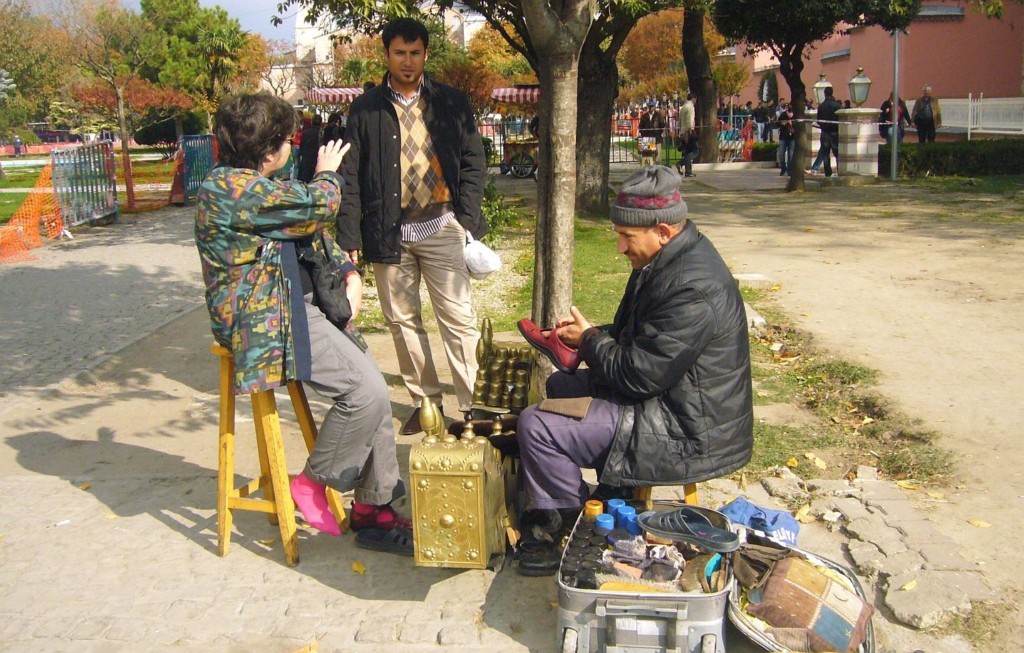 At day’s end, he closes up his wonderful box, zips up his wheeled case, and off he goes. Where to, I wonder? How far must he travel? What of his family? Was it a good day? 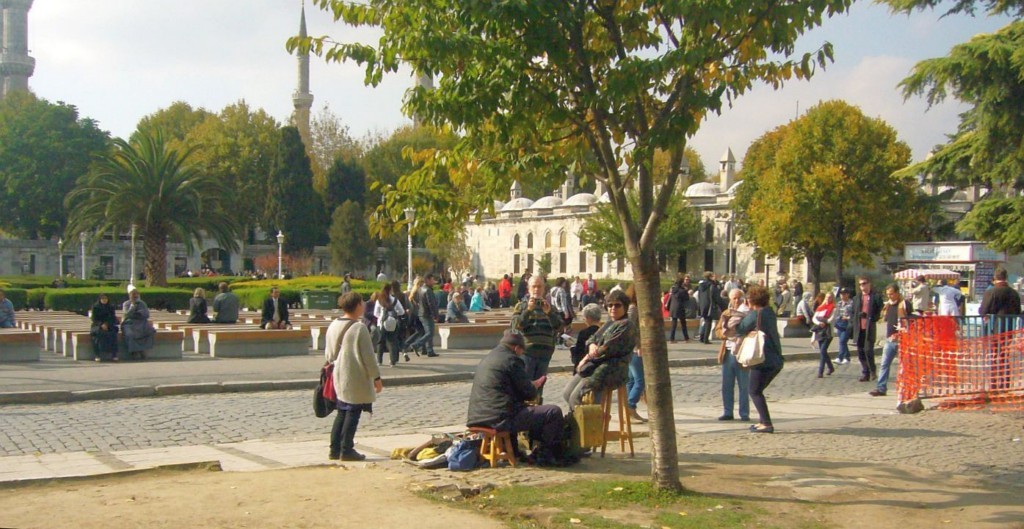 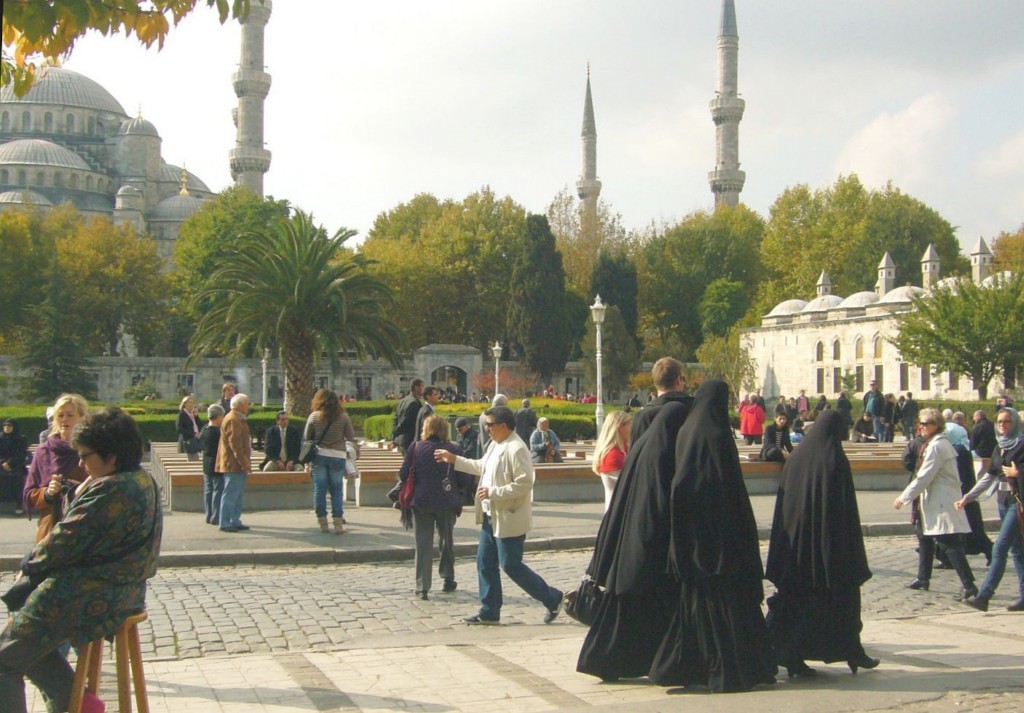 The world goes by

It’s often been our experience that locals will take the time and trouble to chat to us, whatever the language and hand flapping we’re using, and we’re always extremely grateful for such kindness.
This entry was posted in Uncategorized. Bookmark the permalink.