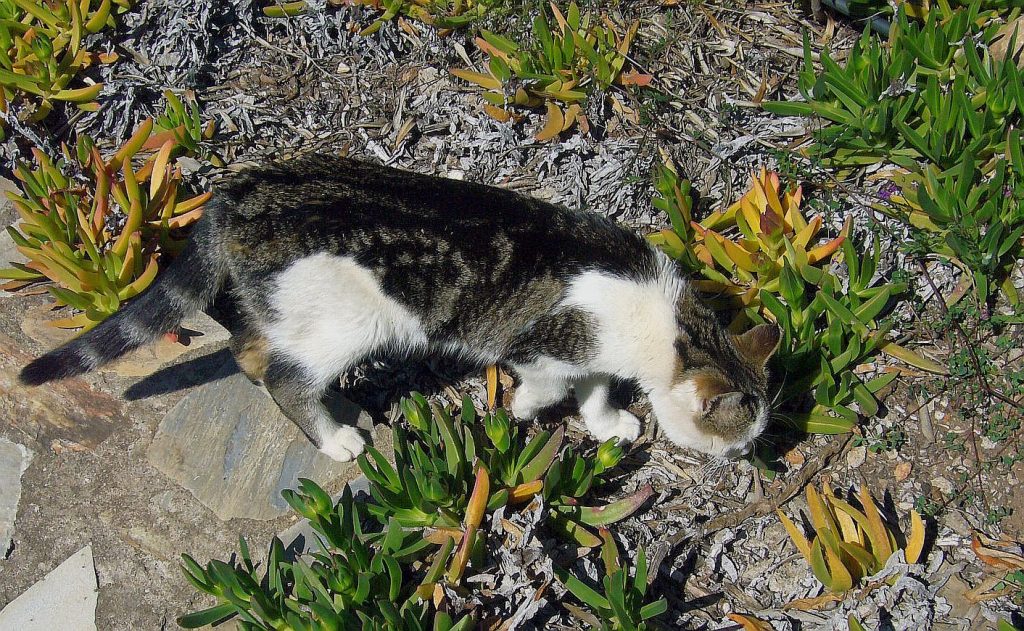 Bud is not blooming, I’m very sorry to say. We took him to Theresa on Friday because his appetite was poor and he had no interest in anything. Bud, that wee devil who’d zipped around here at the speed of light. Bud, who’d instigated every kind of kitty mischief. Bud, who’d struggled against being put into his bed for the night. That Bud was lethargic, getting thinner by the day and wanted only to hide away somewhere. Theresa was concerned. “Is he being bullied by some other cat?” she asked. “His personality has changed very much.”

It certainly has, and no, he’s not bullied. We know where he is all the time, and we know something’s not right. What is it though? He had a slight temperature, but Theresa didn’t feel it was significant. She’s put him on yet another course of antibiotics – shots which Ron gives – as well as more anti-inflammatory and pain medications. He’s eating so little now that it’s a struggle to get the liquid meds into him through his food.

He’ll need to go back to Theresa for blood work in hopes of getting a diagnosis. She’s puzzled, but doesn’t think it’s feline leukemia; so many kittens here are born with it. While some never show symptoms, others succumb rapidly. 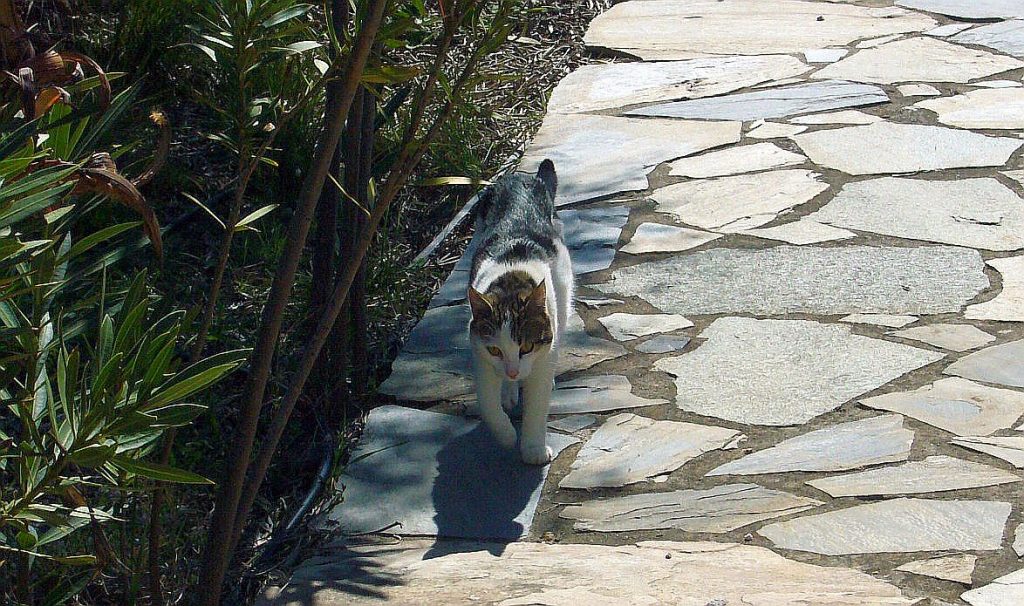 I hope we get an answer soon because this little boy is not thriving. Not at all. He’s not much more than skin and bone now. Even after the drama of being trapped, after nearly dying with that awful throat problem, Bud was a bundle of energy. 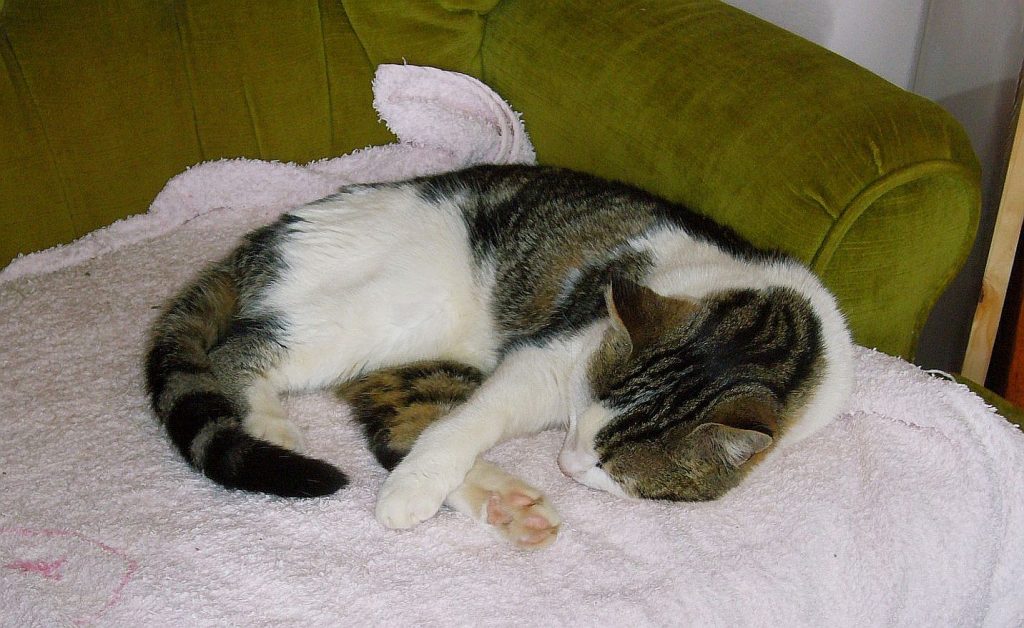 We’re holding thumbs that he gets better.